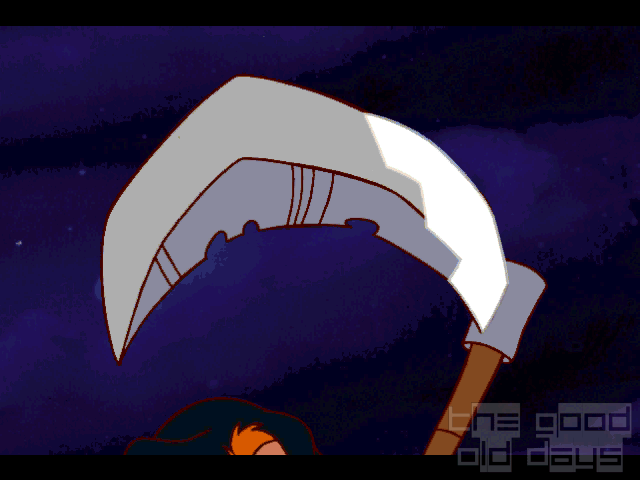 Something's not working right in Discworld. The repercussions can be seen all over. People are still dying as normal, but their souls aren't being taken away. So the dead continue to roam the streets. The mages guild decides to have Rincewind investigate the wereabouts of Death. After taking a couple of twists and turns, the plot has Death turning into a movie star and Rincewind temporarily taking over the reaper role. 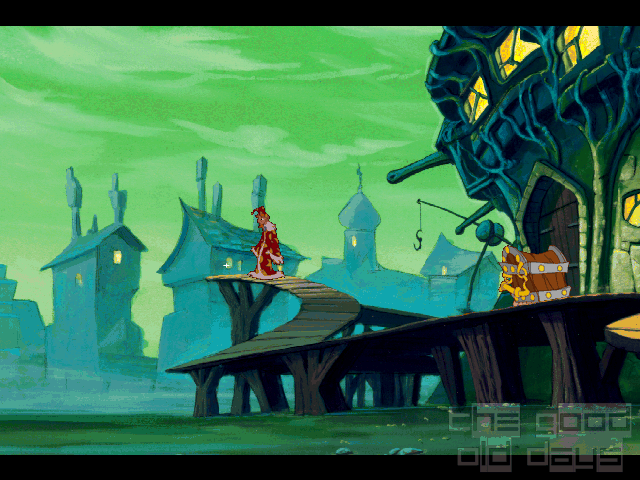 To those who were mourning the death of the Adventure genre as they knew it in the middle of the 1990s, when Myst style games were taking over the market and purely plot-driven “games” hadn't yet found their niche, Discworld II was a revelation. Here was a game which had something akin to a plot, real characters and dialogue while offering puzzles which did not come straight out of a brainteaser book, detached from the world, but which originated from this world and the needs of moving the plot forward.

On game structure, virtually everything is done right. On top of the classic plot/puzzle structure which really intertwines the two, there is the gradual opening of the world. Rincewind's first tasks take him all across the city of Ankh-Morpork. The next act has him travel all across the world (and beyond). Before it… well, we'll get to that later.

Compared to the rather tricky first part, difficulty has been toned down one or two levels, yet it remains sufficiently challenging. Production values are generally quite high, from the cartoon graphics in general and their animation to voice acting (Eric Idle reprises his role as Rincewind). 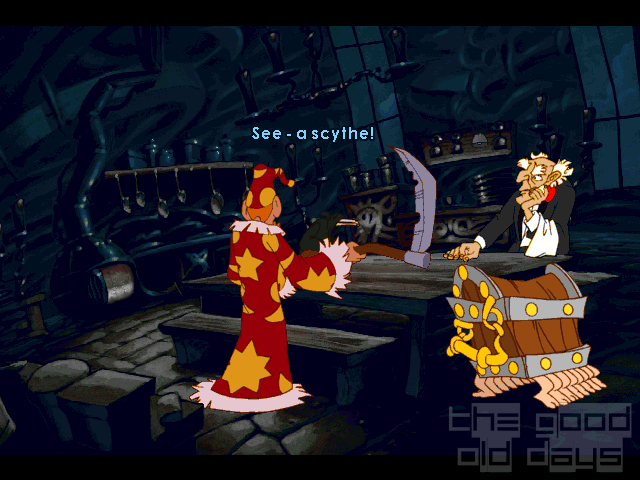 The latter is of particular importance as there is a lot of dialogue to stomach. Could easily be considered too much, actually. Although much of it is actually completely optional, the issue here is that you can never know in advance and therefore need to listen through it all anyway. The good thing about it is that a lot of the humour actually comes from those dialogues. It's a rare find: a game which is actually funny! Even if it cannot be denied that all these conversations slow down progress significantly.

So much of it is really excellent and remains so throughout most of the game. Until you actually get close to the ending. After the amazing first two acts, the third one (Rincewind as replacement Death) offers too little in the way of gameplay, taking place in a completely new, small setting, which is even self-contained. And it goes downhill from there, when the next act then just lets the player blindly stumble around previously visited locations to absolutely no avail, only to reveal a deus ex machina solution, completely out of the blue at a random time. And the epilogue is really just a single scene from the cutting room floor.

There may have been some timing, staffing or scheduling constraints there. Whatever the reason, what we've got is a game which runs out of steam towards the end. Which leaves the player with a sour taste in his mouth; but not sufficiently sour to spoil what had come before. 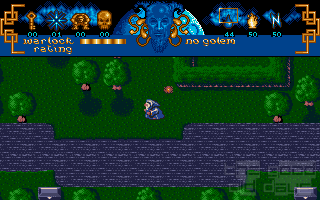