Lords of Midnight III: The Citadel
for PC (DOS) 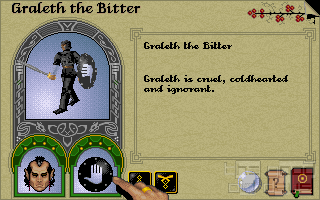 10 years… an eternity in the computer games world. Even if the two Lords of Midnight games had been very popular at their time, who still remembered them by the mid-90s? Which is probably also what Domark thought, just printing “Lords of Midnight” on the box, omitting the “III” shown in-game. Since 1995, another 23 years have passed. So more than double of those previous ten. So in today's retrospect, 1984 and 1995 have moved much closer together, haven't they? 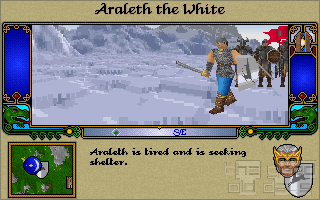 Getting over some aspects on the surface (which will be discussed later), one may think so looking at this third Lords of Midnight installment. This time, it is Luxor who has been kidnapped and his son Morkin, along with his allies, sets out to free him. So basic reversal of the previous part's roles. Gameplay is also somewhat familiar: each character can be controlled directly on his or her journey across the land. That journey being shown in a three-dimensional viewpoint procedurally generated. Friendly and less friendly encouters are handled as expected. Armies and equipment can be recruited or acquired. So far, so good, because this strategic game concept masquerading as a roleplaying game worked really well ten years before.

The one major change being the departure from turn- and grid-based movement. Instead, characters move around the map freely and in real time. With time progressing globally instead of tracking it per character (as in the first Midwinter), this means the player cannot directly control all actions anymore. Long-term commands can therefore be given, like moving to a distant location.

This actually sounds like a pretty good idea. Even though it robs the player of some fine-tuning control (e.g. adapting the route if antagonists are spotted), it could reduce a lot of unnecessary micromanagement. The idea was probably to spend more time on the new strategic overview map where icons representing the characters are moving about. Indeed, it all sounds quite reasonable. On paper. 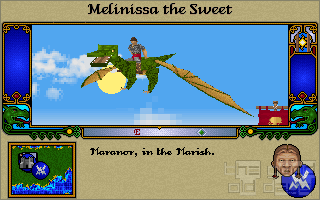 If there is one thing which star designer Mike Singleton almost never got right, it is game interfaces. Even some of his best games are notorious for having unintuitive icons. For one game, his publisher went as far as producing a VHS tape explaining the interface and packaging it along. The two predecessors, being from another generation, used a set of keyboard shortcuts. Hardly intuitive, either, but aided by a cardboard keyboard overlay present in the box and extremely efficient after getting used to it. This newer game goes full force with Singleton-ish unclear icons, all too deeply nested menus, too many clicks required for simple tasks etc. So it's not just unintuitive, but also really inefficient and inexact.

This turns into a burden combined with the real time aspect. Efficient and exact commanding of characters would be required to make this paradigm shift work. So rough commands most of the time which will be more or less executed automatically plus direct control of characters when it really matters? Unlikely, as the three-dimensional view on the voxel landscape leaves a lot to be desired as well. Sometimes, it is not even simple to walk straight and even if you do, spotting your right target (such as an entrance) is all too often not exactly trivial either in the blur of ugly, samey pixel mash.

The few new gameplay features on top of what had already been known from previous games, like simplistic real-time swordfights, ridable dragons and ships can't have taken 10 years to implement. It must have been all the things which actually make the game worse. Real-time. Graphics. Controls. This wasn't a successful re-launch, even if there was still be a complex adventure inside. 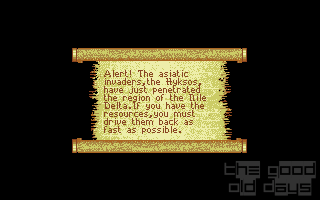