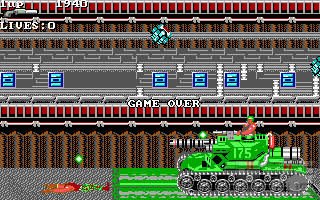 Super C for DOS is a conversion of the arcade run-n-gun game, Super Contra. The reason for the abbreviation in the title not completely certain and is a subject of various discussions over the years.

It is the sequel to Contra, and most gameplay elements are the same. The player battles through various stages in a run-n-gun environment, battling enemies and bosses with a variety of guns and explosives. The game works on a lives-based system, with 1 single hit counting as a loss of life (as well as any currently held weapon powerup). The most significant difference from its predecessor is the replacement of the pseudo-3D base stages with more commonly seen overhead-view stages.

Unlike its predecessor for the same home computer, Super C isn't as flawed and can actually be completed without nearly as much frustration.

You can also select between keyboard and joystick/gamepad for control. The former makes the firing rate very slow; this is problematic as there are many sections where enemies attack in large groups. The use of a joystick/gamepad is almost essential to complete the game. The bosses, however, have been significantly weakened. The collision detection is quite faulty and the player may occasionally get killed for no reason, especially in the overhead stages.

The game starts you with 10 lives and no continues. However, you are awarded 10 extra lives (for a maximum life count of 20) after completing each stage. You also have the ability to save and load the game, akin to save states; this is achieved either through keyboard shortcuts or after quitting a game session. In addition, there is a cheat code for invincibility. Other limitations include fewer music tracks and a small variety of simplistic sound effects. The major issue with this game is the unbalanced pace; enemies move and attack much faster than their arcade counterparts. 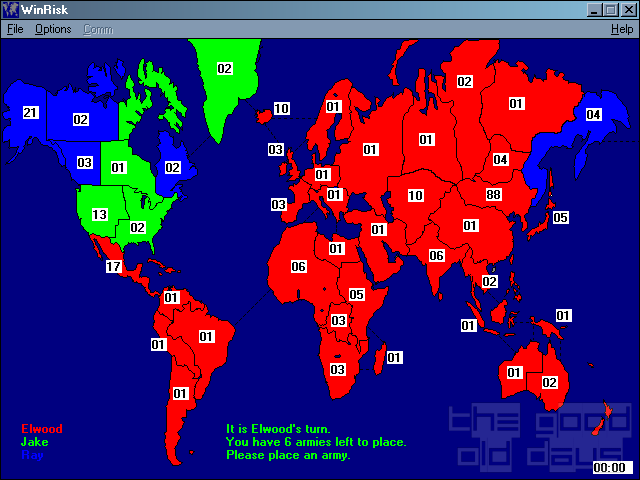