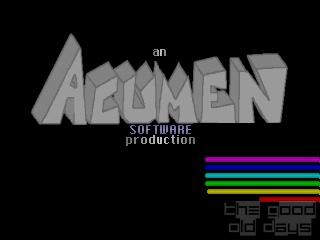 Micro Deluxe is a great little puzzle game where you are Micro and you have to eliminate all the spheres on the play field by redirecting a single laser beam and by rotating mirrors, pushing mirrors and activating switches, by completing this you will get to go to the next level of the game, at the end of each level you are given a code for the next level. It's a good idea to record this code as you can use it to start at that level you were playing when you left the game.

Some levels seem easy compared to others as on some levels there are more spheres on the play field than required to hit but if you're up for the challenge with a lot of thought you can hit them all.

One very good addition to the game was the map. By bringing up the map it gives you a full view of the play field to ponder your moves in placing mirrors etc. to complete the level. Just one tip make sure you leave Micro out of the line of fire of the laser. It is an easy oversight if you are not thinking about it as Micro cannot survive the laser once you have hit fire button and you have to start the level over.

As you progress through the levels there are splitters to split the laser to get to some spheres. Remember the laser beam can only go through the green end not the blue. The blue acts as blocker and stops the laser dead. Some of the splitters etc. on the playing field are not used but you have to work to get the laser to go around them to complete the task at hand.