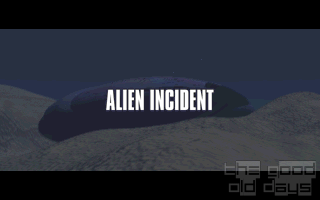 It is the night of Helloween and a mad professor sporting a stereotypical Einstein haircut is experimenting with his latest invention: a worm hole generator. Lightning strikes in just the right (or wrong?) moment and an alien as well as the creatures on its trail along with their space ship are catapulted right into Earth's orbit.

This is where I could like to end the re-telling of the ludicrous plot to our impatient readers. The point and click adventure builds on the most well-worn clichés in the area of ufology and mixes it up with the fairy tale style of the Monkey Island titles so that protagonist Benjamin, although not believable, still comes across as lovable. In his shoes, you will of course be helping this mysterious creature which is being pursued by an evil alien despot who is regularly seen being mean to his underlings. Nevertheless, the adventurer doesn't have to fear for his life: our Benjamin is still the nice boy next door and the only reason for him to die will be of boredom.

The game makes an attempt at signalling a self-conscious irony towards the player which actually caused by some heartburn rather than making me laugh. Nevertheless, graphics, animation and even gameplay are sufficiently welcoming so that trying some puzzles isn't much of a chore. It isn't so much about the thrill of it, because the plot moves towards the inescapable happy ending without larger surprises anyway.

Some puzzles are extremely freaky, like watching a Western on a 3D TV in the course of which an Indian arrow comes shooting straight out of the screen. Sometimes, things become quite absurd: in order to wake a “friend”, you have to deposit and explode some dynamite in the mailbox in front of his house, blowing up the whole house in the process. It goes down on the scale towards plainly stupid: go from room A to switch a lever. Then off to room B for another lever. Back to room A to switch the lever behind the obstacle and voilà, room B now allows access to the lever to deactivate the obstacle in room C.

Putting dreadful humor aside, I liked the pokes at a very popular 8 bit computer's speed, whose raw calculating power lets its users' faces freeze in awe. Homage to 8 bit machines remains a mainstay throughout the game anyway: not only 3.5“ and 5.25” floppy disks, but even a Game Boy finds its way into your inventory at certain points in time. On the green screen on the evil guy's space ship, the retro tennis game Pong is constantly running.

Even if the strange humor doesn't appeal to you, there isn't much to complain about the visually professionally designed game world. Light effects and atmospheric colouring are interwowen into an appropriate stage to dive into this surreal Helloween Alien mixture. Each and every scenery is accompanied by its own small, fitting musical tune, which splashes around under water and really spaces out on the starship.

Reaching new game sections is rewarded by cut scenes which bring the story along. What really struck me is the gender uniformity: the protagonist lives with his uncle, meets his grandfather and receives his father's heirloom. Even if you can never be sure when it comes to aliens, it seems the whole game never mentions the female gender even once.

The game has already paid its price for its extreme peculiarity outside of the mainstream: the Finnish procuced game remained widely unknown. In spite of craftsmanship being excellent, even if the dialogue could have easily been dubbed completely given the available space left on the CD.

It's a recommendable game for the small appetite between meals, as using a walkthrough, you only receive about an hour of gameplay. Young newcomers to the genre or those who stayed young at heart will find mostly logical puzzles which overall make Alien Incident a worthy representative in its class. 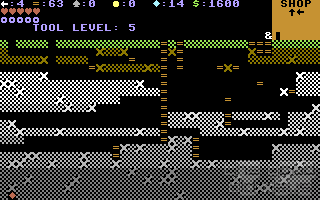