Cataclysm: Dark Days Ahead
for PC 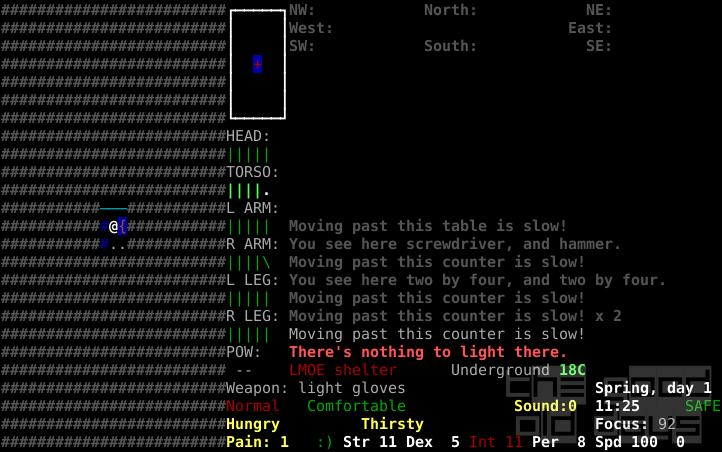 The beauty of open source: when the original developer of Cataclysm stopped, other people picked up the latest code base and extended it to create Cataclysm: Dark Days Ahead. A testament to the original's popularity at the time and a lucky break for all already dedicated and prospective players.

When the original Cataclysm was released and still when it was forked into Dark Days Ahead, zombie apocalypse was a big deal on American TV. The topic was so hot that it was already bordering on annoying: once again slowly shambling living corpses hunting for human flesh or brains? Thankfully, the theme is not all that well-trodden in the area of Roguelikes or even computer games in general yet, so still enjoyable in this context.

What sets C:DDA apart from the rest of the Roguelike genre is really its open-ended nature. There is no one dungeon to dive into to find a magical amulet (or equivalent). Instead, it focuses on survival in a randomly generated, but virtually endless world. Starting out alone in this harsh environment, the immediate needs are fairly clear. Find a makeshift weapon (or build one). Barricade your shelter. Locate food. Avoid roaming zombies and aggressive animals where possible.

Gameplay puts the focus on the flexible world model. When you find an abandoned house, you clearly ransack it, taking everything which isn't nailed down. Though what to do with somewhat broken wooden boards? Sure, nail them to your windows. If you also find a hammer and nails, that is. Sounds like a good idea before night comes and you need to sleep. A wooden stick can be used as a weapon as is, but wouldn't it make a much better one if it had a metal tip, like a spear? Catching a wild animal would do for immediate food consumptions needs, but some cooking equipment would improve this a lot, for sure. Oh, there is an old car standing around? That would be super useful if some of the damage could be repaired and some gas could be found. Don't forget winter will be arriving sooner or later also…

The character system offers similar complexity. Even on character generation, the player can already choose between countless traits, abilities etc., but also pick disadvantages to gain more “character points” to then distribute elsewhere. Many such traits have pros and cons in any case. Just as mutations you may catch (ADOM style). Ability-enhancing substances play a large role as well, but being essentially drugs, they clearly have their downsides as well.

All this makes C:DDA a game of interconnections and dependencies which force the player to rethink his decisions constantly. In a good way, because this keeps the challenge up. You never manage to get clearly settled on a routine, but the game keeps you on your toes, with your mind alert at all times – because otherwise failure (i.e. death) is just around the corner. Even if it were to happen that through a stroke of luck, it is smooth sailing for a period of time, there are always new challenges to be discovered. Hidden in the open world with its scattered shelters, there are actual quests to be found. Lore to be learned and hunted down through further exploration, forcing you out of your safe comfort zone.

Within not even ten years of part-time development (counting the predecessor), the game has evolved into a huge, mature masterpiece which is not only a welcome relief from the typical high fantasy scenario usually applied in games like this, but also goes broke major new ground in terms of gameplay, world-building and many further related aspects. Fascinating stuff.

Ah good ol CDDA. The game where infinite clutter can somehow be useful. Highly recommend this game even as the updates are rather mercilessly slaughtering fun. You will die, guaranteed. It's a lot like Dwarf Fortress in that regard, dying a lot to learn things. But instead of a bunch of screaming manchildren who will slaughter everything, it's just you vs the world of zombies... and aliens... and horrific demons... and plants coming to life... yeah the world hates you. You can absolutely stand up against those odds, though! You just need to be very, very smart about how you fight. Been doing this for a few years and I still get utterly trounced every so often. 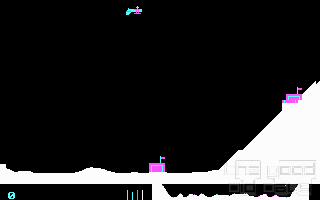