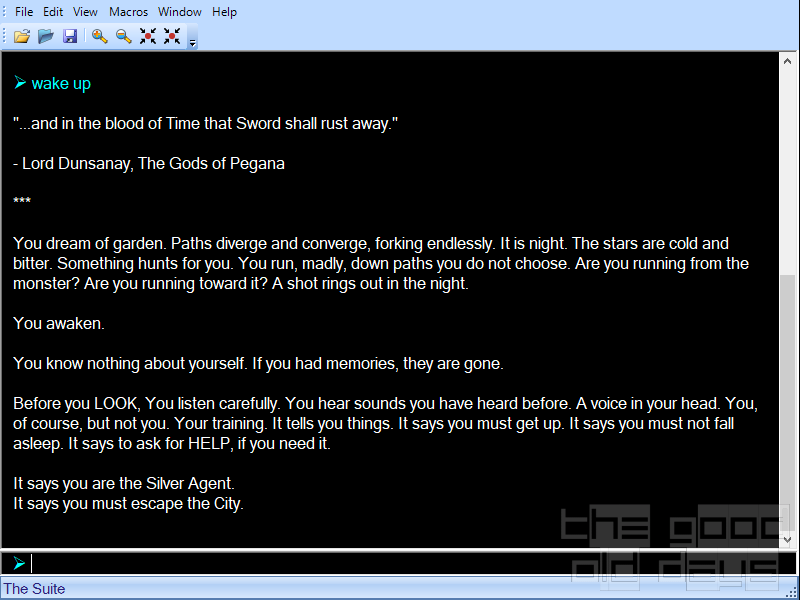 One of the most exciting things about unravelling a mystery is piecing your clues together and trying to make sense of it all. Just think of the fun you can have while coming up with your own interpretation of what is going on or your very own version of the truth. You do not have to be right, on the contrary coming up with a theory which turns out to be wrong can be even more entertaining because it only makes the mystery deeper. And the deeper it gets the more curious and therefore involved you get.

Yet this involvement relies on the art of creating a good mystery, one which actually has a solution and drops just the right amount of hints: Too few and your readers/players lose interest and get the feeling that everything is just a smokescreen with nothing standing behind it or even worse that they are simply walking through a Potemkin village. Too much and they see the conclusion coming miles away and it gets tedious just to go through the motions. So, speaking of dropping hints, it might be time to say what this review is about: Six Silver Bullets, an interactive spy thriller which hits the sweet spot and does almost anything right considering the things mentioned above.

It starts off with one of the ultimate clichés: You wake up with a case of amnesia, alone in a hotel room in a city with no name. On a table you see a weapon and a note stating a bit of information about what you are supposed to do. It does not take long and someone starts knocking on your door. How are you going to react? Do you think you know this person? Can you trust him? Or would you rather be cautious, maybe even try to avoid him and try to gather some information first? As tried and trusted as this might be it instantly leads to that good old feeling of paranoia which suits the genre so perfectly fine.

Plus stereotypes are not that much of a problem if you do not just stubbornly stick to them. While the game might sound like playing it a bit too safe at first, the closer you look at it the more you come to realise that there is a wonderfully elaborate idea behind it, a story that has several layers and a mystery that is a lot deeper than that of the usual spy thriller. It even gets to the point where you start wondering about more than just the simple questions on whom to trust and how to stay alive. The truth becomes more and more important and you will always be just one step away from uncovering yet another piece of the puzzle. But will it fit to the bigger picture?

Another thing that boosts that feeling of confusion is that the narrator uses very concise descriptions. Mostly you are given a couple of short sentences with a minimum of information about your surroundings, told right from the perspective of your character. This makes you wonder whether the city really is that generic and lifeless or whether the protagonist is just perceiving it as such. On contrast the non player characters you meet feel really alive and at times quite talkative. Each one has a distinct personality and their own motivation. And the latter with the general distrust leads to the constant impression of being used or played to do something which you rather would or should not do.

To top the puzzlement off the game throws different goals at you each time you play. Once you might have to kill certain persons, another time you will have to trust and protect them. Since there is a time limit too and you can die on your mission, you will have to try the game a couple of times before you know how to master your obstacles. So be warned: It is a rather challenging game that does not hold your hand and takes some investment, like writing down a couple of things. Yet the puzzles, as hard as they might get, always stay fair and they are solvable without too much lateral thinking or guesswork.

Still you might ask yourself whether it really is worth the effort? If a well-conceived scenario with lots of interesting details filled with clever puzzles are not enough for your, there is still one thing going for the game: The ending. Most of the times when you get hyped up for the ending of a story like this, and after having spun out several ideas on how things will turn out, there is a certain danger of being let down by its actual solution. This is a very subjective thing, but personally I found this one's ending quite satisfying and in my opinion it really keeps the promises it makes. It is a definitive conclusion that comes natural and seems quite logical after all, while still leaving a bit of room for interpretation.

Now, it is rather hard to be more specific without spoiling too much, because it relies heavily on gathering information and piecing everything together and this means knowing as little as possible about the actual story is vital for the game. But just to give you a rough impression on what to expect think of The Bourne Identity, Source Code, Total Recall and while we are at it a Philip K. Dick novel – that is one of the better ones.

Sadly as positive as this sounds so far you have to take all of this with a grain of salt: While the story is superb and the overall gameplay of solving a big puzzle solidly implemented, there are some technical issues which drag things down a bit. The parser is very picky and even though the game does outright tell you what your options are at times, occasionally you still have to guess on how to formulate it right. Plus there could have been a bit more non-essential actions the game could recognise (it does let you sing and whistle though).

This turns it into a slightly flawed gem, but do not get this wrong: Six Silver Bullets is a gem nevertheless. 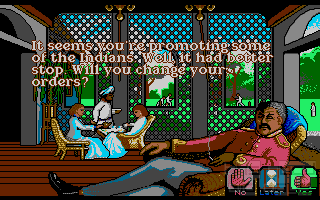