The Forest of Doom
for Gamebook
Also available for: C64 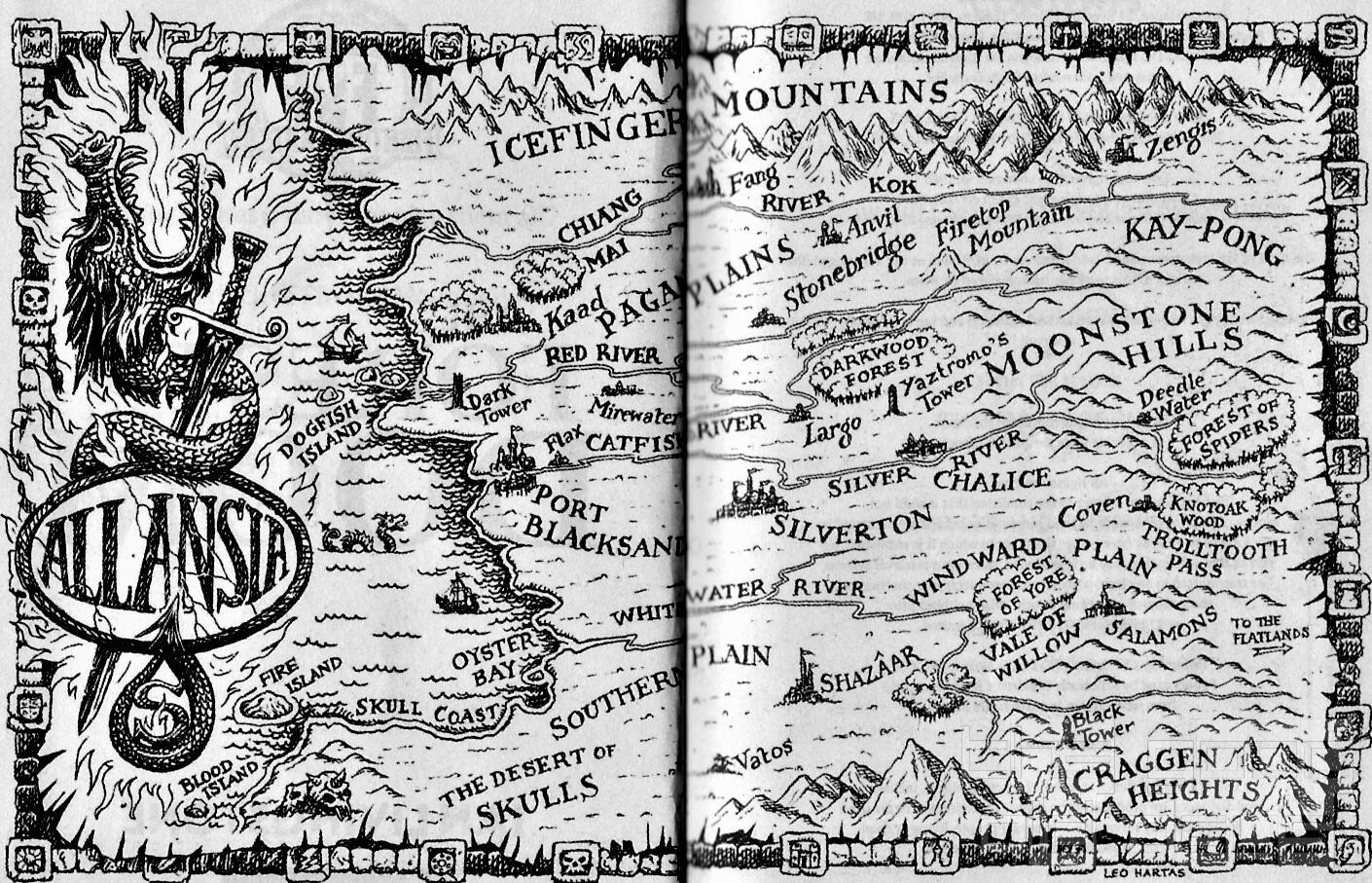 On planet Allansia, our hero travels across the Northern Borderlands without meeting a single soul. Until one night, he is wakened from his sleep only to witness the final words of a dying dwarf called Bigleg. His mission to take a legendary weapon of war to Gillibran, the king of dwarves, at the edge of Darkwood, failed. It has been stolen in an ambush. Without this weapon, the dwarf kingdom of Stonebridge is in danger from warmongering trolls. Bigleg promises our nameless hero great riches if he can find the war hammer again and bring it to its rightful owner. Then he dies right under our eyes.

The third book of the still popular Fighting Fantasy series was first published in 1983. The page scans found in this review, however, have been taken from a British reprint of 2017. The author of both being the well-known Ian Livingstone.

After throwing some dice to create a character, our adventure begins in the tower of a wizard called Yaztromo. It is the first instance of this character making recurring appearances throughout the series. As it happens, his tower is located not far from Darkwood. A multitude of enchanted items awaits our hero there. Giving us the opportunity to spend the late Bigleg's money, unless Yaztromo turns us into a frog before our quest even starts proper.

The player alone decides what he considers necessary and at section 177, the real adventure begins. Sooner or later, some adventurers may need some support, so here is a helpful quote from the Hints on Play section at the end of the book: “The one true way involves a minimum of risk and any player, no matter how weak on initial dice rolls, should be able to get through fairly easy”. This describes the walkthrough pretty well, which contains just two fights: against a quite weak goblin and against the tougher Wild Hill Men. Also you'll need some dice luck in two other places.

This walkthrough will lead the hero along varied activities. Following the paths, some of the crossroads are illustrated with short descriptions of the landscape, making the setting come alive. Everything takes place in the forest, in caves and individual small huts. The path roughly speaking leads us across the front part of Darkwood Forest up until Catfish River. After crossing, some grassy banks await before reaching the back part of the forest where the dwarven city of Stonebridge lies adjacent to.

Choose a way just by intuition, the player will meet sometimes evil creatures of the forest quite regularly. Resulting in numerous fights, which, however, never get out of hand. They are a typical role-playing component. Most of the fights can also be avoided – for example by hiding – or aborted by running away. The fights themselves are fairly random, but the calculation rules based on random dice throwing combined with stats makes the difficulty level varied. The character stats are really the defining factor. Difficult sharply increases with low stats. By simply selecting character stats instead of rolling them, difficulty can be even selected. In fights, two values are of central importance: skill to determine the attack success and strength acting as hit points.

Since the journey goes along a labyrinthine map, the monster encounters appear random at first glance. You will try to get the treasure and items from the monsters in order to find Gillibran's hammer. Almost unnoticed, however, the sections of the map will move you closer and closer to Stonebridge. Where you really shouldn't arrive without the weapon. Otherwise, there is no choice but to start over. 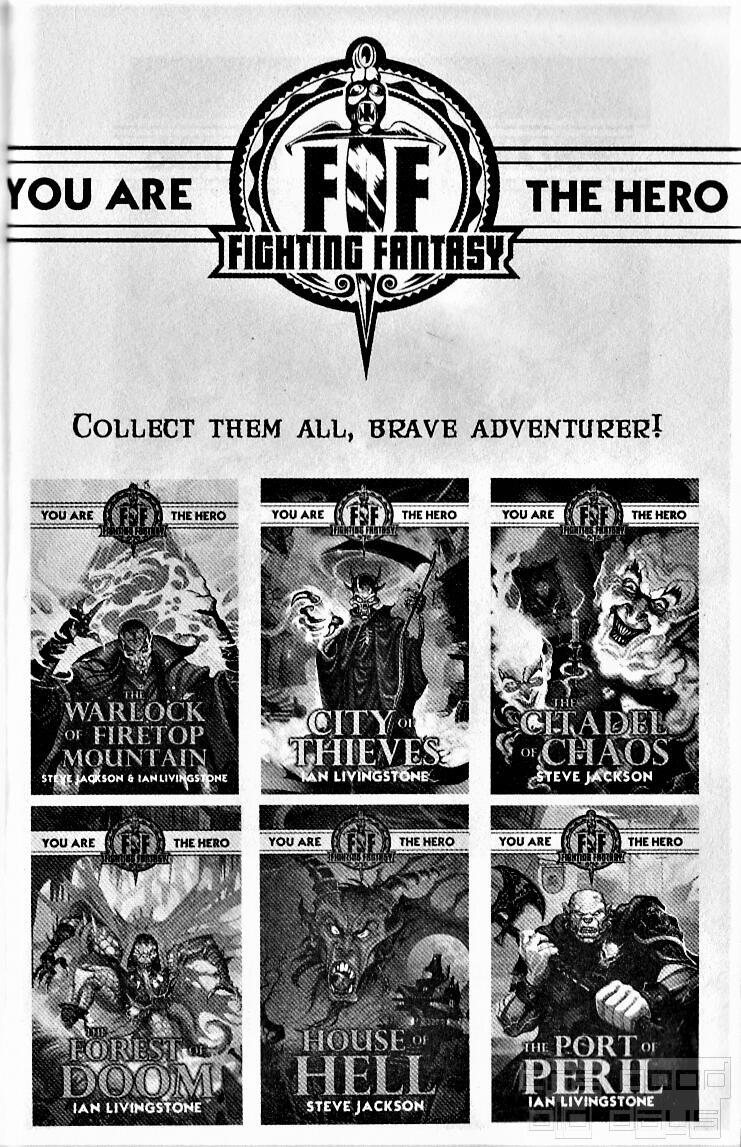 The four possible main routes are really not equal: only one of them will reveal both the handle and the hammer head. Finding it is not just a matter of a little luck and the right hunches, but will likely require several attempts. Nevertheless, the gamebook remains fair about it: in order to get your hands on the final part of the hammer located in the dead goblin's crypt, the door doesn't actually need to be opened with the silver key, but with some luck, it can also be forced.

The sections themselves are constructed in the same way generally: you can further examine the surroundings or enter whatever is there or fight the opponents. Or you can just pass by or run away from the enemies. These samey mechanics is lightened up by the varied location descriptions. A well, for example, turns out to be the dungeon-like home of several goblins. Some random gnome reveals a hint concerning a goblin skeleton in the crypt and its link to the hammer in exchange for a considerable amount of gold. Time and time again, little discoveries on the sidelines of the main path turn into small secondary quests. This makes the game world come alive.

Whether motivation will be sufficient to finish the adventure is nevertheless questionable. Trial and error being the main game element only makes sense if there is a sense of achievement along the way. To name an example from the area of video games: First Level Done. A player down on luck will reach the penultimate section, but without the hammer, he will then simply be sent back to the beginning. Which could easily lead to the book being put aside for good. On the other hand, a lucky player may discover the hammer right on the first attempt and may have a high opinion about the book due to that. Though a roleplaying gamebook such as this rightly expects a certain explorer mindset of its reader. This is where The Forest of Doom hooks in, not least based on its comprehensive bestiary: ranging from a worm and a forest giant up until the Wyvern, almost every stereotypical monster type is present. My personal highlight was the Catwoman of section 130. More than 40 years before this book's first publication, she made appearances in various Batman comicbooks, but her appearance in Darkwood strikes me as surely misplaced. Maybe it is just the author's quirky sense of humour.

More than 30 years after first publication, this book has been reissued in England at Scholastic Children's Books in 2017. I would find children to be a surprising target audience. The illustration style and the overall presentation with the original slogan You Are The Hero clearly point at teenagers. This makes sense, because wasn't it also teenagers who were the main audience for the first issue? To me, this recent reissue is a sign of recognition and quality of gamebooks of this kind.

Is this book still worth reading today, and is it maybe even a highlight of the series? The Fantasy theme is fairly timeless. Today's roleplaying games are also mostly about heroes travelling through forests on their quest for fame and glory, meeting numerous local creatures. Whether the book is a highlight of the series, I cannt judge. I would need to know the rest of the line. Nevertheless, it is noteworthy now accessible it is. There is no long preface, no complex plot, no long-winded explanation of magic mechanics. You can just jump right in with your character. Good character stats turn most opponents into a piece of cake and so the player can freely explore Darkwood to his heart's content. As a quick introduction to the series, this gamebook should be considered a prime candidate. 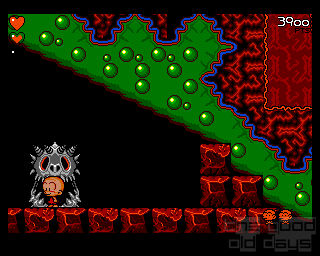