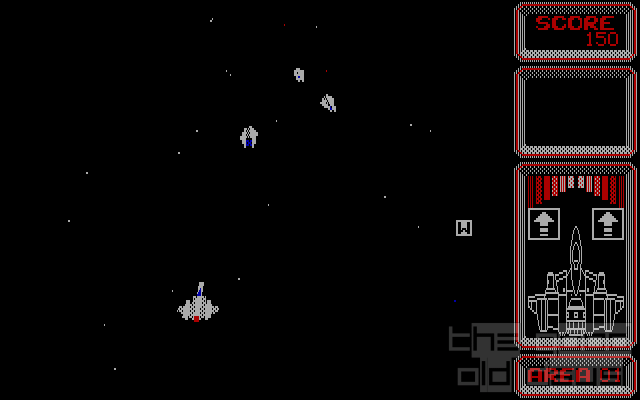 One of the first shoot-em-up games I ever had the good fortune to play. And I have to say, Silpheed is a memorable game. Even though it's old, it manages to not be just another top-down shoot-em-up game to me. It's a difficult game, one that I've never completed. Yet it's fun and memorable enough that I still sit down to take another crack at it once in a while.

One of the different features of the game is the weapon power up system, where you get new weapon power ups in-between stages that affect your ship's left gun or right gun, separately. There's also the standard bonus power-ups mid stage that can refill your ship's shields, give your guns continuous auto fire, destroy all enemies on the screen, or even make you invincible for a short time.

Another unique-ish feature is the concept where as your ship gets more and more damaged, you can lose your weapon power up, and the ship can become more difficult to control. The only other game I can think if that does something similar is Star Fox for the SNES or its sequels, but these aren't exactly top-down shoot-em-ups.

The music is good, especially if you happen to have an MT32. If you don't, the Adlib soundtrack sounds okay, too, with a few memorable tunes.

The game's EGA graphics are OK – ranging from space flight with stars to some later stages where you're flying inside enemy bases that can be somewhat monochromatic. In between, though, are the stages with surprisingly cool looking planets in the backdrop that fill the screen as you continue through the stage.

The sound effects are where the game takes a hit – most of the game is silent except for selected sound effects played through the PC speaker: picking up power-ups or taking damage – or firing your ship's gun. Of course, since you'll never want to stop firing, the continuous beeping gunfire from your ship does get annoying.

All in all, it's not the best shoot-em-up game I've ever played, but it definitely stands out as a memorable, fun-to-play game.

nobleEightfold:
Feel free to share anything about Silpheed (1989) here!
[Reply] 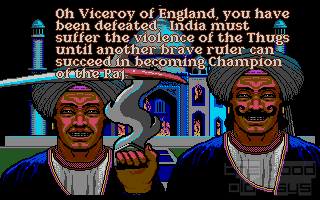