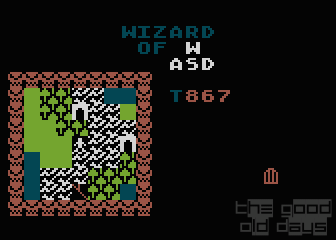 Successful games like Zelda, Ultima, Baldur's Gate and others dazzle us with an atmospheric fantasy world, challenge by fighting against hostile forces and offer a lot of experience for further survival. The top-down perspective – i.e. moving on a kind of world map – is a striking common feature of the aforementioned classics. The player has a top-down view of the environment and his avatar, but without taking over the avatar's field of vision and thus his role – as is usual in 3D shooters. In this kind of flight over the actual scene, the player is a bit further away from the action and gets a more abstract picture of the game's progress. The mentioned game titles nevertheless manage to captivate the player without much effort and integrate him into the story. This is achieved by the perfection of the well-known technical elements like graphics, music, game mechanics and also the psychological incentives, which reward a fight with progress in the story and increase the experience points.

But let us remain on the abstract level. Let the avatar become just a figure on the world map. Let battles only take place on the condition that they are won. Let any kind of graphics be reduced to the symbolic level, let music only beep. Let the game mechanics be limited to the four cardinal directions – forward, sideways and backward. Experience is at the same time the progress in the story, so that trial and error is the only sensible strategy. To crown it all: even the program code should be limited. To exactly 10 lines of pure Basic.

Now we are slowly approaching the meaning of the computer game under investigation here. We encounter a high-concept distillate of famous roleplaying games, an abstraction of fantasy, an attempt to pack an entire genre into one sentence – even one word. Whether the attempt succeeds is, as always, in the eye of the beholder. But here now my subjective experiences with Wizard of Wasd.

The game caught my attention as a participant in the 2020 BASIC Ten Liner competition. The completely non-commercial program comes with its own website as a replacement for a missing manual and packaging. Here the complete source code is published, which in its uncompressed readable version contains more than 300 lines. As a foretaste and as an introduction to the real program, you can also find the background story of the small 10-line basic game. The fact that this story is also longer than 10 lines doesn't really surprise me at this point: The nine most powerful wizards of the small and peaceful island-kingdom WASD created the Dagger of Venn as a precautionary step. With it the small world is prepared for the possible return of the evil archmage Belkor the Blue. The dagger has of course been well hidden to avoid it falling into the wrong hands. As fate would have it, the time to return has indeed come. The evil mage has enclosed himself in a tower on one of the eastern islands – guarded by a powerful creature – together with his entourage and is preparing a destructive spell. The player may take on the honorable role of the potential liberator.

Our hero can be moved in the four compass directions through the keypad “W”, “A”, “S” and “D” – familiar to every first person shooter player. An action key is not provided, because every action like picking up, using, opening, entering or fighting is done automatically when entering the corresponding field. To the annoyance of all Flat-Earth followers, you cannot fall off the edge of the map and other deaths are not possible. The only limitation and therefore a measure for the performance in the game is the number of steps. More than 999 are not allowed. The movement along the map is fluent with the graphics never turning jerky. The controls respond directly without delay. The exploration goes fast. Here a teleporter, there a labyrinth, there a ship to cross the strait. The environment is easily recognizable as such by the colouring or corresponding textures. The game principle is also quickly understood: Find and collect objects and use them at the right place. Flat example: Find a spade in the labyrinth and use it to dig the entrance of a buried dungeon. But also more complicated: Catch a bird with a found cage and use the bird as bait to lure a dangerous snake into the cage. The individual objects are only recognizable as symbols. The rest is left to the imagination. After all, the world map is so big that the 999 steps were not enough to find the Dagger of Venn in the first run. But with the gained knowledge a second attempt was already successful. As an incentive, the author of the game has also mentioned his minimum number of steps that the inclined player should try to reach.

For me this trip to WASD was worth it, because the game appealed to my imagination, awakened the discoverer in me and rewarded me with a sense of achievement in the end. Seriously: for me, this 10-line game is a very hot favourite of the 2020 BASIC Ten Liner competition, because what the author gets out of 10 lines of Basic is terrific. The passion with which this project was realized is reflected not least in a small graphic with the pseudo-cartographic outlines of the WASD islands in the title of the website. Every detail of the overall picture is just right and makes this small 10-line version a playable miniature of its great heroes. My evaluation regards this work of a single programmer as real software art. A comparison with the sporadic amateurish Basic attempts of the author of this review and thus representative for many other Basic veterans is forbidden. After all, the scrawly sketch of a small child never comes close to the balance and perfection of a real Picasso.

LostInSpace:
Feel free to share anything about Wizard of Wasd (2020) here!
[Reply] 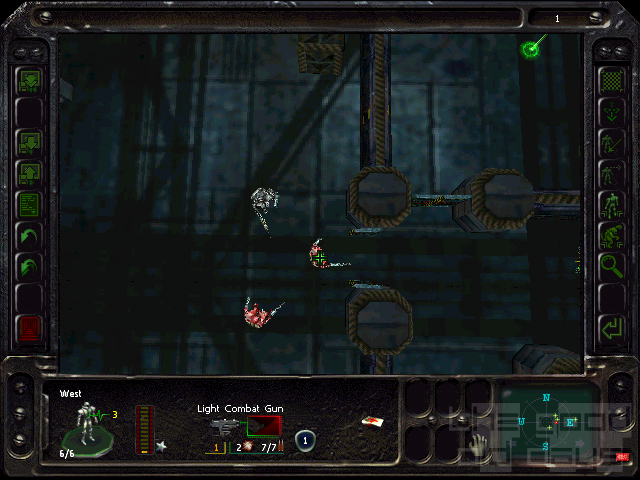