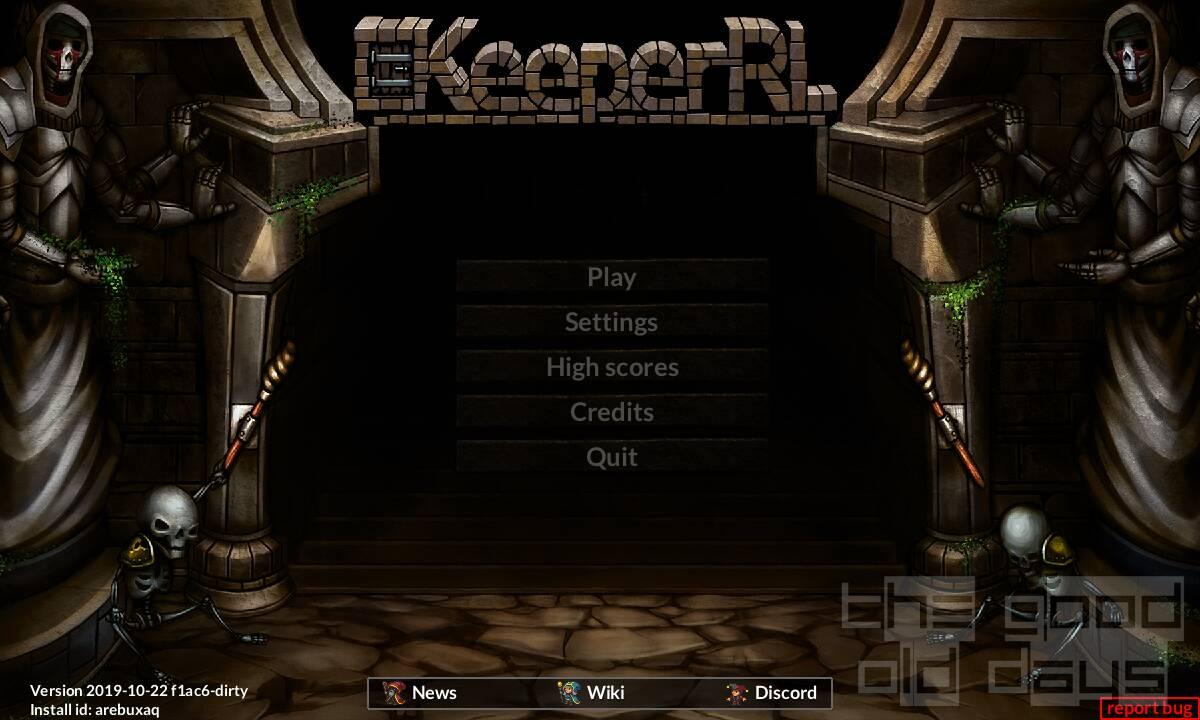 Amazing first impression, full of fresh ideas and instantly immensely motivating. But then, once the novelty has worn off, things turn out not fully thought through, mechanics become repetitive and ugly bugs emerge. Scientifically, this is known as the Bullfrog effect.

A modern-day quasi remake of Dungeon Keeper has the invaluable advantage of 20 years of hindsight interpretation and evaluation of the original. So it may be considered somewhat unfair to praise it as being clearly superior even in its alpha stages of development, as much of the credit for the design and ideas still has to go to the original.

Taking the role of an evil magician or an evil knight (recently, a “slightly less evil knight” has been added as third, not fully fleshed out option), it is the player's expected task to build a dungeon. Offering appropriate accomodation, ways to spend leisure time and money, this attracts all kinds of nasty creatures – ranging from basic orcs and bats to cave bears and vampires. The creatures are then sent to loot and pillage unsuspecting villagers, farmers or monastries. 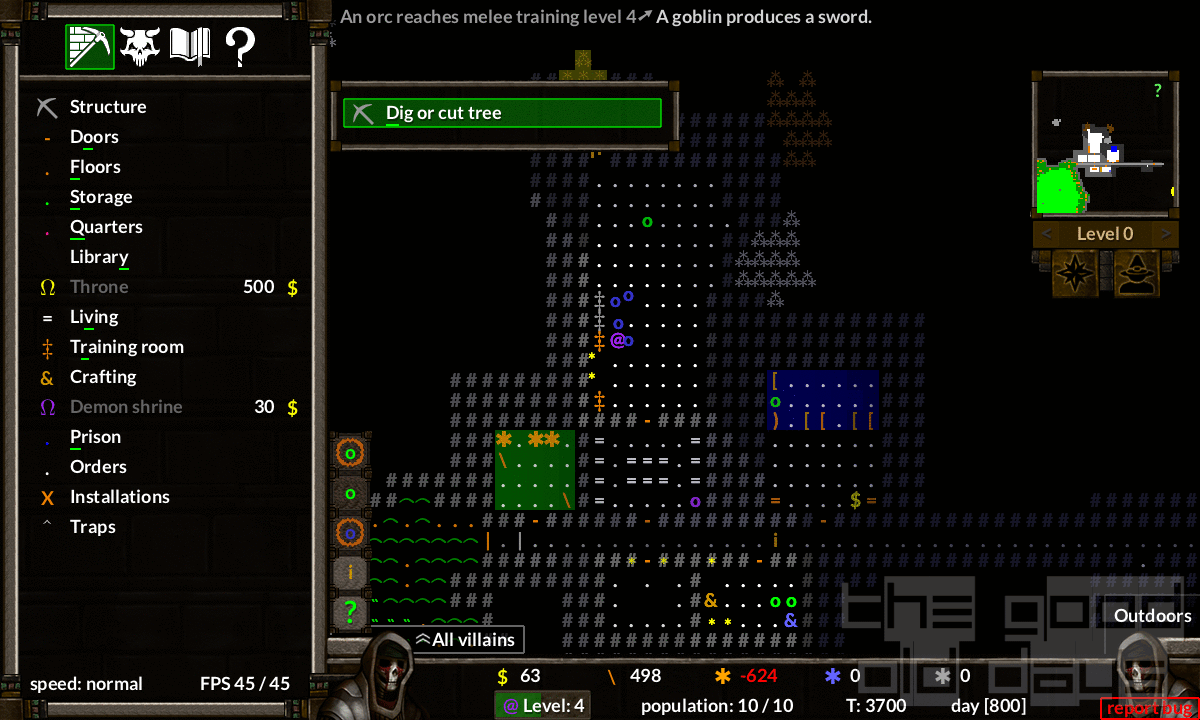 So far, so basic, but then, creatures can of course be trained in various combat disciplines; if sufficient amounts of the right resources are available and the right technology has been researched on keeper level up, weapons and armour can be built and given to the minions. Some types of weapons (physical or magical) being more effective against certain enemies than others. Overwhelmed foes can either be outright killed or captured and imprisoned for brainwashing so that they may change sides. Oh, and keep an eye on morale of your troops, please.

Up until this point, it may seems like a fairly useless exercise to make or play this game when said Dungeon Keeper already exists. Especially as some aspects of micromanagement may go too far, such as being forced to manually install torches to illuminate the dungeon. Yet, small details aside, there are two fundamental design decisions which take the concept to a new level.

First, the battles have been turned into an exciting affair. You may remember in Dungeon Keeper, they basically consisted of wildly dropping all kinds of creatures on the same spot and then watching a huge, chaotic struggle unfold automatically. KeeperRL instead goes into a turn-based, tactical mode. The player can first explicitly select which creatures should form a team and then send it off. This can, by the way, include the keeper character him- or herself, losing which ends the game instantly, but who on the other hand can boost overall team strength significantly. Meeting enemies, the player can then choose to either control just one character while the rest of the team acts based on their own judgement or some general, high-level orders or each character can be controlled explicitly.

Although the contrast to the rest of the gameplay taking place in real time may appear stark, it is hardly a continuity break in practice and fits in rather nicely. The tactical battles take place right there on the same map, helping this seamless impression immensely. Quite different kinds of characters and creatures being available both to the player and as enemies, the tactical challenge is quite complex in spite of easy-to-master amount of action options available. Last, but not least, the world state is not frozen during this time, but life goes on everywhere. 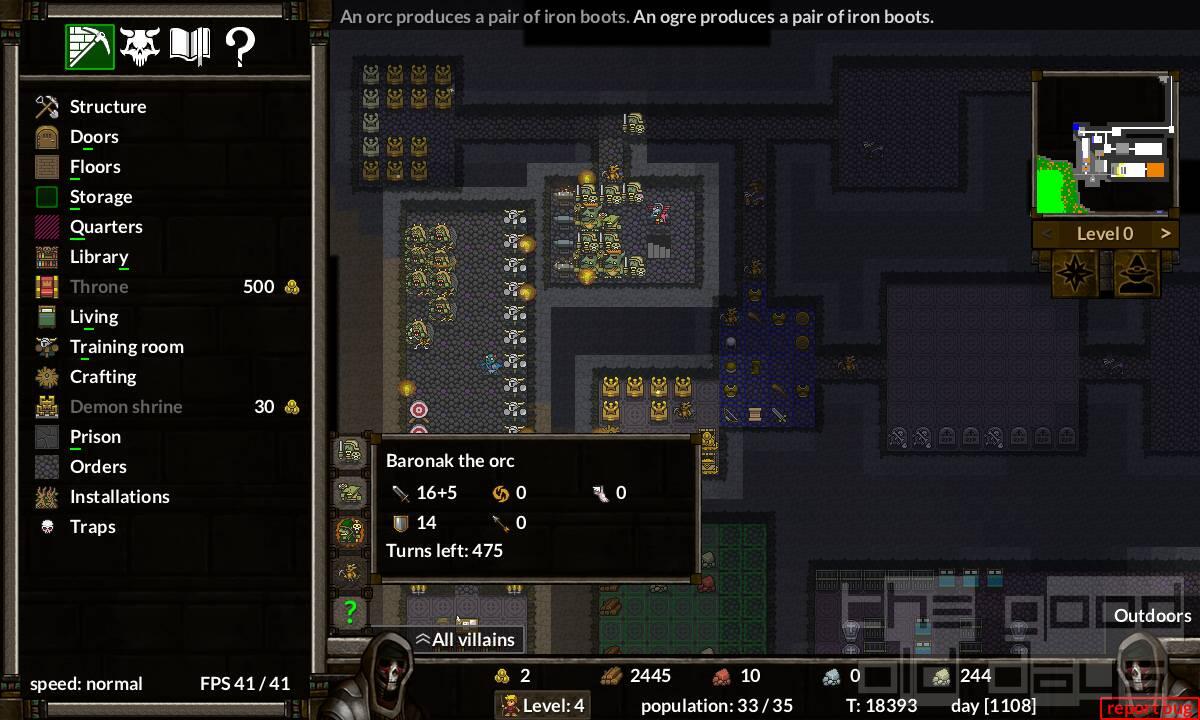 Second and even more importantly, KeeperRL takes place in a fully simulated world. All maps are procedurally generated and consist of outdoor areas as well as underground (and they extend into theoretically endless “z levels”, i.e. you can dig deeper and deeper if you like). Various other actors follow their own agenda within this world. Apart from the aforementioned villagers etc. (a.k.a. “easy prey”), there are also groups of other wrongdoers to be taken care of (a.k.a. “competition”). Bandits living in the woods, other keepers digging their own dungeons, horrors emerging from the depth of the earth etc.

Meaning the big step to emancipate itself from its ancestor is to do away with demanding players to take specific steps in a pre-defined order, hand-made maps basically dictating a dungeon layout and scripted events providing momentary thrills, but taking focus away from or even destroying global strategy and tactical considerations. Instead, by just providing the rules and procedural framework, KeeperRL's gameplay emerges freely and flexibly, leading to new challenges time and time again.

Three side notes worth mentioning. First, there is a second game mode called “adventurer”. In this, KeeperRL turns into a turn-based Roguelike RPG where the player controls a single hero diving into a randomly generated dungeon to slay monsters and loot treasure. Really nice bonus, but it has likely just been included, because the engine allows for it (“we do it, because we can”) and because the older cousin, Dwarf Fortress, does it as well.

Second, the game indeed still declares itself as “alpha”. This shows in maybe not 100% done balancing, major features still appearing in newer versions and occasional crashes upon launching (thankfully, it never crashed on me in the middle of playing). Nothing which should prevent you from enjoying it right now.

Third, there are two versions of the game. The core game itself, with all gameplay and no restrictions, is available for free (and Open Source!). The main world map and everything on it are represented by textual characters, which thanks to the wonders of Unicode is quite intuitive (yes, trees look like actual trees). Another version with graphical tiles is for sale on various platforms or can be obtained by making a donation to wildlife charity. Details on the official website. Both versions can be seen on the screenshots. 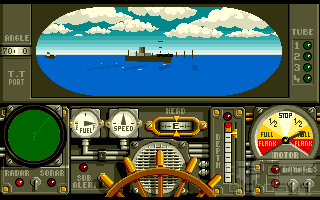