Prospector Pete
for Plus/4 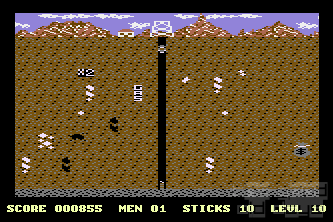 At dusk, somewhere in a dusty desert village, the work of Prospector Pete begins. As always, he descents to the dark tunnel, and as always, a colleague takes the ladder away after him to corral him. He knows the feeling of being jailed.

In order to raise Pete's productivity, his boss had an idea one day. He wouldn't let him climb out of one of the numerous mines before he collected all natural resources inside. Pete is not a man of many words, and so he had assented with a nod. I want to get the work done fast myself, he had thought. Since then, the contract was made.

Volatilely, Pete checks his bundle of dynamite, because he is aware what is going to happen soon. From some distance he finally hears the explosion at the other end of the tunnel. With raving speed, the water comes floating towards him.

Once Pete had asked himself whether this regular flood was planned, too, to make him work faster. But he soon abandoned this thought. Down in the mine, there isn't much time to think anyway because the water is so damn fast. Actually, his colleague and the boss are quite ok. Sometimes, Pete tells them what a mine looks like as they haven't ever been inside of one. Therefore, they most likely refused to give him a scoop when he asked for one. But you can't have anything. Once a month, he may take a handful of dirt outside just for himself. The boss has promised Pete personally he may do so.

Shortly before the water would engulf him, Pete starts digging. With the flood in his back, he proceeds and finds the first heap of the glittering stuff his Boss likes so much. He takes it and goes on digging. The roaring sounds he hears from a short distance are made by the monsters. He knows them, and they know him. They follow him and want to catch him. Many of them were already killed by him and his dynamite. He shook off some of them in the entanglement of lodes, created by himself.

Pete doesn't notice when a day ends and when it begins. It doesn't matter to him anyway. He digs and collects. As he has finished seeking the entire ground, he starts his way back. Short before the water arrives there, he reaches the place where he entered the mine. Outside, a colleague is waiting. Pete places the yield on a scale. This time, he found enough. The colleague passes down a ladder. A monster bites Pete in his ankle, but the blood is washed way by the water. He climbs up the ladder and takes the stuff to the warehouse. Precautiously, he sneaks to his room, because he doesn't want to wake up the boss. As he tiredly falls into his heap of straw, he thinks about what he will do in three hours. He knows what it will be like. The water will come and the monsters. And everytime they get faster and faster, until they will catch him someday. 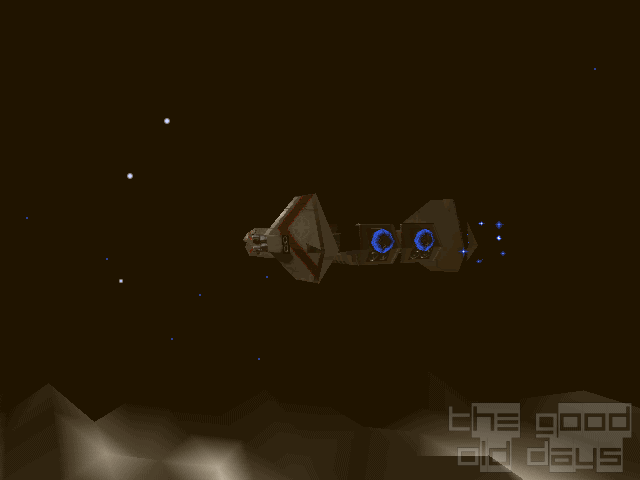