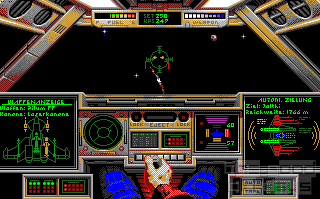 When a first non-interactive demo of this conversion, previously considered impossible to do, was shown to the public, everybody was amazed. Not only was it quite smooth, but thanks to Half-Brite screenmode, it still looked fairly spectacular in spite of slight loss of colour depth compared to the PC VGA version.

Unfortunately, when the game was actually released, disappointment hit. All the main parts of the game were graphically now a carbon copy of the 16 colour EGA version instead. On a standard A500, the machine most Amiga users still had at the time, it ran impossibly slow. The latter could be excused; after all, even the original needed a high-powered machine few people owned to unleash its full potential. The former not so much.

On a positive note, though, this is the only version which received a full translation into another language than English.