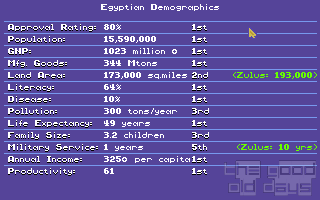 I remember my first time of playing Civilization well. Sitting in front of the A500 hooked up to an already aging CRT TV sporting ten physical buttons to switch channels. Next to me, my best friend. The slow loading times and the virtually unskippable intro didn't bother us in the slightest. Not being aware of version differences, the Amiga port annoyances typical for Microprose at the time, such as unreliable mouse controls, didn't even occur to us, either.

We played a random map. Located on what some time later turned out to be a fairly small island, we founded our first city. Another one followed, but that one was unfortunately overrun and conquered by our first unfriendly encounter with another civilization when we were still in the middle of building our road connection from the capital. Swearing vengeance, we changed our capital production to horsemen. Many years and fierce battles later, we actually managed to overcome their defences again… but storming the city, intending to reclaim it, all we had actually conquered was ruins. 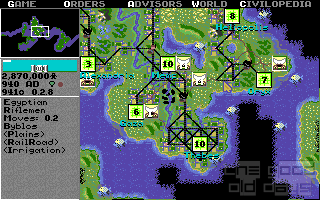 Sending our cavalry further, we finally located the enemy capital. Our armies failed to take it. The next centuries passed locked in a stalemate war between the two civilizations with neither able to gain the upper hand. Of course, strategic thinking and operations were limited. Our planning consisted of drafting as many horsemen as possible and as soon as one was ready, send it forth and hope for the best. Technological advances were severely limited due to most resources being pumped into military and subtleties such as the relevance of streets outside of pure transportation bonuses escaped us (obviously not owning a manual and not patient enough to read the excellent in-game Civilopedia)

My friend had to leave at one point. Spellbound, I played on. And then it happened!

So enthralled by this, I called my friend on our dial plate family phone. Meticulously, but probably totally unstructured telling him all that had occured. Starting with the huge event: lying a bit about how I had been this close to finally attain victory, the ships of a third civilization had arrived at our shores. Making short work of both our hardly developed nations. He couldn't believe it: they had crossed the sea? This technology seemed unthinkable considering what our best scientists had been able to do. We agreed to try again the next day. The rest, as they say, is history. 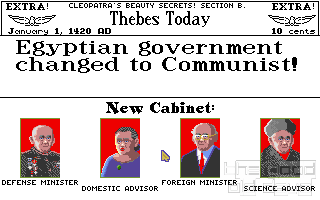 Thirty years later, it may be hard to understand for those who didn't experience it themselves, or even for those who don't remember these emotions equally. Though what Civilization just so intuitively communicated was an unheard of sense of scale. This feeling of being part of a world simulation so wondrous that virtually anything could happen.

Of course, the game looked suspiciously like Railroad Tycoon, a game which we also loved at the time, but it had never sparked this sense of wonder. Mostly playing on the European map, there was hardly any real competition going on in that game, as all four companies could easily co-exist and be profitable. Also, we understood how a model railroad worked (having a large one in our renovated attic we used as a play room), so the rules of the game and its scope were totally transparent to us (even, erm…, without a manual).

Not so with Civilization. The player freedom of how to approach the task at hand was simply unheard of. There had been wargames before. There had been economy simulations before. There had even been the Sim City type building simulations before. Though each imposed a specific operational model to its player whereas Civilization seemed to just do away with it. Said task being none less than the survival and advancement of mankind. It doesn't get any larger than this! 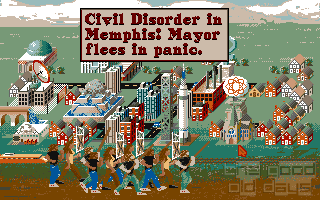 Nowadays, having methodically analysed all the underlying game mechanics and rules, understood and learned how to exploit them, the fascination is a fundamentally different one. It has turned into more of an admiration of the well-balanced combination of aspects (at least when not taking one of those mentioned exploitation shortcuts, which guarantee victory, but aren't a lot of fun). Admiration how none of the mini games feels tacked on, how clean the overall design is. Admiration of how in spite of obviously springing from a cold war mindset clearly promoting “western” ideas of society and economy, it managed to keep all governmental models it includes worthwhile for their very own purposes.

Sure, it is easy in retrospect to point out all the things which some sequels did better. Though it is also easy to forget how many others tried and failed by simply destroying the balance, sometimes exhibiting fundamental misunderstandings of what had made the original game so great. Most importantly, though, it is always much easier to take something existing and improve on it. The original Civilization came out of nowhere. It showed us, how large computer games could be. How big developers could think. How the powerful technology of the day could enable such grand visions. All this, Civilization gave us. Something we always have to remember.

Mr Creosote:
Originally posted by Herr M. at 07:16 on June 2nd, 2020:
Though I have to say: The most interesting part is the beginning and things lose a lot of steam as soon as you hit the industrial revolution. Probably because for one things get repetitive and for two by then you have practically won the game and you are just going through the motions until you eventually win.
Indeed, once you reach conscription and armors, there is nothing to stop you anymore usually. The computer opponents are really only dangerous in the early game. Typical problem with AIs

NullVoid:
Ah, yes, that feeling of "just one more turn" until I was surprised by the sun rising in the east, and I had to be up in a couple of hours for school. It had a few humor elements built in, which were thankfully phased out in the sequels. My favorite is still II, though.
maxthebuch:
Civilization war eines der ersten PC-Spiele die ich meistern durfte. Das gründen der Städte und das Forschen nach neuen Technologien hat in mir die Abenteuerlust geweckt. Noch heute ist es ein sehr gutes Spiel. Es ist nicht zu kompliziert und dennoch hat man viele Möglichkeiten ein Spiel zu gewinnen.
[Reply] 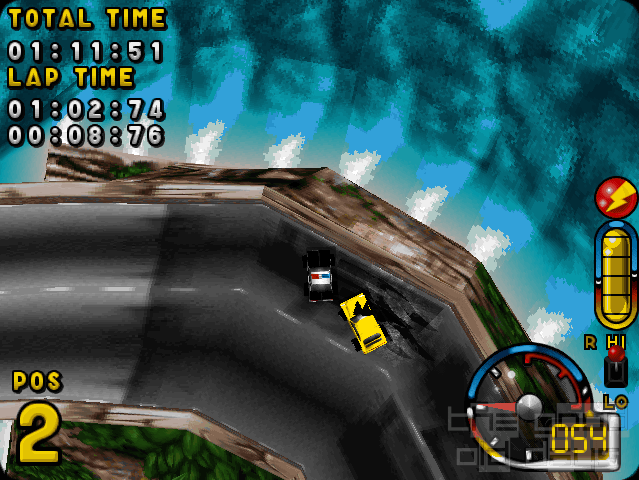