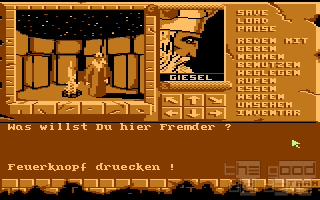 A fantasy world full of castles, palaces and forests attracts the evil forces like flies to filth. This was also the case in this long forgotten part of the world at a time when people still led a simple God-fearing life. The underworld has opened its gates and sent an evil demon whose dark aura covers the land like a grey veil and threatens to suffocate life. As they prepare for the end of time, the priestess Grimhild has a vision of the white wizard Taam, who, according to her afflatus, knows salvation. The immediately informed King Rohdhis immediately sends his messengers through the entire Middleworld in search of the sorcerer. The message reaches the next town and there the handsome son Siegurd of an old-established family, who wants to take the search into his own hands. To do so, he wants to enter the king's service and sets off for Siegelhorst to his place of residence.

A photocopy of this background story and a black and white print of a lovingly drawn map of the kingdom are included with the commercial product. It was exclusively postal-distributed in the 1990s. The vendor Power per Post (PPP) also known as Verlag Werner Raetz has produced some lesser known text adventures especially for the German market. The 8-bit machine of their choice was the Atari 800XL. After the loading process with the two double-sided recorded disks, the impatient player can finally slip into the role of Siegurd and, starting from Umelshöh, make his way through the Ögerwald to Siegelhorst. 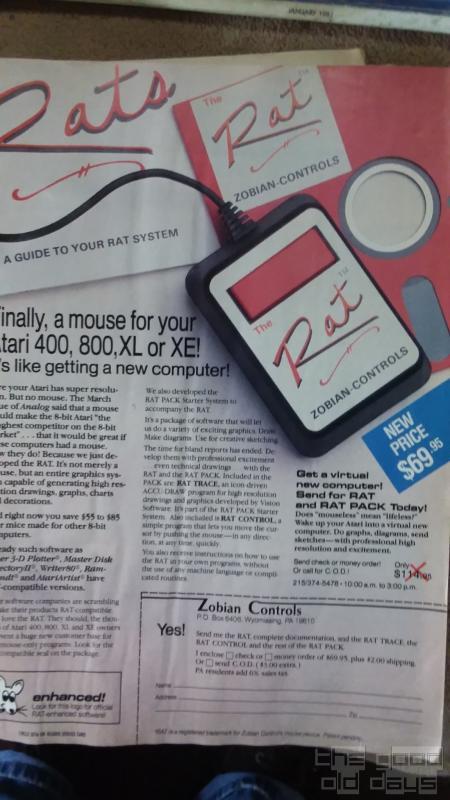 Immediately after loading you will be surprised by a high-contrast, biliously green cursor. An 8-bit game with mouse? And yes, indeed, at that time you could probably buy a mouse called RAT for a lot of money. With this device or with a conventional joystick the mouse pointer is moved over the screen.

Each larger location is first announced by a full-screen picture before switching back to the direct view of the surroundings including the control menu. In a large window, the current position is graphically displayed. In the forest, for example, one sees mainly trees and the course of the path. If you reach a fork, buttons with directional information can be activated.

With the help of these clickable arrow-symbols the player moves from one place to the next. Another window contains the portrait of the person to be found at certain places. A fixed list of buttons can be used to trigger a corresponding action, for example, by clicking on the "Talk to" button. The dialogue system is very pragmatic. As soon as the portrait of a person appears and you have clicked on "Talk to", a static text is displayed.

The wording is unusually brief and written in a harsh tone and one has the impression that what is said does not match the imaginative and detailed graphics. Perhaps this contrast was intended to evoke a humorous-ironic undertone, marking the inhabitants of this fantasy world as equally unimaginative. Only twice in the whole game the player is given the opportunity to make a decision regarding the previous statement. For example, the priestess Grimhild is only helpful after the recovery of her lost son Grimmar. However, he leaves immediately as soon as you mention his mother. Since he is nowhere else to be met, this wrong answer puts the game into an unsolvable state.

The actual interface for the movement in the game environment looks at first glance similar to a typical role playing game akin to Eye of the Beholder or Might and Magic. The controls are actually similar in principle, but a button for fighting is completely missing. The game describes itself in the opening credits as a fantasy adventure and it contains only very few situations where the hero actually has to fight. In such a case just the possession of the right weapon is decisive to win the fight automatically.

In his search for Taam, Siegurd travels not just through a labyrinth, but through a total of four – more or less large – mazes, several times over. The term labyrinth is perhaps misleading, because the player might just as well be in a twisting dungeon. However, not a single monster except a Beowolf stands in the way of the warrior Siegurd, who drops dead simply by the presence of the magical sword called Gilba.

Curiously, the action buttons are not directed at objects in the gaming world. Commands such as "look at the treasure chest" or "use the lever" or attempts directed at your own inventory such as "use ball" or "look around" are almost without exception repelled with "I wouldn't do that" or "There's nothing to see here". The usual exploratory part of a classic adventure game is completely missing by omitting an intelligent parser. All that remains is stubborn trial and error or a walkthrough. The attempt to solve the puzzles on your own was doomed to fail from the beginning after reading this manual.

How can you think that each of the nine types of activity is used mostly only once in the whole game: you "eat" only once, you "throw" only once, you "use" only once. The game does not provide any immanent indications of the specific situation that requires the utilization of a particular activity. The player has to guess what he is supposed to do. In Ögerwald, a crystal ball must be placed in a specific place. But the player does not know where on the over 24 fields the ball should be placed. He doesn't know why the action "put it down" and not "throw it" achieves the desired event. And he does not know either that he has to place the ball somewhere at all. Although the puzzles are in principle simple and linear, the player literally remains alone in the forest without any clue.

About one hour of play time is realistic with a corresponding walkthrough. This way, however, the player is not offered any more excitement in terms of content: The plot is linear and offers no recognisable reference to the background story. The player is only confronted with further seemingly unrelated obstacles in his search for Taam, which seem completely interchangeable. Like for example a dwarf standing in the way. A prince who only grants passage after obtaining a certain treasure and the like.

At least the views of the different locations are quite appealing. The textures of the labyrinths are also different, so there is not too much boredom in the visual sense. The graphics in monochrome brown tones are catchy with stylistic recognition value. A nice title music is also remarkable. The musical accompaniment in-game is a little less successful, as the only melody is repeated all the time. This can be muted without loss, because other sound effects are completely missing.

The release year 1991 is relatively late for the 8-bit computer generation. Apparently the developers tried to make this game equal to modern PC-gaming: appealing graphics, continuous sound and mouse control. Likewise, the game uses a lot of buttons to catch attention with with a pretense of depth. Even the story could find favour despite its stereotypical and stencil-like nature. The combination of role-playing dungeons and classic adventure gameplay is also quite innovative.

All these promising approaches are unfortunately not very accessible in a playful way, because a good parser is missing. The course of the game offers only very shallow entertainment without any real tension that would make it interesting to continue playing. The initially introduced characters remain completely isolated by the lack of playful interaction and do not develop. The dialogues lack any atmosphere.

But the promising approaches are not easily accessible because a good parser is missing. Only hard-boiled lovers of this kind of letterbox games will make the effort to sink in. In the small advertisements in relevant Atari (fan) magazines, a second part was announced, but it never appeared. In the end, after the successful discovery of Taam, the actual saving of the world has still to come.