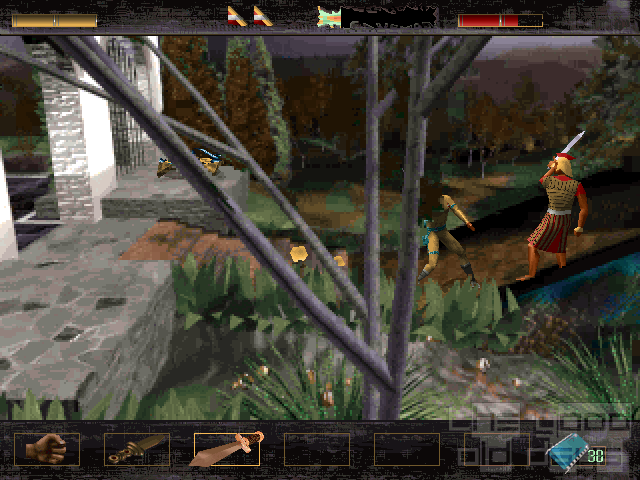 In our world, your technical skills can be amazing, your product can be great, but if all you have is this one product, chances are you will fail on the market. Adeline Software's Little Big Adventure was an earth-shaking triumph. And then, nothing. Until this filler product, quickly slapped together re-using the prototype graphical engine which shortly after became Little Big Adventure 2. 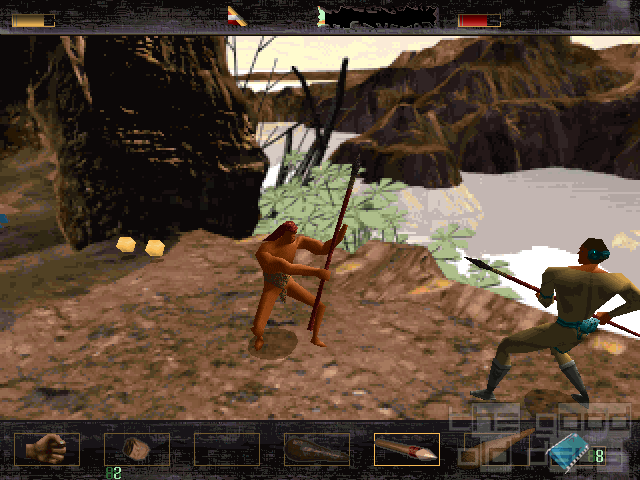 Our protagonist, on a mission to clean an advanced computer system of malware, beams himself into various combat simulation scenarios, each based on a mock historical period. Advancing on a strictly linear path, with almost no option to ever even strafe left or right, memory chips are waiting to be collected, as well as standard goodies (extra health, lives and weapons). The game is a constant forward flow, it won't allow backtracking. Once a certain point has been passed and the camera has moved on, everything not collected is just lost forever. Getting through being the obvious main goal, there are small secrets hidden inside each stage. It may be a special item hidden in the bushes or an optional extra room to explore.

On the way, the protagonist faces opponents with his bare fists or various weapons, ranging from clubs, swords and spears to pistols and laser guns. In gameplay terms, not all weapons are fundamentally distinct. There are obvious implications when choosing a projectile weapon over a short-range one, but weight and range also differs here and there. Against some special enemies, not all weapons are equally effective. Ever tried throwing rocks at a large cave bear? Hint: it mainly makes him angrier. 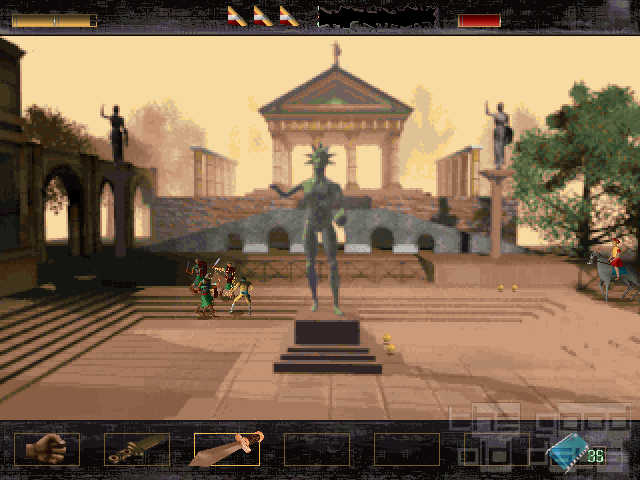 The cinematic basics still being inherited from the Alone in the Dark heritage, although the camera does not perform hard perspective switches anymore, the player is nevertheless dependent on the game choosing the angle, zoom etc. on each scene. Combined with the relational keyboard control of the player avatar, this could lead to major issues with correct positioning during fights, for jumps etc. Time Commando works around this by simply auto-adjusting the player heading towards the closest enemy.

Which is nice, but really just a workaround, and it finally fits into the overall picture. The gameplay concept is incredibly slim to start with. There really isn't much to do. The stages are rather short. Apart from the small break once shooting comes into play, the differences between them are purely cosmetic, and (as LBA2, but ironically unlike the original LBA) the visuals didn't exactly age well. And then, as the final nail in the coffin, the core gameplay mechanic only works by making it semi-automatic? Err…