Cannon Fodder 2: Once More Unto the Breach
for Amiga (OCS/ECS) 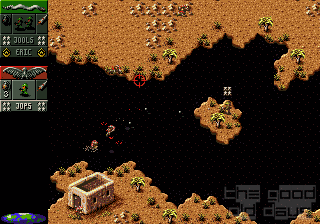 What do Sunny Shine, Wizardry 4 and Cannon Fodder 2 have in common? They have all been designed by luminaries of the game critic circle. What can we learn from them? Put simply: good game critics are not necessarily good designers. This is the short version. Full reality is of course more complex, though especially the latter two games have a number of things in common.

Stuart Campbell had made a name for himself in the British specialized press with his cynical views and writing style. He was commonly considered a 'tough bastard', slamming down on buggy games or those relying on trite mechanics. Quite regularly, he also wrote his critiques from the elitist point of view of an expert gamer. Meaning he didn't just see his competence in the broad knowledge of many games and his ability to put things into perspective, but he seemed to consider aiming at average gamers almost disdainful. 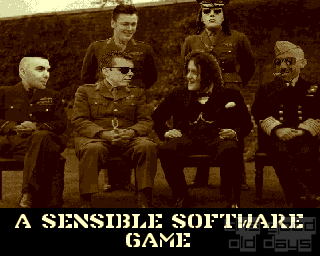 On the left: Stuart Campbell

Cannon Fodder was a game he really loved. Not just that, he held Sensible Software in general in high esteem. For the sequel, he joined as main designer… and as was to be expected, he increased the difficulty level. In a game whose first part had not exactly belonged to the easy side of the spectrum already. A game in which one wrong click had meant instant death for the complete squad of soldiers.

Level design works in different ways, of course. Campbell should be praised for visibly increasing the tactical finesse. Many levels can be approached in different ways, whereas the obvious full frontal attack is almost certainly bound to fail. On the other hand, he also did not shy away from increasing the number and equipment of the enemy soldiers, even placing them in strategically superior positions. The game expects reaction times of its player which are sometimes off the charts. This has nothing to do with actual difficulty anymore, but only with frustration. 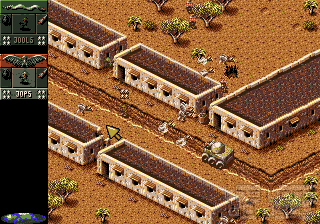 That aside, not a lot has happened. The new levels have been built based on a handful of new graphical sets, but those are nothing but new paint on the familiar. Sure, the buildings and plants look differently, the vehicles have received new sprites, but they all nevertheless fulfil the same purpose. Whether you're driving a tank or a 1930s Chicago gangster car, they seem to have the same engine inside. At least visually, this introduces some variety and as usual with Sensible, there is little to complain about on this side (with the possible exception of the butt-ugly alien levels).

From today's point of view, the questionable decision to release at full price rather than as a expansion disk is not so important anymore. What still counts is game design and the targeted audience. Cannon Fodder 2 is what happens when you listen to your hardcore fans too much. If you follow those who know your game best, who have sunk most time into it. Those who know it inside out. Of course, such players will demand for greater challenges! It's just that although this group may be noisy, it is nevertheless likely a negligible minority.

The idea that professional critics should also be good designers is fundamentally flawed. Beyond the Valley of the Dolls possibly being the worst film in the oeuvre of Russ Meyer does not take away in the slightest from the stardom of Roger Ebert as a film critic. There may be rare exceptions where one person has both talents. Stuart Campbell never tried again – like Ebert. Maybe it was better this way. 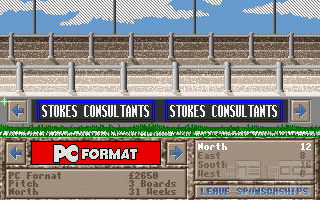