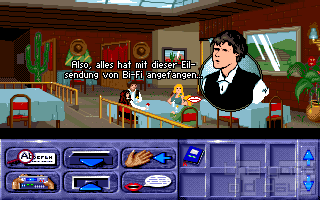 After preventing the apocalypse in the previous game, our hero Lucas is now off to smaller things. He takes a summer job as a messenger. His first task: deliver the script of the latest commercial of Bi-Fi to the studio. The studio manager has disappeared without a trace. Lucas spends his time visiting different productions. There is a suspicious accumulation of “accidents”. Maybe there is something sinister going on?

Classic beginning of a hero's journey

Compared to the first part, the game's style has changed fundamentally. The genre mix has been replaced by a pure point & click adventure, just as players were already used to from Art Department at the time. Market consolidation at work.

It is almost prophetic to characterize the protagonist as a messenger boy, because actually, more than half of his tasks throughout the game consist of such duties. A reel has to be carried to the technician. Then, take a memo to the specialist. Apart from that, there are small support tasks to be performed while shooting. This is where the mundane objects very well hidden in the locations come in handy. Not exactly exciting, but routinely planned. 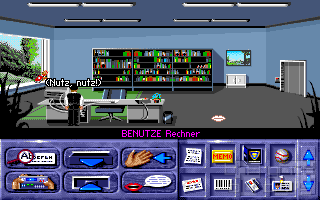 Occasionally, the game is actually funny

Talking about the shoots: there is an honest attempt at generating humor by “spoofing” well known franchises (Star Trek, Beverly Hills 90210, Rambo, Alien and Jurassic Park are all produced here in parallel), but it all falls flat. There isn't even a smile to be had. Little peripheral jokes sometimes fare better – like the elderly party animals or Lucas' feedback for some player commands.

On the positive side, although there are numerous characters, dialogue time never exceeds the bearable threshold. Although many tasks are actually solved by talking, everyone gets to the point quickly. Quite a relief in this genre which at the time started being swallowed up by endless spoken exchanges. 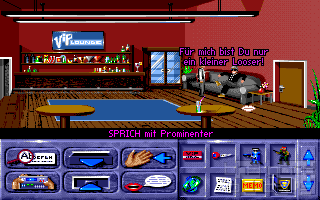 Advertisement for Bi-Fi products can be found all over, but it is never really inherent to the plot or the gameplay. There is a poster here, the cafeteria offers Bi-Fi snack… but finally, none of this receives a real function. No, when you have to free a stuck stuntman, the solution is not to use salami grease.

There is no way around admitting: Action in Hollywood is an assembly line production. The anarchic charme of the predecessor has been lost, aber according to more objectively measurable criteria, it may be the slightly superior game. In the frame of promotional games, Action in Hollywood is above average. It avoids all too cringy moments. It's not a masterpiece, but acceptable craftsmanship. 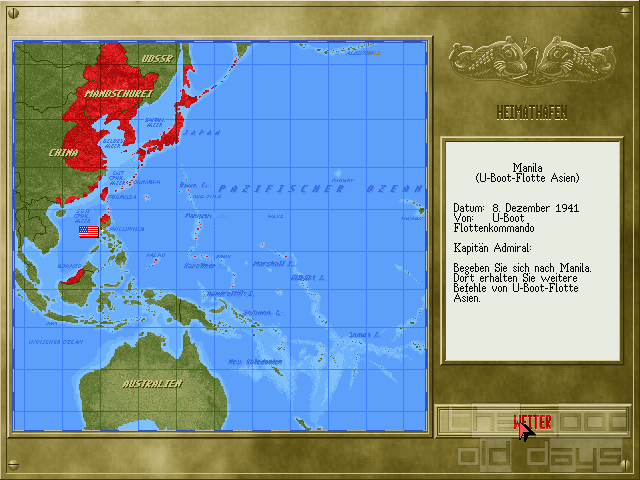