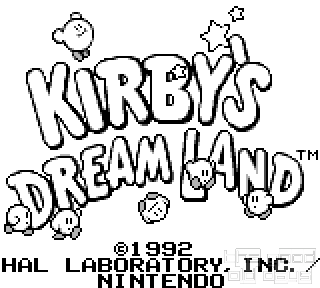 Kirby is a small bubble that can breath in air or small creatures and then blow it out at speeds that kill whatever is in its way. It can jump and fly, and it's got a mortal enemy it needs to dispose of. Welcome to Kirby's Dreamland, one of the easier platformers, which has become hugely popular with the not-so-adept-with-the-controls crowd.

The game is fairly straight-forward: you proceed through four lands, each of which has its own architecture and monsters, and each of which has three stages. You fight a boss at the end of each stage, only to fight the main level boss at the end of each level. After finishing all stages, you fight the main bosses again, after which you meet the final boss. While clearing your way through the usual monsters requires nothing more than blowing air at them, most bosses throw things at you you've got to inhale and spit back at them. Yet, because you can fly and because you can always shoot, the game is much easier than, let's say, Mario platformers.

Kirby's Dreamland is not the first Kirby game, but it is by far the most popular, which has sparked a whole franchise. The first game was Kirby's Adventure for NES, which features the same monsters and bosses, but the level designs are slightly different. Later, Nintendo has released two more Kirby's Dreamland games, both for GameBoy and N64, followed by plenty of other spin-offs, such as Kirby Pinball and Kirby's Trick'n'Tilt, a revolutionary GameBoy Color game where you controlled your character by tilting the gameboy (the cartridge contained a tiny gyroscope). The Kirby franchise is still going strong, and a GameCube game is in the pipeline. It all started, however, with Kirby's Dreamland, which had the perfect mix of difficulty, fun and addictiveness to make the game such a hit. 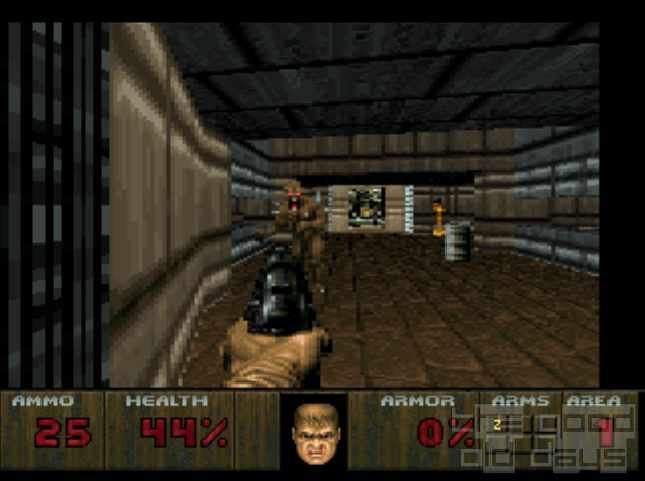