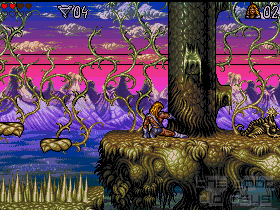 Released towards the end of the Amiga's viability as a commercial platform, Lionheart was never ported to any other system. This unavailability outside the circles of those very few who still followed the dying platform made the game into a legend of sorts. Also due to the marketing ploy Thalion attempted here (and failed with). They boldly announced the game would be released without copy protection (knowing that it would be cracked anyway) and threatening to leave the Amiga market behind if sales were not good. They left, sort of, as soon after, they went bancrupt.

Anti-hero Valdyn, a cat-man who changes appearance almost completely between cut scenes and in-game, is deemed by his king to be the right candidate to retrieve a mystical talisman from an evildoer. Although not exactly thrilled by the prospect of facing a whole monster army alone, he is left with no choice, because after all, the buyers demand a game to play. Oh, and if Valdyn is thorough in his exploration, he may even find another magical amulet necessary to save his petrified girlfriend. An optional secondary objective, always good for replayability.

Basic gameplay is reminiscient of Shadow of the Beast – and the main selling point as well. Loads of parallax-scrolled graphical layers, smooth animations allowing for a wide variety of movement… Technical excellence is there (the rather awkward player sprite aside), and yet, Lionheart is stylistically one of the ugliest games in existence.

Putting subjective visual distaste aside, what the game scores with is the comparatively fine-grained swordfighting controls. Several moves to all sorts of directions are available and overall well accessible even with a single button joystick. As differently sized and behaving enemies may approach from everywhere, this is a good combination for sure.

For a platformer, gameplay does not strongly rely on reflexes. Failure due to all too suddenly appearing enemies or another sort of hectic overload is quite rare. Rather, the genre-typical high difficulty originates from the need to control Valdyn perfectly, never taking a wrong step or jumping a bit too short. Always being prepared for the unexpected. 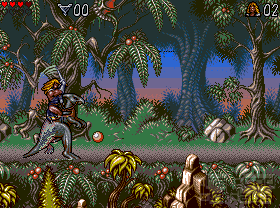 Level design is overall ambivalent. At first glance, it's excellent due to the obvious effort to offer a broad variety. Moving from a jungle to ancient city ruins, a flying ship, a volcano area, a cave system inhabited by giant spiders and a castle not only changes the background graphics, but thematically appropriate enemies, obstacles and other dangers keep things fresh throughout. Even more importantly, the core mechanics are varied throughout. Levels are not just layed out from left to right, but contain different paths and the better hidden ones are usually the ones which contain most bonuses and upgrades. Later, things are going from classic platform fighting to timed jumping, vine swinging, dragon riding and dragon flying.

Meaning it's like several games in one, taking place in levels full of smaller and bigger secrets to find. Only that this implies that almost everyone will find something inside they may like less than the rest. Personally, I found the flying and riding levels to be rather dull and those which involved those swinging platforms (with Flood style rising water to increase pressure) almost impossible to finish.

So, well, it's not for me, in several respects. Nevertheless, it is clear where the cult around it comes from. This is the kind of game the Amiga has been made for, technically speaking. It even does get quite a bit out of this very formulaic genre and although hard, it's not unfair. Unless you are (understandably) repelled by the screenshots, it's certainly worth trying! 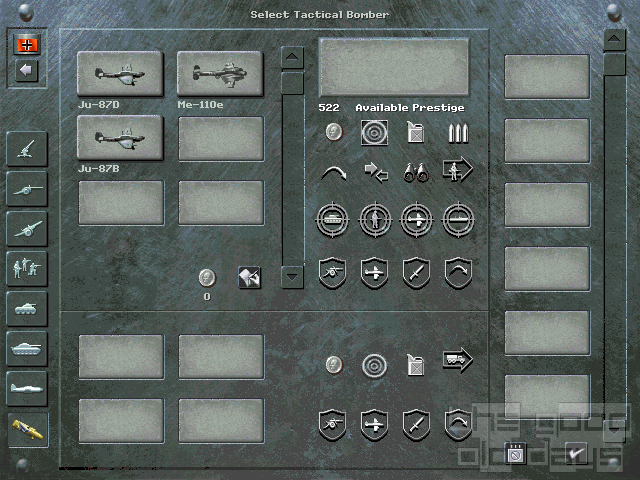