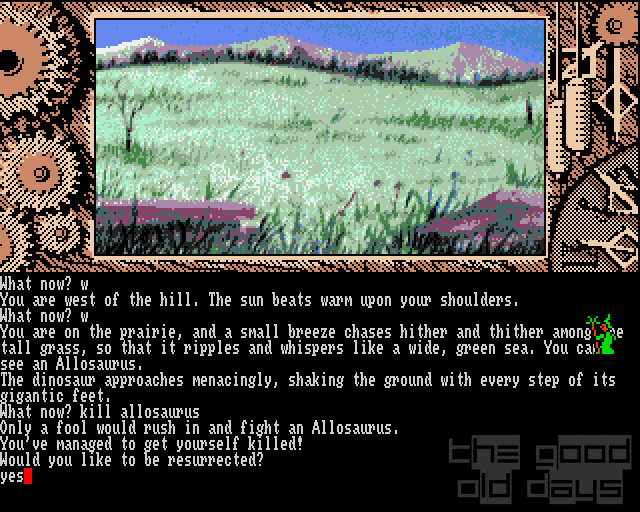 The Time and Magik trilogy retrospectively grouped three initially standalone games made during the first heyday of Level 9. Four to five years had passed since those games had been first made and by 1988, the company was in full swing using a different underlying game system first developed for Knight Orc. With the same game, they also for the first time introduced their trademarked pastel style illustrations.

Consequently, this re-release of Lords of Time tries hard to look like those more recent games. Though it really seems like a bit of a marketing ploy, to have some pretty pictures to print in reviews, ads and on the box, because as you start playing, you'll quickly realize that most locations do not have their own illustration at all. Yes, some look nice, but they are few and don't really add much, as the game itself was written with pure text in mind anyway.

Speaking of the game, it is still the same as released five years earlier. The newer interpreter offers some small conveniences, like quick saving and loading or recalling a previous command, but at its heart, it's still a simplistic two word parser understanding pretty much exactly what is needed to solve the game, but little more. There are minor text adaptations here and there. Sometimes, it seems, to cater a little to more “modern” audiences by providing stronger, more immediate hinting towards a puzzle solution. Sometimes it's additional mood fluff. You really have to actively search for those text differences, blink and you'll miss them.

So, well, if you know what you get yourself into, if you keep in mind that this is a game from 1983, this is the version to play. There is really no disadvantage. Though if you go in naively and expect something like Level 9's later games, like the ones they newly produced in the late 1980s, aiming for a much more literarily elaborate style, allowing much more complex input parsing etc., you may be in for a bit of a shock 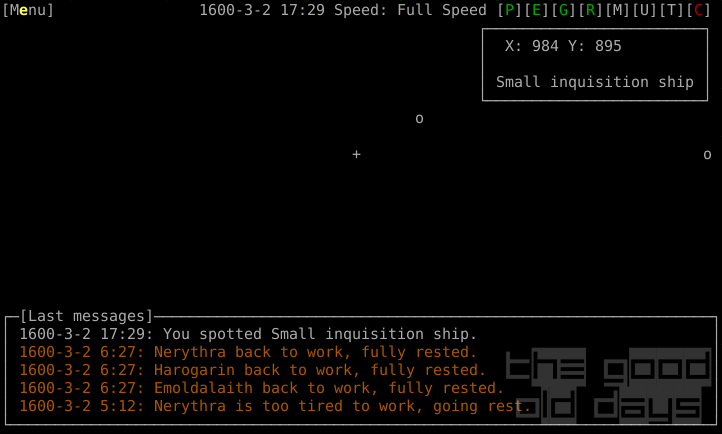