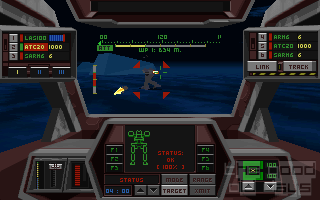 Dynamix had made the first MechWarrior game for Activision. Shortly thereafter, being acquired by Sierra, they lost access to the valuable BattleTech licence. What a coup when they came out with this, about nine months before the (already announced) official MechWarrior 2!

In hindsight, it's hard to imagine how their Metaltech could get a pass in our lawyer-friendly world. Pitting giant battle robots against each other in a futuristic world where the opponents are evil machines (not that this makes any actual difference), EarthSiege is (legally speaking) uncomfortably close to its inspiration. Or (speaking from a gameplay perspective) comfortably close. 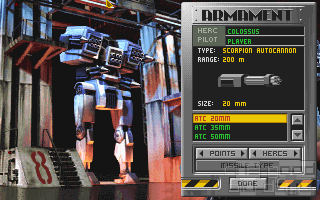 Instead of Mechs, you control HERCs in missions ranging from “destroy all” to reconnaissance or hit-and-run on a specific building of a larger base. HERCs can be customized with respect to their equipment, depending on the mission objectives and the player's preferences. This can include utilizing enemy weapons salvaged from previous battlefields. This customization and upgrade development has always been a big draw in BattleTech (especially in Inner Sphere vs. Clan scenarios) and makes for much of the motivational draw in EarthSiege as well. Getting one's hands on some advanced gun early on can make a world of a difference, especially since the overall difficulty level is quite high.

Of course, HERC control and battle tactics follow the expected notion of decoupling directions of movement and viewpoint/weapon aim. The robots' torso can be twisted to varying degrees depending on the model. This enables quite nice tactics and action beyond the average shooter of the time. It comes at the cost of a somewhat overcomplex control scheme, however. Relying on keyboard alone is virtually impossible. Even with a good simulation joystick, things remain tough, as the torso still needs to be controlled with the left hand on the keyboard – while the joystick's “hat” is wasted for just looking. 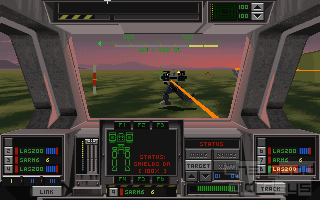 While the mercenary style campaign structure from MechWarrior is gone, EarthSiege amps up the complexity with its squad-based operations. Not only do you have to be careful to tell friend and foe apart when taking aim, rudimentary commands can be given to the “wingmen” as well. At least in theory. In the heat of battle, it is usually impossible to give targetted commands fulfilling tactical objectives.

In other respects, the game is still inexplicably close to its de facto predecessor. Hills exist in the landscape, but they are simply obstacles for free visibility and movement. There is no way to climb them or jump over. The only occasions where aiming upwards or downwards is needed are therefore airstrikes or small gun turret encounters. Five years down the road, this is a little disappointing. 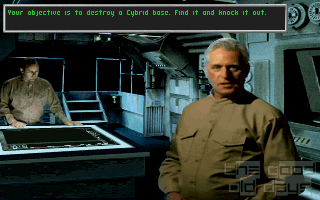 In the spirit of the emerging “multimedia” age, more efforts have been put into some fluff around the core gameplay instead. The “speech pack” (first sold separately, then included in the CD version) makes the other HERC pilots announce their radio communication in audio. Little mechanics (filmed actors) carry around HERC parts in the bay. The commander giving the mission briefing is digitized, too. Though not really appearing in full motion video, but rather manually animated in a style akin to Terry Gilliam's cutouts. It was rather impressive in the day, but hasn't exactly aged well, considering this isn't supposed to be comedy.

In spite of shortcomings, there was really nothing better available at the time for fans of giant battle robot simulations, and Activision surely had their internal team working on MechWarrior 2 doing overtime to beat or at least match it. Is it still worth playing today? This is, unfortunately, not so clear. The rather clunky controls and the close to unreasonably high difficulty do require a very dedicated player. Whether anyone will have the patience to give it that much time today, when there are more polished and smoother genre entries available remains questionable. At least, those who give it a try will likely be able to make up their minds quickly whether to proceed further. 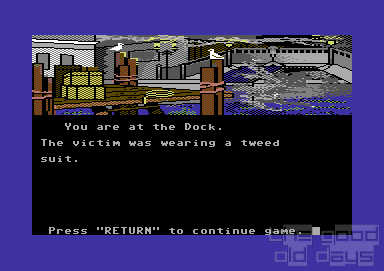