BattleTech quickly made a name for itself in the tabletop world in the 1980s. The idea of giant robots meeting in battle simply appealed to people in a nerdy way. Rules were thought out, balanced, detailed, but not too complex. Also, the system was highly scalable, offering opportunities for 15 minute quick duels up to epic scale when larger armies met. “Larger” was nevertheless to be understood in relative terms. Controlling more robots than you could count with your fingers was uncommon, which made each one count. Increasing the attachment of players to their highly customized creations immensely, giving the whole thing an almost roleplaying-like feeling.

MechForce (early versions were released as BattleForce) is a fully unlicenced computer translation which managed to stay under the radar of FASA's lawyers during its lifetime. Being distributed as Shareware, never visible on a shelf as a physically boxed version, and only available on a comparatively small system, its creator shelled out new versions for several years. An admirable dedication, which inspired a similarly dedicated cult following. 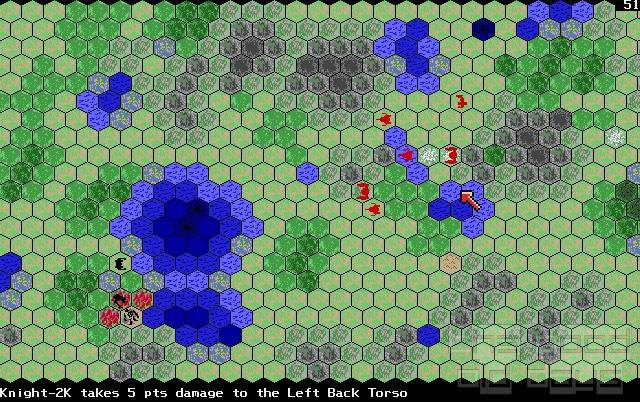 A strong dedication is absolutely necessary as well, as this game has the aesthetic charme below that of a tax declaration form. Along with that comes the intuitiveness of just such a form. Though inside waits something which, for those initiated, is anything but an annoying chore.

MechForce is nothing but the closest computer implementation of first generation tabletop rules, and it goes into every imaginable detail about it – from rolling pilots to equipping mechs and grouping them all in a unit. Maps can manually defined, too, just like mission objectives. Version 4.0, re-titled MechCombat, introduced some second generation elements, such as clan technology and few non-mech vehicles, but otherwise remains the same game.

While essentially, having all these options is good, the thing here is that there is really no alternative to performing all these steps. Apart from map generation, which can be automated, set-up from scratch needs to be performed. A quick-start option to jump right in? None really, sorry. True fans know that half of the battle is decided in the pre-definition phase anyway, so it can be time well spent. Though to newcomers, it is all quite daunting to even get a basic understanding of how all those standalone programmes work together.

In a similar vein, the action on the battlefield takes no shortcuts, either. Roll initiative, perform the first movement phase, swivel your torso, fire weapons, jump… oops, better do a saving roll to keep balance, and so on and so forth. The interface is efficient, no frills, but terms used are certainly not intuitive to those uninitiated. 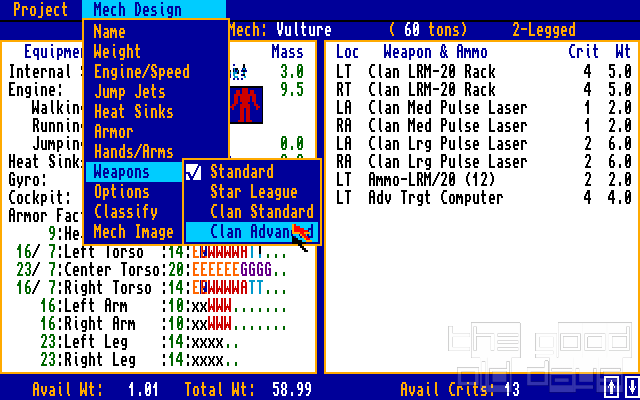 Tactical options are manifold, of course. Energy weapons have cooldown periods, projectile weapons are subject to limited ammunition. Different body parts act as individual damage zones. Overall heat has to be managed. Submerging in water helps, but slows movement and disables some weapons. Height plays an important role in aiming. Some weapons go straight, some take a trajectory (i.e. can be shot over obstacles). Being among trees makes you harder to hit, but then, standing in the middle of a forest fire isn't exactly pleasant, either. And of course, a fully intact and highly dangerous mech can be taken out by simply disabling its pilot.

As in the tabletop, those pilots and mechs will soon grow on you. Losing even just one is a tough blow. When one is captured, you will be inclined to pay ransom. Having few units makes each of them all the more valuable. The aspect of long-term development, both on the ability and the equipment sides, increases attachment even more.

MechForce is a game which grows over time. The longer you play, the better it becomes. The first hours, the first days, maybe even the first weeks are a bit of a drag, but as your self-made “campaign”, your team's career progresses, it shows its strengths.

Don't expect this campaign to have a lot of emergent storytelling or even just variety on the surface. As the tabletop was in its early stages, this game is really just about giant robots meeting. No or few other vehicles, depending on the version you play. No cities or otherwise fundamentally different terrain. If you play on, it will be for the tactical challenge of this unchanging baseline situation and the progression of your team. 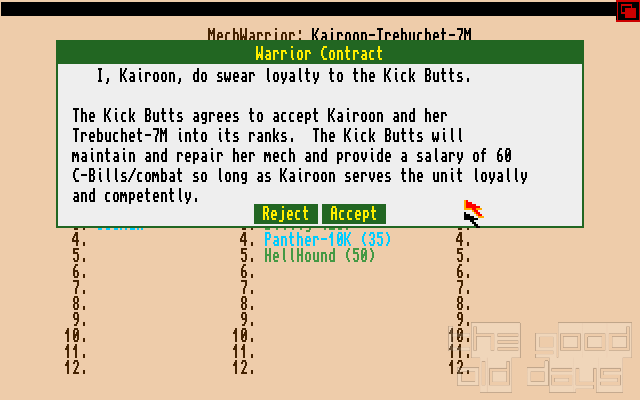 Though then, who will get that far even? Make no mistake, it is not really an adaptation of the tabletop, but a translation to a different medium, and it makes no compromises about it. The computer is merely used to keep track of state and feed random numbers into the process, plus to provide opponents who are always ready, never have other appointments etc.

It doesn't pretend to make anything accessible to anyone who isn't into BattleTech already. Not even those who like the nicely articulated and hand-painted miniatures available in some editions of the tabletop, but it's the game for those who really dig the tactics behind it. Being out of touch with later editions of the world and the rules for sure doesn't help decreasing the entry barrier. Though then, when re-launching it, after years of absence, for the sake of this review, I spent much more time on it again than I probably should have.

On a final point of note, although I kept calling it MechForce throughout this review, if you want to get into it, MechCombat is obviously the recommended version. Released in 1992, it is the culmination of the iterative development under three different titles. There is no disadvantage. Yet, it never had the impact among the fanbase the intermediate version had anymore. Hence, I stuck with the better-known name. 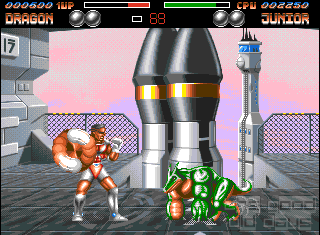