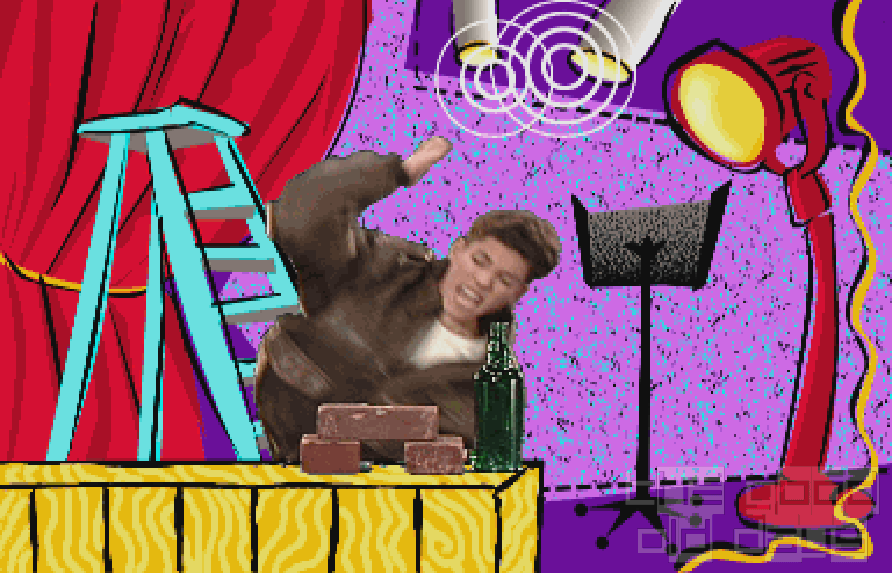 Now, here I am, writing about a game called Girl's Club. After having actually played it. Although I'm not a teenage girl. Oh, and of course, I should mention that I'm playing this 30 years after its release, so it may have aged “slightly” since then. Though if you now expect an avalanche of ranty mocking, you've come to the wrong place. There is hardly anything I can fault Girl's Club with. 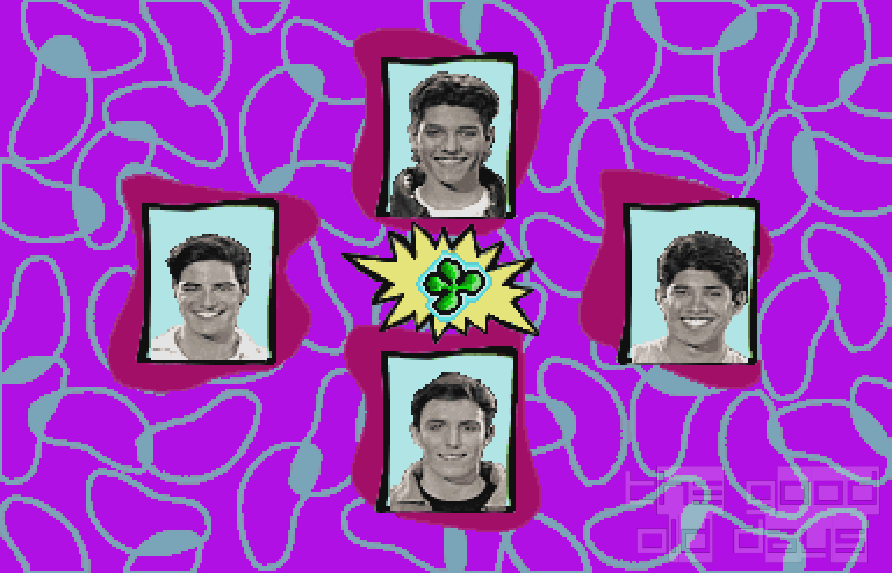 At least two of these are the same guy with different hair, aren't they?

Essentially, the game simulates a cliché teenage girls sleepover party game, where they talk about the boys from school. Giggling a lot. Fantasizing what they are actually like. Gossipping about who likes whom. Do girls really do that? I don't have the faintest clue. But this is what decades of sitcoms and teen comedy films have taught us to believe.

Taking this premise at face value, it is quite slick. Filmed actresses appear in visibly drawn surroundings, making no pretense at realism, but signifying the fun nature of it all. Through several stages, players are asked to define assets of their dream date (clothes style, characters traits…), pick potentially suitable candidates from a pool and subsequently learn more about them. Hoping they turn out as dreamed up.

Spoiler: they never do. The guys up for grabs all have some surprises in store. They are caricatures of TV sitcom archetypes. So no matter who gets picked, there is something to get excited about (because they all look like early 90s girl magazine cover boys) and then to laugh at their quirks. Quirks which finally may even be considered sort of likable. In a dorky way. Because, you know, this is how boys are in this fantasy world. 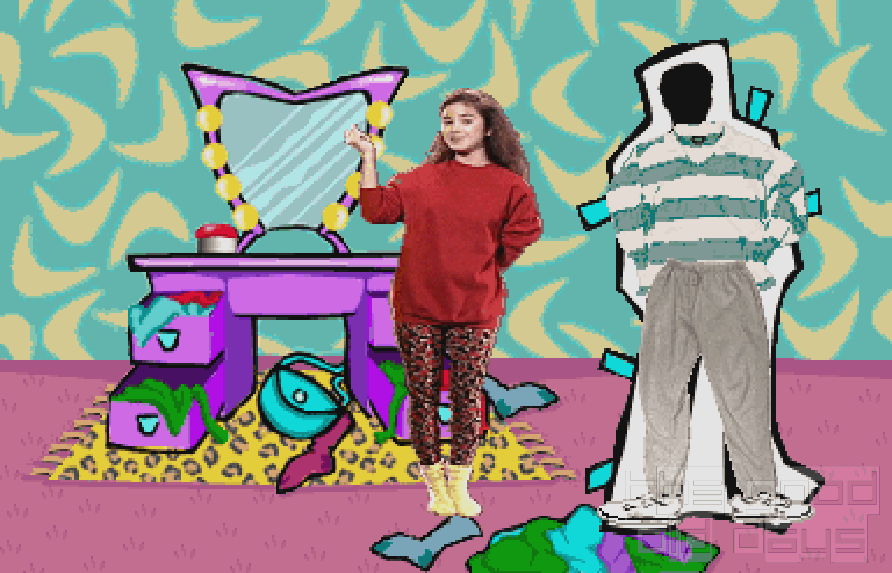 There is no real challenge in classic gameplay terms. In theory, there is some optimization going on as per the rules, but really it doesn't matter much in the end. Most of the entertainment revolves simply around imagining what the virtual suitors may be like, guessing whom the other girls playing may pick and then being faced with the next video clip reveal. It is always good-natured and fast-paced.

The CD-i is put to good use. State is kept reliably, votes can be recorded secretly, video quality is adequate for the time. Production values are quite good. A semi-known actress who apparentely appeared in a short-lived sitcom of the time acts as the game's host. Her scenes are written with some verve, getting well around the issue of her essentially just explaining game mechanics into the camera. Wow, the game even begins with its own signature song! Missing players in front of the TV can be replaced with virtual participants who then also appear on screen, giving more or less appropriate comments on the game's progress and using the CD-i remote (!).

Obviously, it all has its limitations. One playthrough of the game covers four potential dream boys out of a selection of 30. Since all their parts are filmed, too, there is zero variation in what they have to offer, what they will reveal. Replayability is therefore strictly limited. In addition, the one thing the game's rules can be faulted with is that the description of the final date each player has with their selected partner is only based on matching the player's stated preferences with the actual boy. A high matching rate leads to a better date outcome, but the activities proposed do not reflect the boy's character at all (e.g. the environmental protection guy may treat his girl to some definitely not environmentally friendly activities). 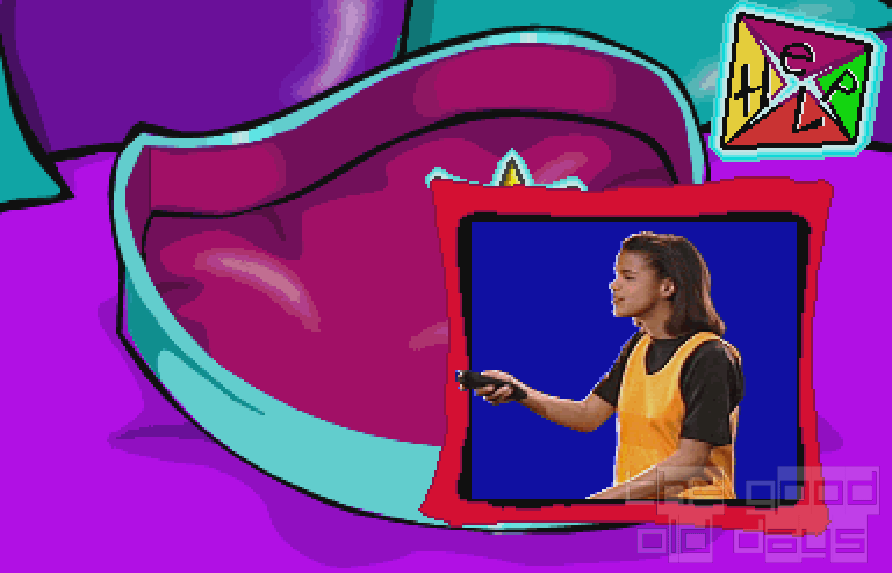 I wonder whom she picked…

But then, maybe this is another part of communicating that none of this should be taken all too seriously. In the end, there is no consequence to any of it. Girl's Club has nothing to offer beyond what it shows on its immediate surface. It achieves exactly what it tries to do. Yes, it may be hard to sit through this incredibly intense performance of what used to be considered cool in the early 1990s – clothes, hair, verbal expressions… It is the Clueless of video game entertainment.

Now, whether this would really work for a group of teenage girls? Some doubt may be appropriate. Wouldn't it be much juicier to make boys from actual school the main topic of love rumors and speculation? We'll never know until a real teenage girl clique does the experiment. What are the chances of that happening? Though then, would any teenagers of today watch Clueless? 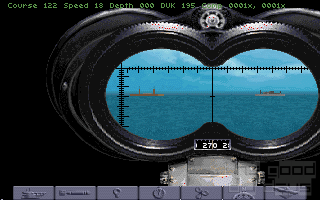