Zelda: The Wand of Gamelon
for CD-i 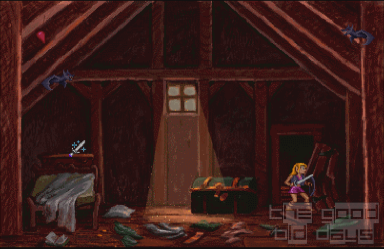 Even with sequels close to the original, giving each installment of a series a fair, standalone treatment isn't always easy. Basic observations don't need to be repeated and anyway, one cannot free oneself of impressions already solidified inside one's mind. 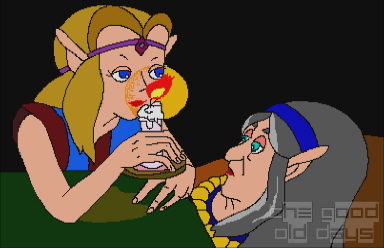 Yes, the infamous cartoon scenes are back

With this game, it is even more severe. It isn't even a sequel, which are often tough enough to find a good angle on to write about. It's a parallel development, this and Link: The Faces of Evil shelled out at the same time. Based on the same game concept, using the same technology etc. At this point, you should probably head over to that other (first reviewed) game and read up on it, as everything said there is equally applicable here…

Still here? Back, even? Well then, let's talk about the few unique impressions which make Zelda: The Wand of Gamelon. One nice thing is that instead of the boring cliché king or the insufferable (if the intro is to be believed) Link, the player takes the role of the only reasonable person of the household: princess Zelda herself. Her father and the realm's “great hero” having disappeared, she takes things into her own hands to look for them. It's “save the princess” reversed, but better than playing an asshole rejoicing at the thought of punching a baddie in the face. 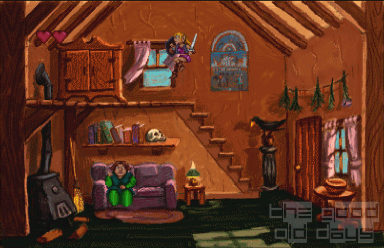 The curtains are flowing in the wind… no, wait, they're not!

On all other relevant counts, Link may actually have the upper hand over Zelda, however. This game's music is technically equally fine, but the composition is rather forgettable. The beautifully drawn, pastel style backgrounds don't fail to impress, but it's even more apparent that they are completely static (which becomes borderline stupid when the artists decided to draw objects which should obviously be in motion – as on the screenshot shown).

On top of that, the rather uninspired level design shows its ugliest heads much earlier in the game. Although basic gating works the same way (objects need to be collected to open new passages in specific places), a combination of timed challenges (in this case due to lamp oil running out) with the rather inexact controls when climbing and jumping really shouldn't be one of the first things to encounter if players should retain their motivation.

Make no mistake: those things held against Zelda all apply to Link, too. Nevertheless, in a game which overall isn't all that hot to begin with, but rather just climbs to a “serviceable” quality level in its best moments, the first impression better be a (comparatively) positive one. Link manages this, whether by design, choice or luck. After having invested some time into an “ok” game already, accepting some stumbling stones later may be bearable. Zelda throws its worst at its player right away and needs some time to get to its better parts. It's unlikely many players will have the patience to even give it that long. 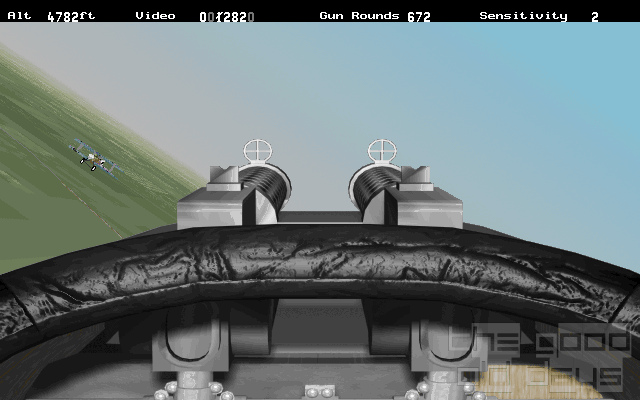