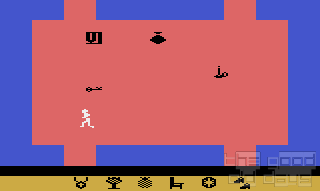 At conception phase of the Swordquest competition which began with Earthworld, the video game market was still like having a money printer in the basement. Then came 1983… and the troubles associated with that year may have been partially related to the sort of hubris which this series was a product of. Suddenly, costs needed to be cut, and a large-scale competition dishing out major prizes was not among Atari's priorities anymore. Their lawyers insisted, however, that the Waterworld competition be held, as it had been announced.

Again, plenty of objects to distribute

They found sort of a loophole. The third Swordquest instance would only be sold through direct mail order to Club Atari members, limiting the target audience significantly. Among those, the competition was probably held, though there was no fanfare, no big event anymore. No reliable records remain. It is not clear whether the crown, the centerpiece of the accompanying comicbook, has ever been awarded to anyone.

Speaking of the comicbook, it actually picks up on pace quite significantly. In Waterworld, Torr and Tara are pitted against each other as they find themselves on opposite sides of a small-scale civil war. While obviously not deep in any way, it is a nice change of tone. 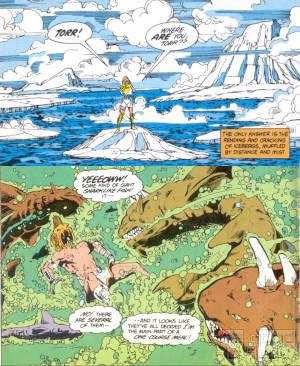 Yup, these scenes appear in the game

What's more, the game removes most of the glaring issues previously found. Not only is it technically sound, there are finally some noticeable thematic links with the comicbook. Like in the accompanying story, the game lets the protagonist jump across floating ice sheets and dive through a horde of sharks. The sceptre, appearing both in the comic's story and the game, has a different function in each, but it's a start.

In addition, room numbers and objects contained within are now actually shown in the main view, eliminating the need to switch to the extra inventory screen. Even better, while intended placement of objects in order to reveal the competition clues still doesn't follow any logic, the game now at least gives some hints how to further proceed as soon as the player is somewhat on the right track. 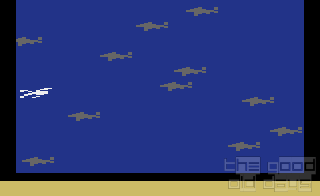 With overall complexity also reduced (only seven rooms remaining) and arcade sequences not even being mandatory to beat, Waterworld isn't just a manageable challenge, but even sort of… fun? It's still far from a masterpiece, but in this execution, the whole concept of the series suddenly looks quite solid and plays not too badly. Had this been the beginning of the series, Atari could have had something there, developed it into a series to be remembered by its artistic merits rather than just the buzz around.

As it was, the game stayed super obscure due to its limited release. The fourth game, Airworld was cancelled completely, the developer having only written some first routines which allowed for no interaction yet. The fourth comicbook had not even been started at all. The competition winners of the first two rounds, who should have had the chance to compete for an even bigger prize in a grand finale, were silenced with a cheque. 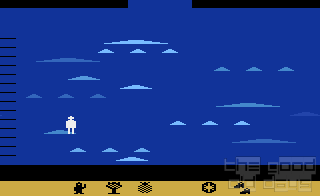 The fate of the remaining artefact prizes remains unknown. There are some rumors, but the most likely theory is that they have simply been melted down again. This would make the chalice, awarded in the second contest, the only remaining one, last reported to be still in the possession of its original winner (2017). One can only dream what this item could be worth to collectors today.

End of 2022, the current Atari pulled an interesting stunt and actually released a game called Swordquest: Airworld, finally completing the series fourty years after its inception. Although in the style and spirit of the three original games, it is of course a “re-imagination” made only in that year. Neverteless, it is a great gesture and should give us all some closure. At least it would if they also released the Airworld comicbook 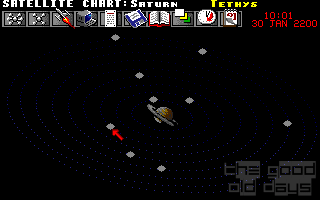