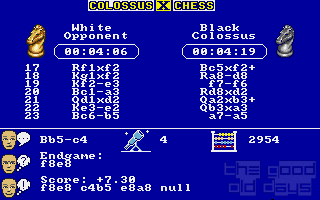 Chess might be the most known strategy games in existence. Who knows? One thing is for sure though: it is one of the simplest. At least the rules are simple. It's easy to learn how to play. Reminds my of the time back when I was working in the kindergarten where I taught this game to a bunch of interested children between 4 and 6. That was the time in my life when I played chess most frequently. Almost every day someone challenged me. Yeah, that was fun! At last some real competitors

I said chess is simple and a lot of people will most certainly have screamed to the top of their lungs at that statement. But keep in mind that all I said was the rules are simple! All it requires is knowing how the different figures can be moved and that it is the goal to 'kill' the enemie's king. As simple as this may be, it is one of the hardest games when it comes to playing well!

The problem with finding good strategies is that there are virtually endless possibilites how the other player can react. Even with so 'few' figures no game is ever like another. And the restriction to a few rules with just a few 'units' results in a pure focus on strategy! No luck, no random factors involved.

Colossus Chess X is through and through an Amiga game. How is that different from a PC game? It has all those snazzy features which aren't important for the 'core game', but enhance the overall value greatly. In this case, the 'multimedia' presentation.

Most chess games are extremely 'dry'. Just a chess board seen from the top, a strong opponent and a vast library of standard tactics. These games are perfect for the wannabe-professional player. But how many of these are there at all? Who can actually use the promised strong computer opponent? Most of the people who are at least willing to give computer-chess a try are hobby players whose last match has been a long time ago! They don't want to get involved into studying books on chess. Why play a game like such a book then?

Colossus Chess X most noticable advantage is its great looks. No irony in that! The 3D perspectives work great, but there is also an additional 'classic' 2D view. The colours are a good combination, easy to the eyes, no problem to look at them for a long time. Especially the 'black' figures have a very nice tone. There are a few different sets of figures, but the classic ones just do it best for me.

The sound is more than the usual, too. You can choose between beeps (annoying), music (classical tunes in FM quality) or speech. Yes, that's right: speech! Just like the Workbench tool we all love so much, a computer generated voice announces its turns and asks you what yours is - just great, that's what I love this game and the Amiga in general for! And best of all: the speech features all the languages supported by the text part of the game.

This is a bit strange: there are several languages, but I don't know how many and which. The 'language' option in the menu just pops up a text field in which you can enter your preferred language. I've figured out 'English', 'Deutsch', 'Francais' and 'Espanol'. There are probably more, but I don't know any more names of languages in their own language (confused?), so I couldn't try.

The computer opponent may not be able to compete with 'Deep Blue', but it can easily defeat me hands down. So I guess it should be strong enough for 99.99% of all players. The only way to modify the difficulty is to give the computer less time to think btw. For beginners, there is always the possibility to follow the propositions of the program for the next move if you're stuck.

Overall, a very nice game. Don't let yourself fool you by the seemingly low rating - it serves the purpose of a quick game very well and playing around with the settings is fun anyway! Don't forget to watch the included ads 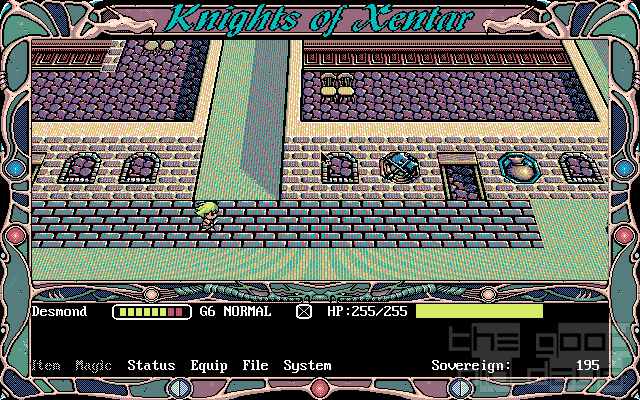