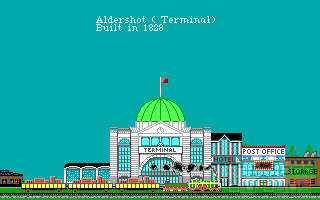 Nowadays everybody relates Sid Meier to Civilization, but there was a time when one of his most characteristic games was not about raising yet another culture, but about building your own railroad empire.

This was back when commerce simulation/administration games were still popular, a genre which nowadays is mostly forgotten, so it was not as surprising as a logical step, a real novelty which mixed a commerce game with a sort of strategy boardgame, like the popular Civilization would do later, adding trains which you could see moving on the map.

The trains moving around, following the routes you create, may sound as little but it changed a lot, it made the world feel alive instead of a bunch of spreadsheets, but at the same time, thanks to the limitation of the railroad network, everything is kept in a mostly static and under strict control context.

So the game added pretty visuals and a nice interface, but at it's core it still works in a very simple way. You build railroads, then place stations, and after that it is time to buy trains and wagons. Of course this all ends being more complicated once you start playing, as not only is everything divided in quality ranges, such as stations which cover different areas or trains with different characteristics, making you choose the best price for each situation, but also, the most important thing on this kind of game, you have to prepare your services to get the most out of them, in what amounts to a fight against the world.

You stations, according to their areas, will control several production tiles, each of them requires and gives certain resources, which your trains will transport when they have the correct wagon.

So the cash comes from connecting two places with a dependence between them, a simple example would be two cities, which require both people and mail to be moved from one another. Then you grab the cargo at the first station just to leave it on the second. That's it, at least until you get enough money to build a processed goods factory will will create more expensive product out of raw materials (no, you can't process people).

You could say that variety, and the problems you have to solve, come from the numbers of goods which exist, but then you have to add to this the different regions, and the dates you can choose, which will affect the trains you can use, and you just found out where replayability is. Yes, each time you play you are going to be doing roughly the same things, but each time the game will be different as you try to optimize your network.

Does this all hold up? When it was published the game was a hit, but the younger enhanced version shadowed it, so much that the original seems to have been forgotten. Well, that seems to mean the remake made it obsolete, doesn't it?.

Things are not that simple, as usual, it's mostly the usual videogame sequel effect. If you just want the shiniest toy, go for the newer “deluxe” version, but if you want to see what people actually played and discover a cornerstone of later strategy games, which is still as fun and easy to play as it was back then, give the original a chance.

It started as a simple model railroad simulator, and was expanded over the course of 6 months. That sounds like a short amount of time, especially considering Sid Meier was the only programmer, and of course it was. In truth, the entire aspect of the stock market and AI opponents - something central to the game's systems - was added in the last 2 weeks of development (and, to be honest, it kind of shows).

This is similar to Pirates! in that (while this is a vast over-simplification), it seems like a game made by two people, one of whom didn't care for historical accuracy in the slightest (Meier), and the other one of whom primarily cared about historical accuracy (Bruce Shelly, who incidentally had worked on the classic railroading board game 1830, which would later get its own video game adaptation). And, like in Pirates!, they two sides meet snugly in a very playable middle.

It is also like Pirates!, and later Civilization, in that it has a glorious, classic manual, in the true Microprose style, going into great detail about how the things you're doing in the game represent the things that went on in the real history. Reading it, and playing the game, you get the sense that this is the most realistic possible simulation of something like railroading that you could fit in a 1990 DOS computer with 640K of RAM (if you have an earlier DOS version, it'll actually run in as little as 512K).

As to the gameplay itself, you start out founding a new railroading company on one of four maps (Northeast US, Western US, England, and Europe), with the start date depending on the map (ranging from 1830 to 1900). You have one million in local currency, half from bonds and half from stock. Each time you play, major portions of the map - such as the precise shape of mountains, the size of the towns, and the industries available - are randomly generated, so that no two games are alike! In one play session, New York could be a tiny village, where as in the next it could be a bustling metropolis!

From there, you can lay track, build stations, buy trains, and set-up the trains' routes across the world. A major part of the game is connecting up industries; deliver coal from a coal mine to a steel mill to get steel, then deliver the steel to a factory to get manufactured goods, then deliver the manufactured goods to a nearby city - raking in profits along the way.

There is also the rather rushed element of AI opponents. There are 3 in any given game; if one of them goes bankrupt, another takes their place. They are all based upon real life robber barons such as Cornelius Vanderbilt and Jay Gould, and they have roughly their actual personalities - some care more for the stock market, some care more for building up their lines, and some go for both. The stock market itself is rather simplistic, you can buy or sell 10,000 shares at a time (how many companies you can invest in depends on your difficulty level). If you buy more than 50% of the shares, you can take their company over. But they can also do the same to you, forcing a game over!

Companies cannot share each others track, and there can only be one station per town. The solution is rate wars, in which both companies half their “rates” for service (revenue down 50%), and after a year whoever delivered more goods is voted by the town to stay, the other being forced out.

The AI is noticeably rushed in that, unlike a typical game of this type, they are not playing the same game as you. The track is laid completely at random and does not follow the rules for your track. No actual trains run on them either; the game simply guesstimates how much money they should be making. This isn't generally a problem if you can get over the annoyance at their “cheating.”

There is also the management of the trains' routes; if trains collide they crash. There is a system of traffic signals to keep this from happening, but you can manually change the signals at any time to try and get trains through faster.

The game lasts either 100 years, until you retire, or until you are forced out due to a buy-out or the stockholders firing you. At that point, you are given a “retirement bonus,” which functions as score, and is entered into a “Hall of Fame” similar to that seen in Pirates! and most entires in the Civilization series. It is a very fun and rewarding game, though the micromanagement at the later stages can get tiresome. I remember in Middle School, I got a bunch of friends addicted to it. One of Sid Meier's best. 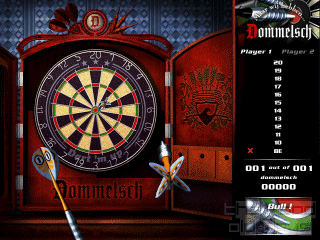