Walls of Rome
for PC (DOS) 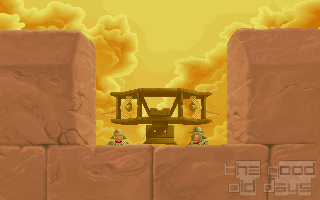 Oh, boyâ€¦ Walls of Rome is one of those games which just make you want to write 'This is a game for the fans of the predecessor' and be done with it. To take the easy way out. Maybe it would be what the game deserves. You see, the game leaves the strong impression of being minimum effort shovel-ware. It is very tempting to dismiss it as such. Released very shortly after Ambush at Sorinor, it is obvious that it was basically developed in parallel to that game after the relative success of Siege. Though where the former game did try to be a logical, spiritual followup which does have its own individual charme, Walls only has the stale smell of a cash-in more-of-the-same sequel. Given its history, treating it as a good faith effort is hard, but let's at least try. 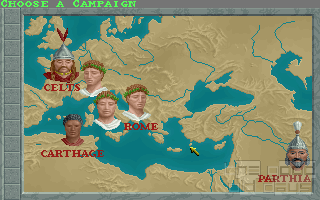 So once again, this is all about attacking and defending fortresses. You'd think the game would be about storming the walls of Rome, i.e. the crumbling empire's last stand, but no â€“ most battles actually take place in the early era of the rising empire. But I digress. The battles can take place in Europe (green-ish landscape), North Africa (brown-ish landscape) or the Middle East (yellow-ish landscape). Apart from Rome, armies from Carthage and Parthia as well as Celts and Picts are involved.

Each side has some different units, though admittedly, this mostly concerns their graphical skins. Basically, the game is all about using ranged units (like archers) and some close-combat units (carrying swords or spears) effectively. In addition, each can be equipped with some special equipment. For attackers, the most important ones would be ladders to scale the walls. 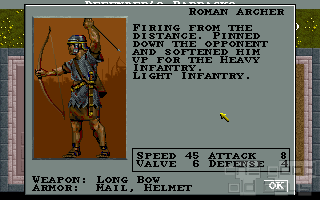 This gameplay, unchanged as it is, is obviously still sound. Just that Mindcraft managed to perform an actual miracle: Everything is really, really jerky! As soon as you unpause the game, things will just jump around instead of moving at least semi-smoothly. To make things even more interesting, regardless of how powerful your system is. The only possible explanation lies in the new graphical skins. Which, although this series has never been known for particularly polished looks, look awfully amateurish.

Apart from that, there is just one major complaint, though, and that is indeed the lack of innovation. The only attempted add-on is the tacked-on campaign mode. That, however, really boils down to nothing. The missions belonging to a 'campaign' don't have to be fought in any specific order and neither are they actually connected in any way. There is no (semi-) historical plot communicated in their course (not even static screens of text). It's just a bunch of individual battles selectable from a world map. Granted, concepts like moving a sort of core army from one battle to the next â€“ to link them within a global player strategy â€“ were only popularized by the Panzer General series a year later, but this is not even on par with what was common at the time and a huge step backwards compared to Ambush. 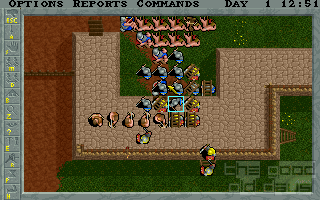 So this certainly does not give the battles an increased amount of sense. At the same time, there is no attempt to tackle any of the obvious technical issues. There is still no sensible zoom level. Units are hard to tell apart, even more so in this all-new-and-improved graphical set. Command icons are hardly intuitive. The game doesn't make it a tad easier to get into.

Now, we should never forget that most of this criticism can also be held against Siege, a game I hold in high regard. Walls, not so much. I first played these games when they were brand new. Meaning, remembering the information from the start of this review, that Walls came at a time when I was already fairly saturated with the two predecessors. While I picked up Siege and Ambush semi-regularly over the years which followed, I next played this game when I first reviewed it for this website, i.e. in 2000. That time, I played the three games in even closer succession and in the same order. Again, I was rather bored with Walls. Since then, I did play Siege and Ambush again occasionally. Walls, I only replayed for the sake of this review again. Again, after playing the other two games quite a bit before. So every time I play this game, the impression is tainted by having just spent a lot of time on very similar games. 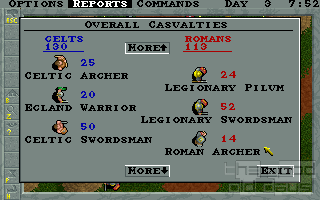 Considering that, am I able to judge it fairly? Probably not. Though seeing the lack of documentation and evaluation of this game on the Internet, it's probably also a problem shared by the rest of the critical community. Apart from the inexplicable performance issues, there is nothing noticeably inferior in this game. Its setting, compared to the overused clichÃ© fantasy world, could even be construed as an advantage (albeit a small one). Still, unlike its predecessors, it never got on my good side.

Dismissing a game purely based on its lack of innovation more than twenty years ago, especially when comparing it to another game which is just a single year older may seem stupid. It does seem sort of irrelevant in retrospect, doesn't it? I can't refute this. Though it is what it is â€“ I never had even a single fun hour with this game. So I can't recommend it. I wouldn't have minded so much if it had come out as an add-on, like the previous Dogs of War. That, at least, would have been honest. Maybe it is more enjoyable played with no prior knowledge of the other parts of the series? Honestly, I would really like to know. If anyone wants to make the experiment, tell us about your experiences in the comment zone â€“ it's all for the good of the world!

Mr Creosote:
Feel free to share anything about Walls of Rome (1993) here!
[Reply] 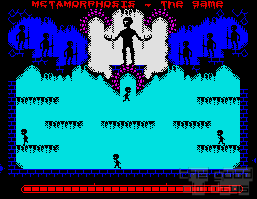