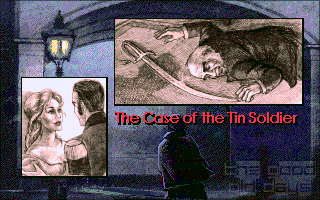 The game is afoot... Sherlock Holmes is back on the screen of your computer and he looks more realistic than ever.... because he was filmed. This is not only one of the first games to be released on CD at all, but also one of the first to actually use this medium (i.e. it isn't just a disk game copied on a CD). Quite a jump for Icom, who were known for text-based games (Deja Vu, Uninvited, Shadowgate and Deja Vu 2) before.

Holmes has to solve three cases: The Case of the Mummy's Curse, The Case of the Mystified Murderess and The Case of the Tin Soldier. Three cases in one game? Great value for the money! Well, let's just say everything is done for a reason: one case wouldn't have occupied the player long enough.

In the early days of the CD-ROM, this was a very common phenomenon: eye candy replaced gameplay. A seemingly unlimited amount of megabytes just waited to be filled, and there was only one thing which could occupy enough space: video clips.

Compared to other offerings of the same genre (often called 'Interactive Movie' back then), Sherlock Holmes: Consulting Detecive is still quite close to being a game. You have to do more than just watch videos and then click once every few minutes.

Each case begins with Holmes or Watson reading something in the paper which gets their attention. You begin to question people you think who might help you to shed some light on this case. Each encounter triggers a new video sequence which you can only watch.

The actual game unfortunately doesn't take part in the game, but in the player's head. From Holmes' register of people (which contains a huge list), you choose the ones you think are relevant. Then you listen what they have to say and draw your conclusions, but without the game telling you of any progress, you have to figure the value of everything out yourself. When you think you've heard enough, you bring the case to the court, name the criminals and tell their motive - case closed.

Arguably, this is the closest thing you can get to Holmesian 'gameplay', because you really have to draw all the conclusions yourself without something else guiding your hand. On the other hand, you wouldn't need a computer for that, some written clues would be enough.

The videos are actually quite well done. Technically, they're on the standard of those days, i.e. relatively small (the CPUs couldn't handle big-sized and strongly encoded ones), but also very clear. Most actors can actually act, they deliver believable performances (as far as it possible to tell from most characters' short appearances) and they seldomly overact. The actor taking the role of Holmes is quite good, Dr Watson is a bit stiff at times. The stories are good as well.

On the whole, the downsides (lack of gameplay, least replayable game ever) are too severe to save the game. It is certainly an above average 'production', but it is nothing in comparison with adventure 'games'. Recommended only to die-hard fans of Sherlock Holmes.

Wanted: The Amiga CDTV version of this game!

I am very curious to see how this compares to the original paper-based games from Sleuth Publication, Ltd. circa 1982.

I spent many hours working through the clues in those cases.
-sherlock27

tempuser305:
I've been looking to play this game for ages... Happy Saturday night gaming!
Darius2219:
This series is one of the best from the early days of cd-rom gaming. live action and hard as anything. I couldn't get anywhere when I was a kid but now they have a lot of these games as coop board games and they play very similarly to the originals. DO NOT pass this up for anyone into mystery, deduction or having your brain cramped!
Mr Creosote:
Feel free to share anything about Sherlock Holmes: Consulting Detective Vol. 1 (1991) here!
[Reply] 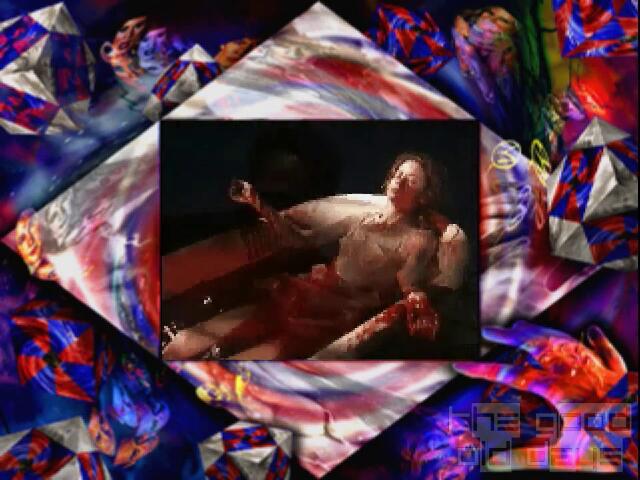