The Last Express
for PC 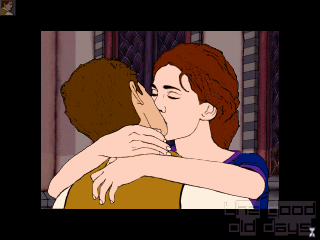 Robert Cath is a American doctor in his late 20s who has been kicked out of the medical establishment for his leanings towards mysticism and interest in ancient and esoteric forms of medicine. He spent the last few years of his life in Paris. Recently however, some of his research brought him to Ireland where he got caught between the fronts of the fight between the IRA and the British army. Suddenly, he's wanted by the police all over Europe - for murdering a policeman. Just then, an invitation to accompany him in the Orient Express to Constantinople from his old friend Tyler Whitney arrives. Cath decides this is the best way out, so he boards the train in Paris... or rather some kilometres later. He opens the door to his friend's compartment and finds him lying on the floor in a pool of his own blood - murdered. Cath has to find the murderer - and avoid being arrested for this crime as well as the other charges himself.

On the train, he finds a mixture of nationalities and classes: a Russian aristocrat, an Austrian musician, a French engineer, Serbian revolutionaries, a German industrialist and many more. What none of them knows is that this will indeed be the 'Last Express', because it's July 1914. In a few days, the first world war will break out and the Orient Express won't exist anymore for almost twenty years...

Personal and political intrigue on such a historical background and at such a historical and 'naturally limited' place as the Orient Express is of course virtually screams for a game in the same vein as for example The Case of the Cautious Condor. The Last Express follows pretty much the same gameplay, just more interactive: You can walk around completely freely in the train in 3D view. You can see all the other people move as well, they don't just 'hop' from one place to the next. What you actually do should be familiar, though: observe meetings, listen to conversations, search rooms.

The game's strong point is certainly the multiple plots you're following. Different people of course have different problems and plans. They care about different things. Did that insinuation the young lady over there made refer to that mysterious African 'excellency'? Or was she talking about something completely else?

Where it shines in addition is the cinematic quality. The setup of the scenes, the cuts, the musical score, it all blends together perfectly. The backgrounds are three-dimensionally rendered. For the characters, real actors have been filmed and then stylishly 'painted'. In spite of what most people think, this is not comic style, but if you look carefully, you'll notice the unmistakable signs of Art Nouveau: clear lines, no shading. Making a game set in a certain historical period look like an artistic style from those days is a stroke of genius!

All dialogue is of course completely spoken. To make it really authentic, you'll hear many different languages. Depending on whether your alter ego understands that language, you'll get subtitles in your main language (the game is available at least in English, German and French) or not. Good to know there are more people who think it's silly to have a French family talk amongst each other in English. Only strange scenes are the conversations with the train staff: they say everything in French, Cath answers in English.

What The Last Express isn't is an Adventure with inventory-based puzzles. If you want to dislike it for that, fine. If you want to bash it for that, I have to tell you that's unfair - you're bashing the genre of mystery Adventures, not this game. This game has all the interactivity you can hope for, in spite of its cinematic approach. It's thrilling, it's dramatic, it's funny - what else could one possibly want?

One of the best adventure games of all time, but sadly it was beset by publishing difficulties and ended up flopping. It involves a mysterious American sneaking aboard the famous European train “The Orient Express,” only to find his host murdered.

This initial situation presents a good example of the brilliant puzzlework. There's a body in your compartment. At some point, somebody's going to enter the compartment and notice. So, you can hide the body in your bed - it is a bed the folds into a seat, so you can hide the body in it unnoticed, though if you do so you cannot sleep overnight. However, at some point the train attendant is going to enter you compartment to make the bed! You can tell him to skip it. But there's another solution - throwing the body out the window. If you do so, later on in the night the train will be searched by the police due to them finding the body by the tracks. If they find you, they'll arrest you - but there is one compartment in the train that just happens not to be locked, whose occupant is asleep. If you hide in their bathroom, the police won't find you, and you'll be safe. But the best option of all, is to hide the body in the bed, then dump it out the window *after* the time where the police would have searched the train, at which point train will be crossing a bridge and the body will fall into the river.

This puzzle demonstrates the game's exploratory system; it uses an ahead-of-its-time saving mechanic, where it autosaves constantly, and you can rewind to any earlier save at any time. Additionally, based on your actions, events will happen at different times, or you might catch one event while another is happening elsewhere in the train, encouraging exploration and multiple playthroughs.

Overall, it is one of the classics of the genre, and it is great that in more modern times it is finally having its due.

Mr Creosote:
Update: I found the official website again. Apparantely, only the domain name (redirector) has expired, the site itself is still there.
Wandrell:
Many official websites for old games have dissappeared, so it is not strange. Once the game is retired and gives no more money the company that made it usually forgets about it.
Mr Creosote:
I removed the link. It's a pity, because it was quite a nice site...
Henry:

I browsed trough your excellent reviews and - because I like also classic adventures - I found "The Last Express".
I noticed that the link to "Official Homepage" leads nowadays to a travel website for India.
Just wanted to let you know this as your website is otherwise updated very well.

Mr Creosote:
Feel free to share anything about The Last Express (1997) here!
[Reply] 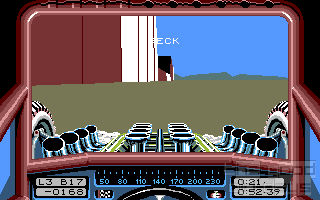