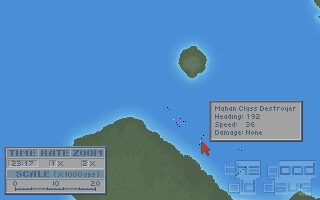 Task Force 1942 is a great naval combat simulation that is staged (as the name suggests) in WW II in the Pacific. It concentrates on the battle for Guadalcanal and features all the ships that took part in this campaign. Great graphics, controls and the ability to build own scenarios make this game a true classic.

You can either replay a historical battle, play the full Guadalcanal campaign or build your own encounter. The historical scenarions display the main battles between the Japanese and American Navy during this period. Those mainly feature the American attempts to intercept the notorious 'Tokyo Express' (quick destroyers supplying the Japanese troops on Guadalcanal) and also they mostly take place at night time. When playing the whole campaign you have full control over all Navy and Air Force units of this region and are responsible for forming task and supply groups, planning airstrikes and so on. In simulated battles you can design your own formations and where and when the encounter should take place so you can feature every possible battle.

A lot of different control options are available. With the F-keys you can switch between several ship stations like guns, binoculars, damage control and more, a zoomable map and even an interesting outside view of your ship. Via the map you can take control over any ship of your task force or let the computer lead the battle. Especially at night the sight of the flying shells and burning ships looks quite impressive.

In the campaign mode your most important goal (regardless of the side you're playing) is to deliver regular supplies and reinforcements to your troops on Guadalcanal. This island saw fierce fights and was one of the turning points of the Pacific War. While the American Navy only has slow transports and some APDs, the Japanese can also use their fast destroyers and light cruisers for this purpose (the 'Tokyo Express'). Good timing is important because when you're caught unloading your supplies at daylight you're very vulnerable to air attacks. You also have to exploit the strong points of your ships. Whereas the Japanese destroyers and cruisers have deadly long range torpedoes (Type 91), the Americans have superior radar and thus higher accuracy at long range. Regular air patrols from land and sea bases help in finding enemy forces.

But the most interesting part of the game are the simulated battles. There you can choose any ships from each side and let them battling it out. A great opportunity to test all those 'What if...' encounters. You also can select the admirals which should leat the respective task group and the time and location of the battle.

A major downpoint of the game is the lack of aircraft carriers. Actually they were the most important units in the Pacific War and leaving them away puts a whole new light on these battles. But on the other hand commanding a ship in an artillery duel is much more fun than just putting airstrikes together and sending them on the opponent...

Overall Task Force 1942 is a fantastic simulation of naval warfare and I can't really think of similar games with that quality (well, maybe the Great Naval Battles Series). An absolute must-have for every war simulations fan!

Note: This game runs only in pure DOS. 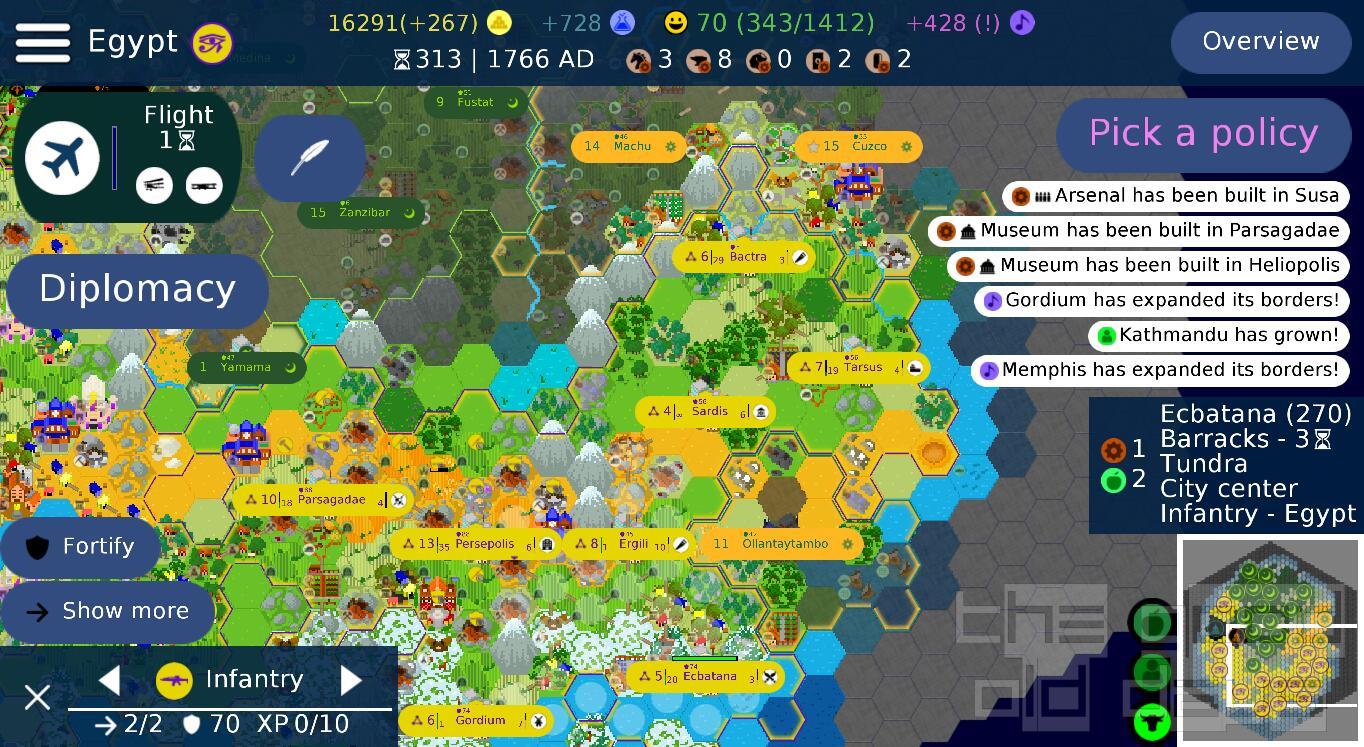