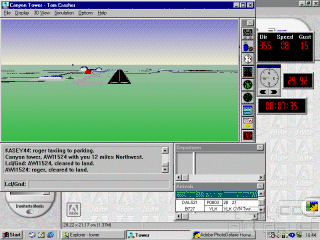 Tower is indeed a very different simulation. Not many games in the past gave you the opportunity to be an air traffic controller. This is a very demanding profession as you are responsible for the lives of hundreds and thousands of passengers and one false decision could have catastrophic consequences.

You can choose between three different airports. Canyon Field is a fictional, easy one with just two runways, Washington National has three of them and the biggest airport is Chicago O'Hare with six runways. Between the runways there are many taxiways where planes are pulled from a runway to a terminal and vice versa. They sometimes cross runways so you always have to be on the watch that a taxiing plane doesn't interfere with a landing or starting plane.

You can set in which intervals new planes arrive. If you want it easy going then choose one plane every ten minutes. But if you want a real challenge, why not try a new plane every two minutes? As servicing a plane from its first report to its landing or takeoff takes about 4-5 minutes or more it is possible that you have 5 and more planes to cope with simultaneously. It´s up to you to decide...

You issue your commands by a lot of abbreviations, each composed of two or three letters. They are quite confusing at the start but after some games you've found out which commands are the most important. Besides there is a good online manual which tries to explain the basics. An example of a command line could be: NWA371, CL, which means: Flight NWA371, cleared to land.

The game is represented in several windows. The most important ones are the BRITE (air radar) and the ASDE (ground radar). Those two help you most to keep track of all flight movements. The flights are shown with their flight numbers.

Many different planes can be found in the game. They range from small propeller driven machines like Cessnas to big passenger carriers like Jumbo Jets. Sometimes even military planes come by. It's important to have an eye at which type a plane is as not all runways are suitable for all planes. In the Readme-file (not the online manual!) is a list concerning this aspect for all airports.

When two planes come too close together or even crash this isn't graphically depicted but you get reductions in your score. When two planes collide on the ground while taxiing they keep stuck to each other and you have to manually delete one of them or they will stay there forever (again reducing your score).

What makes this game interesting is the unusual topic. So if you were looking for a completely different gaming experience have a go at Tower. 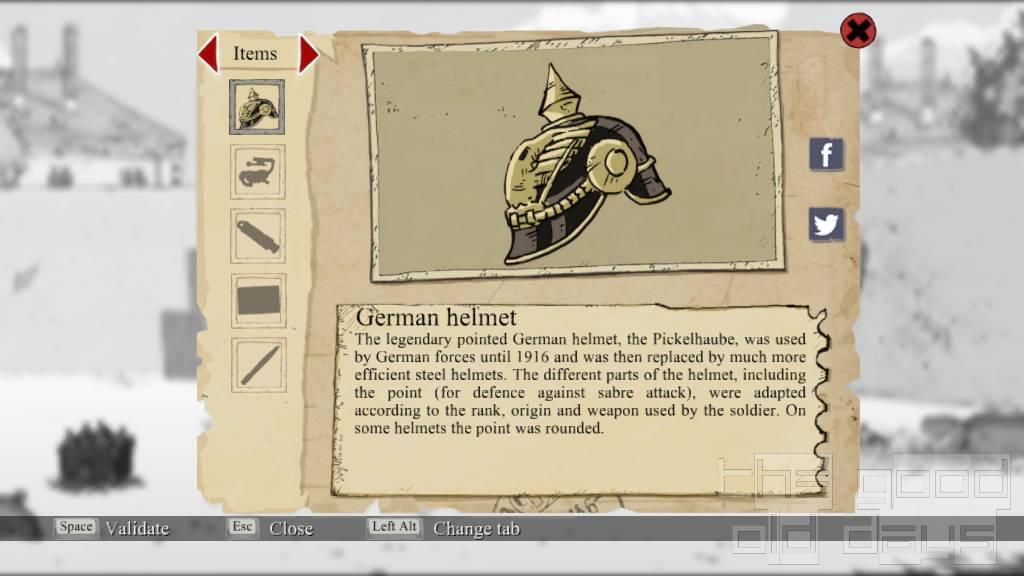