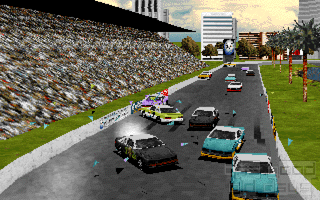 I thought long about which category to add this game to - either action or sport because it's a blending of these two: action-packed but also with reasonable competitive elements. So what is it all about?

Well, the name says it all. It's a racing game where your goal is to wreck your opponents (mostly). And this is actually a lot of fun. First you should choose one of 3 different levels whose difference lies in faster cars and tougher opponents.

For racing you have quite a lot of options. To practice the handling of the car and learn to know the courses some time trials come in handy. There you're racing against the clock and you can get used to taking sharp turns and stuff. But of course the fun starts when the others join the race. At all the race types 16 cars crowd the quite short tracks so expect a lot of traffic at any time.

For racers the Stock Car Championship would be the best choice. Although you can bump the other cars there the emphasis lies on finishing in 1st place. The field is divided into 4 divisions with 4 cars each. You start in the 4th and after winning it you advance to the 3rd where you'll face slightly different tracks and more skillful opponents and so on. Each 'season' consists of 5 tracks (some of them with nasty intersections) and the infamous Bowl (a big arena where mayhem breaks loose because the only goal is crashing the others). If you want even more action you could try the wrecking race. It's the same schedule, but this time you not only get points for finishing but also should collect valuable additions by skillfully crashing other cars (spinning them around yields the highest score). But don't exaggerate - watch your damage levels!

Although the crashing is quite funny you always have to keep an eye on your damage levels. On the screen a small car is depicted with various pointers. At the start they're green which means everything's fine but as the race progresses and you take hits they turn more and more red. Finally your car will suffer from bad steering or even break down completely. So you always have to find a good balance between racing and crashing the others. As the computer racers are quite tough (whenever they see the chance to they'll ram you into the wall) learning to survive will come in quite handy.

The epitome of action is the destruction derby where you'll do several races in the Bowl in a row. Again you're getting points for hard hits and spinning the others around. Regardless of any race type the action is fast and furious. Purist racers should stick with Indycar or similar games though. After every race you can watch a complete replay of the various crashes you suffered during that race.

The graphics are good; although the behind-the-car-perspective provides a decent overview when on a straight it is quite a gamble in turns because you can't see if there's probably a pile-up of crashed cars waiting for you. Especially in the Bowl this hurts a lot (literally). The sounds are good for me: roaring engines, squealing tires, digitized voices...Nothing much left to desire.

Normally I'm not that much into action but this game kept me hooked for long hours because it's just great fun. So if you don't mind that racing is only the second priority behind preventing the others from finishing be sure to have a look at this game - you'll surely not regret it! 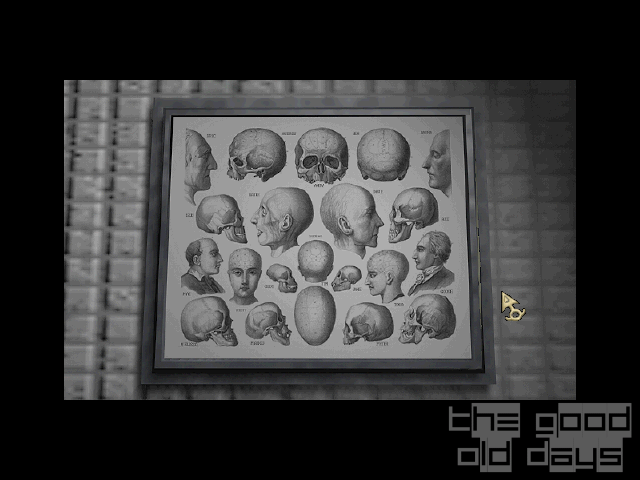