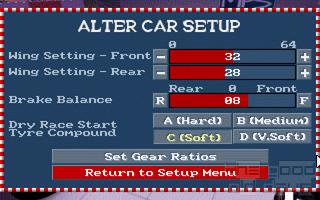 Leonardo (07.07.2008):
I have exactly one beef with this game: the Brazilian drivers are given names in Spanish. We speak Portuguese!
[Antworten]