The Chaos Engine 2
for Amiga (AGA) 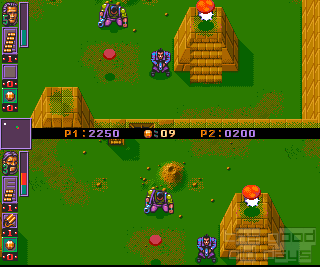 Widely previewed in early 1995, this sequel to what is probably one of the most loved Amiga games ever took almost two more year to actually be released. And when it was, it was received with top ratings in the magazines. Not surprising, because by late 1996/early 1997, the few remaining Amiga users were absolutely desperate for any new releases… if something came with a big name, it better be great, right? In fact, looking back, there are clear indications that the game was finally rushed out, not having received the appropriate care.

Chaos Engine 2 turns the original's gameplay upside down. The truly incomprehensible gibberish pseudo story states that after destroying the machine at the end of the first part, the two mercenaries are now either travelling back in time or trapped inside the machine, which in any case may also be broken and the Baron may need help to rebuild it… Any attempt to make sense of those three paragraphs in the manual is destined to fail. In any case, this is the excuse of the two players (one can be controlled by the computer) now being forced to compete against each other. 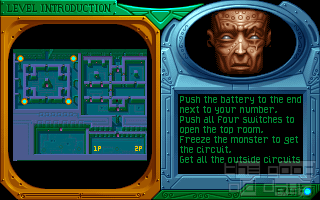 Each level is introduced by the Baron giving some hints how to reach the exit. This usually involves collecting some spare machinery parts, flipping switches, using keys and the like. For this, as well as shooting monsters or the other player, the Baron awards a final score. Whoever scores higher wins. Levels are short and quick, never taking more than a couple of minutes. This balances out the rather unclear mission descriptions and also ensures that both contestants remain in close proximity the whole time, focussing on the duel aspect.

Being able to shoot (or punch) the other player allows for some nice competition. Lives are not lost this way, though energy reduced to zero disables him for a couple of seconds and also drops all collected mission items for the other player to steal. The impression of rather fluent action is further supported by inclusion of a couple of new character actions, like jumping down from heights or pressing against the walls for cover. The latter being mostly useless, but looking rather cool. 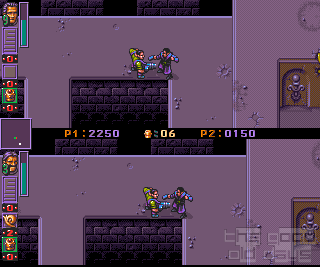 As a game design concept, this all works rather well. The obvious tactic of simply waiting at the level exit, letting the other player take all the risks and then simply ambushing him to take the key and escape first is effectively prevented. While this may be viable for few levels, jumping score thresholds will make the character abilities upgrade, making them tougher and faster. Meaning staying out of trouble will effectively make later levels impossible to master. Apart from the explicit task at hand, limited ammunition needs to be managed, with supplies being available almost always without limit, but only in special places, lending further urgency. Though beyond this concept, Chaos Engine 2 is severely lacking in three major aspects.

First, balancing. The rather hectic action hardly leaves room for the duel to be decided based on skill. Everything happens so fast that luck is the main factor. Take the right corridor branch (without a proper map available, of course). Don't get ambushed by a monster unseen due to the rather small splitscreen. With only four out of the original six characters remaining, the differences between them are rather large, and the deciding skill is usually not firepower or toughness, but speed. 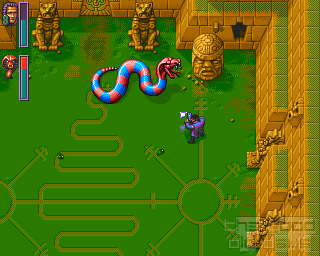 Cool sprite, but… why?

Second, coherence. Not even coming back to the plot and initial set-up, what is the deal with those boss fights every few levels in single player mode? Those at least sporting good visual designs, but for gameplay, they offer just the bare minimum of typical spaceship shooter bosses: find out their blind spot / movement rhythm and exploit it.

Third, production value. Most graphical elements have been reused from the first game, with just very light reskinning (the giant hands are now blue…), but without the careful assembly which made the previous game so attractive to look at. Strange colours, completely forgettable music and sparse sound effects are miles below the formidable predecessor, which scored particularly highly in this respect. Even on the technical meta level, the endless loading times when playing from floppies (more waiting than actual playing!) leave a bad impression.

Meaning overall, it seems the Amiga end of life curse has struck again. The game appears to not have been polished, or rather developed beyond prototype phase. For sure, the attempt to produce a sequel which goes new ways instead of just making “more of the same” was an honourable one. Though given the diminishing market, efforts to really make this different concept work must have been considered too high. What remains is the mere idea of a two-player duel game with quick action, but implemented only in a barebones way, with levels designed at minimum effort based on few standard building blocks and overall little variety. Not awful, but certainly not living up to the legacy of its name.

Chaos Engine. The epitome of an Amiga game. Made by the Amiga company. The immensely popular first part actually found its way to the PC more than a year later after the initial Amiga release. But then there was nothing.

Jump to 1996. Commodore has long gone bancrupt, the Amiga has been declared 'dead' by evil people for two years now. A few of the classic companies still develop for this machine. And so do of course the Bitmap Brothers. Chaos Engine 2 - an exclusive (and once again typical) Amiga product.

I bet most of you (even if you're familiar with the first part) will never have heard of this game, so please lower your expectations a bit now. Chaos Engine 2 is not as we all would like the sequel of the first part to be. It's not basically the same game with new levels, new monsters and new characters. That would have been too easy for the Bitmaps. There are still mercenaries, you still control one. There's still a second one running around in the same level and this guy can (and should, it's what the game is designed for) be played by another human. But now comes the difference: you two aren't a team anymore, but opponents. Instead of friendly coop mode, deadly competition.

Unlike in so-called '3D-shooters', it's not about killing the other player though. You can do this of course, but it will just slow the enemy down and he'll be resurrected a few seconds later. At the start of each level, there is a small briefing (strangely enough held by the guy whom you 'freed' at the end of Chaos Engine 1) in which you're told what to do. Mostly, it is finding keys, activating switches and so on - all for one purpose: being the first to leave the level again, because then, you've won it.

Some kind of sport? Or does it have a deeper meaning? No idea. Let's get to the important stuff instead: the levels. They're mostly well designed with different height levels, walls, halls, doors and 'neutral' robot enemies which attack both players on spot. Both mercenaries always have the same chances, they start on equal positions. The bad thing about the levels (and the whole game) is that they're way too short. One level rarely takes longer than one or two minutes, so it's pure hectic. But not always positive hectic.

With such small levels, it is not possible for one mercenary to beat the other 'clearly' by being way ahead of him. On the one hand, that is of course good because how boring would it be to run after someone for long minutes without having the slightest chance to catch up ever? On the other hand, the opponents are always so close that it's often pure luck who wins a level. The reason for this? The level exit is mostly a locked door (or something aequivalent). One player gets the key to it. The other rushes after him, trying to kill him to get the key himself. This way, the key changes hands again and again. So far, so good, but then, one player manages to open the door. And what happens? The enemy shoots him from behind and goes through the door himself - and has won! This does happen, believe me, and it happens way too often. If a shot mercenary would just stay dead for a few seconds longer (one, two or three!), it would be way fairer.

I hate to admit it, but Chaos Engine 2 can't live up to its predecessor. I like coop mode better than killing another player anyway. And then these fatal design flaws. It is quite nice to play for a while, but it's not the challenge I (and most likely you) would have expected. By all means, get it, play it - but don't expect a masterpiece.

Finally, some important technical notes: even though it is possible to load this game from (virtual) floppy disks, it is not advisable. No matter to what speed you set your emulator, the loading from these 'disks' takes ages. Not only on the initial boot, but it also takes several minutes between each level - and since you've just read how long a level lasts, you know what that means: more loading than playing.

There is a solution to this though: you can install the game to a 'virtual hard disk'. For that, set the emulator to use a directory and install the workbench on it. Chaos Engine doesn't have a built-in installer routine, but you can get one from the great guys at WHDLoad. Install the WHDLoad to your 'Amiga HD', but the Chaos Engine 2 installer there, too, and run it. You will be guided through the installation. I tried it with these adf files (choose 'ECS chipset' on the installation, not 'AGA') and it works fine. If you need more detailed support for this, request it in the forum. You might consider this fussy, but consider this: how many PC games released in 1996 do you run from floppies? 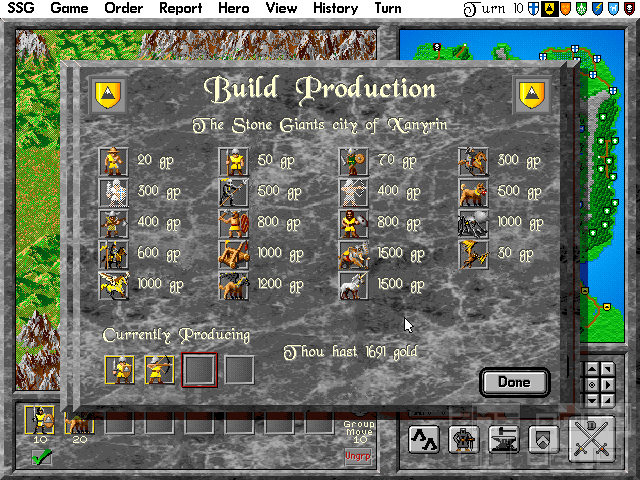