The Lost Vikings
for PC (DOS) 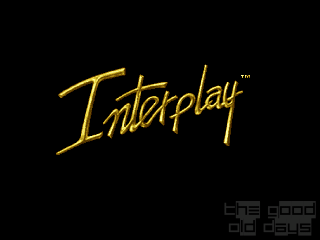 The Lost Vikings is one of the most charming and unique puzzle games you'll ever come across, despite some console-style quirks. Three stalwart Vikings are accidentally sucked into an alien spaceship during one of their pillaging voyages... and find themselves in unknown land. It is up to you, of course, to guide them home.

Gameplay in The Lost Vikings is best described as puzzle-based platform, similar to Lemmings or more recently The Humans: the goal in each level is to get all three Vikings to the exit. To do that requires co-ordinating and timing the use of the Vikings' unique skills. Eric can jump, run and bash through walls with his tough helmet. Olaf has a shield which can block attacks, function as an air glider or as a step to stand on. Baleog can shoot things with his arrows or kill things with his sword. He can also flip switches from afar by shooting them with an arrow. You will have to use the three Vikings as a team, if you hope to get past the increasingly difficult levels and puzzles, switching back and forth between them as necessary. Needless to say, each new level is more difficult than the last, and timing as well as reflexes (i.e. quickly switching between Vikings) become critical to success.

Fortunately, help comes in various ways that keep frustration down to a manageable level. Hint buttons strategically placed throughout the game aid you through tough spots, especially in later levels. The Vikings have a “health bar” which can be regenerated by eating food found on the level, and can sustain some damage from aliens' attack. This allows for multiple solutions to some puzzles; for example, you can run Erik past the shooting aliens if you can think of no way to get him past them (and Baleog and Olaf are stuck somewhere), hoping that he won't die before making it through. There is of course the “optimal” way to finish each level without lowering any Viking's health, but the possibility of finishing it in different ways is a welcome feature that any puzzle beginner will appreciate.

As icing on the cake, there are many different, diverse worlds to explore, ranging from Prehistoria, to Egypt, The Great Factory, Wacky World and more. The Vikings come alive as they talk, bicker, and fight each other in humorous cartoon captions between levels. The only bad thing I can think of about this underrated classic is that the lack of in-game save spots. Some levels are very long, so when you get back to them, you may via password, you may have to backtrack a great deal. Other than that, the game's flawless gameplay and great graphics will keep puzzle lovers entertained for hours. Two thumbs up!

Anyone who likes this game should definitely check out its superior sequel, Lost Vikings II: Norse by Norsewest.

The Lost Vikings is not just your average platformer, it's a very special one, with three brutally cute vikings and complex maze-like levels! It's in fact one of the first action/platformer/puzzle games out there.

It was developed by Silicon & Synapse, a modest developer at the time, who later became better known by the name of “Blizzard”. Yes, the very one.

The Lost Vikings is pure fun mixed with good-natured humor and colorful worlds and creatures to stoke the flames of your imagination. This is a very beloved title amongst the favorites of my childhood. You start off in the cold, gray, lifeless spaceship, fighting aliens. From there you're transported to Prehistoria to ward off cavemen and dinosaurs. Then you venture forth into Ancient Egypt to combat mummies, scorpions, and the like. After that, it's a strange construction world known simply as “Factory”. Things get really weird in the candy land/striped Wacky World. Finally, you wind up back aboard the spaceship to fight the evil antagonist himself – “Tomator”.

Each and every world you visit is charming, bright, and colorful – an absolute joy for the eye to take in. And the villainous foes and helpful friends are all equally clever. You are enveloped in a cartoon world as light-hearted as anyone could hope for. And the humor…

What really makes The Lost Vikings stand out is the the way you play. You control the three vikings by means of alternating between them. Each character has his own set of skills vital to progress.

Overall, The Lost Vikings is a really imaginative concept. It's the kind of idea you would find back in the day when video games still had a simplicity to them – when imagination stood at the forefront, and the focus wasn't so much on open gameplay or realistic graphics. It is the silliness, the charm, that makes this game such a timeless classic. If you haven't already done so, get yourself lost in this game today!

As I write this review/manual I assume you know nothing at all about the game. That's because anyone who has ever played The Lost Vikings will never forget it and won't need a manual or a review to get started again.

First, what kind of a game is The Lost Vikings (hereinafter TLV)? Listed as a Puzzle/Platform, this is one of these games where you watch the world from the side as it scrolls when you move your character. See the screenshots if you don't know what I am talking about. Then comes the puzzle element - you don't just go around shooting monsters, jumping and flipping switches (although you do that as well), but think your way through each level too.

Unlike other similar games, in TLV you control 3 characters: the vikings Erik, Olaf and Baleog. Each has different abilities and is essential (and required) for the completion of each level. The objective is simple and always the same - bring all 3 vikings to the area labeled 'EXIT'. If one dies, you have to replay the level. At the beginning of each level you are given a 4-character code so you can continue from where you left yesterday.

The abilities of each viking differ greatly and only by combining all three will you manage to finish the level. You control just one at a time and switch them with Ctrl. Erik can jump and break walls. He also has somewhat greater walking speed than the rest. Olaf carries a shield that can be used in 3 ways - as a means of protection (from the front and above), as a parachute (!) and as a platform for Erik to jump higher. Baleog has a sword and a bow and arrows. Except for fighting, he can shoot arrows at loose things and make them fall or 'push' buttons from a distance. You need to figure out what you need to do in a particular situation, e.g. use Olaf to block an enemy while you fight it with Baleog.

The controls are simple - you use only Ctrl, 'S', 'D' and 'F' and the arrows to control the vikings (there are a few other buttons which are discussed later).

Erik - use 'F' to jump while walking or standing. Press and hold 'D' while walking and he'll start running head first and if he hits a 'breakable' barrier or wall it will break and clear the way or reveal a secret area. He can also step on Olaf's shield and jump higher than usual.

Olaf - the shield guy. Using 'D' or 'F' produces the same result - toggles the shield position (front or above). With shield in front, he and everyone behind him are safe from projectiles and monster attacks coming from this direction. With the shield above his head he can: 'glide' when falling, shield himself and others from things coming from above (not all!) and can also help Erik jump higher if he steps on it.

Baleog - 'F' swings the sword, 'D' shoots an arrow (he never runs out of arrows).
Pressing 'S' with any of them activates a button if you are standing next to one, activates a teleport or starts talking to another creature in some cases.
Other buttons: 'E' to use the currently selected item (and unlock doors when you have the correct key selected), Tab to enter Item Selection Mode, 'F' in Item Selection Mode to enter Item Transfer Mode (press these again to return to game, press arrows to give item to a viking next to you or put in trash), Esc brings Level Give-Up prompt, Alt-X brings Game Exit Prompt.

There are some items in the game that you can collect and use, but they are pretty straightforward and I'll leave it to you to figure out what they are.

The graphics in the game are beautiful. Not Quake-III-Arena-beautiful, but you can see that someone spent a good deal of time polishing the game. And for the time it was released, these were excellent. The music is nothing extraordinary, but it's good. I'd rather listen to it while playing than to Britney Spears. Then again, I'd rather walk deaf than listen to Britney.

All in all a great game. Well balanced, the puzzles are interesting but not frustrating and there's enough action. Get it while supplies last!

ARGH! Just finally finished the game and guess what: Hitting any button just once at the ending cinematics simply skips them. Wow, now it is not like the last couple of levels are not full of super cheap death traps and the last one does not take rote memory to finish it (and even then it takes a lot of cheap tricks like switching the vikings to avoid taking damage)… no even after I pulled it all off it annoys me yet another time!

Well, I guess anyone who has some fond memories of this game or says they really like it, has not actually finished the game. Not that I would blame them for doing so: Just stick to the first couple of levels and you can have some fun. Quit as soon as the candy levels show up, it will not get any better afterwards.

Currently replaying this one and somehow it is a lot more frustrating than I remember. My major gripe: All too easy instant deaths combined with lots of backtracking. And most of the deaths are ultra-cheap to boot: Pixel perfect jumps or timed ducking of obstacles with over reactive controls is horribly frustrating. So is a limited view of your surroundings which leads to the good old: In what kind of death trap am I dropping now? And do not get me started on the enemies! Each one takes several hits to kill, uses cheap tricks to hit you and some of them can only be killed by special means (fire arrows, bombs). Or to put it more simply: The game gives me the feeling that it does not play fair.

Which makes me wonder why this was so popular. For one I think the overall design (graphics, music) was nice, and the novelty factor of having somewhat more interactive Lemmings was nice. Plus the humour is actually quite decent.

Gesh:
Feel free to share anything about The Lost Vikings (1993) here!
[Reply] 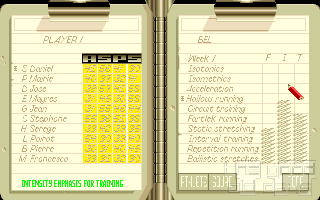