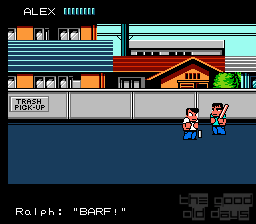 Your girl has been kidnapped, and obviously it is up to you rescue her, punching, kicking and throwing anybody who gets in your way, while building up for the final match.

This is a fighting game, a side-scrolling one where you advance while a series of enemies comes towards you to be beaten to a pulp, and you do not need to do this alone, as a friend can be with you, adding fun, and danger as you can hit each other. But it is not in the fighting itself where the novelty lies. You techniques are just punching, kicking, grabing unconscious enemies or weapons and jumping, all of this while finding more powerful enemies as you advance. All this is as usual.

The difference is when defeating an enemy, they leave money, to be used in improvements for you character in shops, buying a variety of objects, things like shoes or manuals, and mainly food. You have a bunch of attributes to improve, they serve to make more damage or be able to resist more generally, but also there are a few interesting things, such as willpower to raise after getting KO instead of dying, which doesn't end the game but makes you appear in a commercial zone with half of your money, or the possibility of learning special attacks.

Sadly there is a big flaw for that idea, the game is short, too short to be able to raise well your character before reaching the end. The map is small: a few shop sections, many small streets or buildings and all in a line, without sideways. To solve this they designed two ways, a few of the bosses that should defeated are used to force you to walk back, but few times, and there is a hard difficulty mode, which makes the enemies harder, as expected.

And also there is the problem of saving your game. You can't, instead you receive a passcode for each character that serves for keeping you stats advancement. Not a very fun way to continue your game.

If you find the game style or graphics familiar is because it's part of a series, the nekketsu (which seems to mean 'hot blooded' or something similar) games, most of them published only in Japan. They are of fight games and sports with added violence, and the inspiration, the first one translated as renegade more exactly, for Double Dragon. 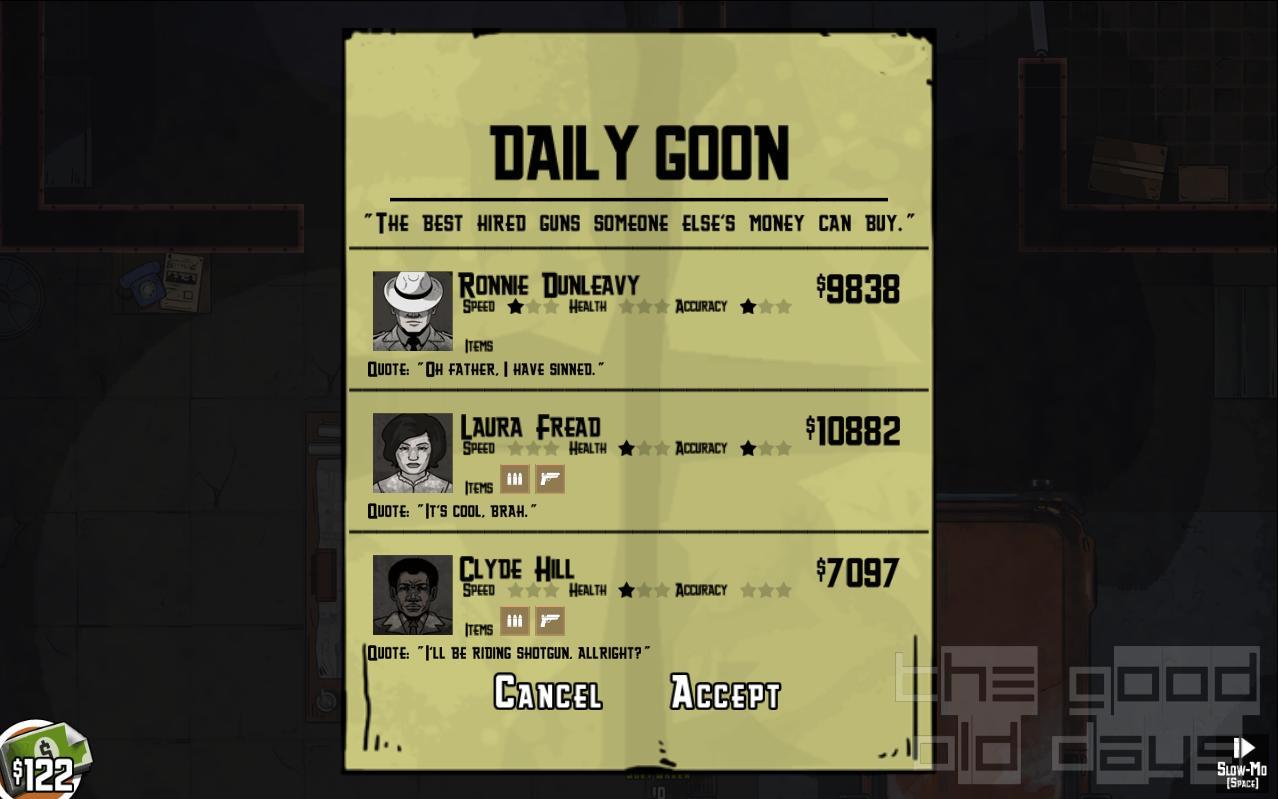