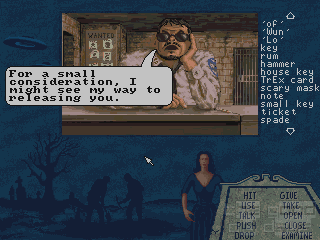 The computer game based on Plan 9 from Outer Space doesn't follow the laughable 'story' of the movie. To be able to enjoy the game, you have to know at least some basic things about the film: It was made in 1958 by the director Edward Wood (there is a tribute movie about him from the mid-90s titled Ed Wood) who has been responsible for a few other productions of similar 'quality' and - in his last years - some extremely cheap softporn movies (in which he even played the lead himself).

Plan 9 has become his most famous work though. At the time it was made, Wood always worked with Hungarian Dracula-actor Bela Lugosi. During the shoot, Lugosi died. Instead of re-shooting the scenes he was in, another 'actor' (in fact, it was the producer's wife's chiropractor) took over the role. Since he didn't look like Lugosi at all, he held his cape in front of his face the entire movie!

The story is supposed to be some kind of sci-fi-horror thriller about aliens who want to destroy earth in order to stop humans to develop some bomb which would presumably have some fatal effect on space. We don't get to know the details of plans 1 to 8, but they probably were all total failures. Plan 9 involves raising the dead as zombies and / or vampires.

In classic point & click adventure style, you walk around the studios, the city and - via plane - the world. Conversations are usually kept brief, so object-based puzzles are focussed. They are mostly fairly easy and not too imaginative - mostly digging holes with shovels, opening doors with keys and so on.

On the whole, the game is quite hard though. That is because of a major quirk in game design: say one wrong thing to the wrong person, and the game is over! Not that you're told about that, you're on your own to notice that. One of my pet hates in this genre! In addition, the inventory is limited, so you have to drop things starting from mid-game - good luck guessing what you don't need anymore.

If you invest some time into the game and have nothing better to do, you will be entertained ok as long as it lasts - at the very least because of the included scenes from the movie. That, however, is not very long as Plan 9 is one of the shortest adventures I've ever played. 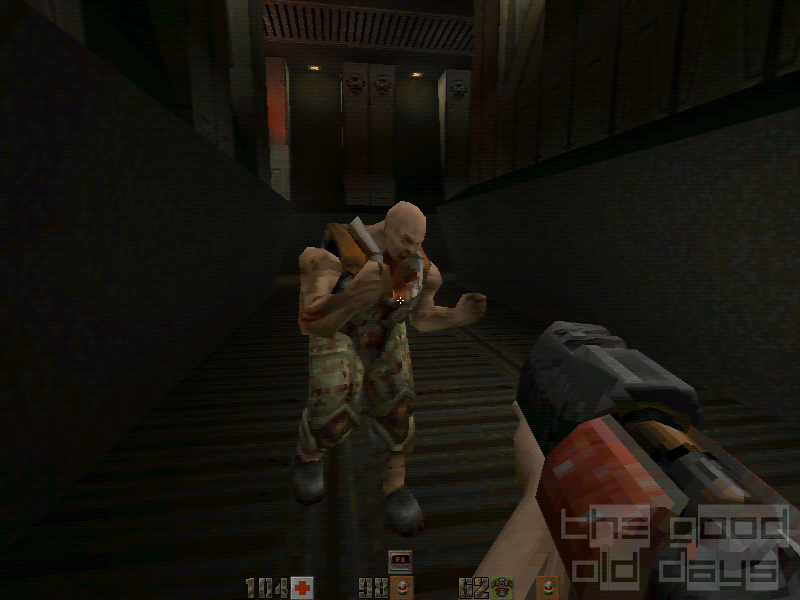