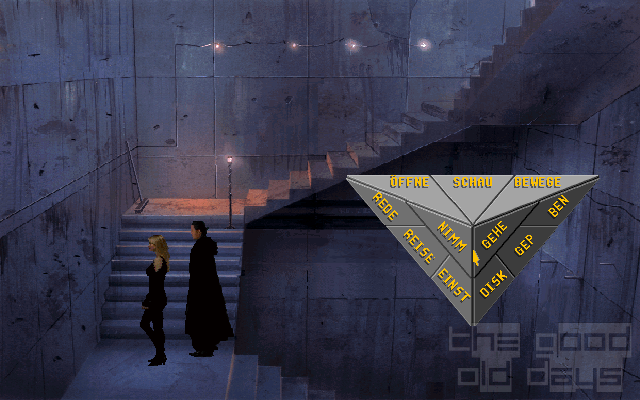 Noctropolis - city of darkness. Home of the superhero Darksheer, the archenemy of every villain out there. Peter Grey's favourite place to escape to from his dull life as the owner of a less-than-successful book store. You guessed it: Darksheer is a comicbook in the style of the so-called 'golden age' or 'silver age' of comics.

Now, the publisher has announced the cancellation of the series. Peter sits down down in his comfy chair to enjoy the final issue another time. The story of how Darksheer confronts his last remaining enemies and either kills of imprisons them all. Then, his official retirement.

Suddenly the doorbell is ringing. A package from the publisher of Darksheer? Ah, yes, Peter had taken part in the 'who wants to be Darksheer' competition. The contents: A new issue of Darksheer and two strange rings. Wasn't the series cancelled?

The mysterious new issue shows a new powerful villain called Flux freeing many of Darksheer's old foes from prison. Together, they form a new and dangerous evil syndicate. Darksheer is nowhere to be found. What was the name of the competition again? Exactly: every geek's dream comes true when Peter is teleported to Noctropolis to face the threat of Flux as the new Darksheer.

Unfortunately, not everything is as easy as it should be. Darksheer's old mentor, Father Desmond, is held prisoner in his own church, and Darksheer's sidekick Stiletto has submerged herself into alcohol because of her unfulfilled love for the old Darksheer.

Yes, describing this 'slightly' freaky story is as long as a a couple of full reviews. Needless to say all clichés of classic comics are fulfilled: the sexist role of the female sidekick who, after being characterized as an extremely dangerous fighter at first, is only good for distracting stupid males and for being caught by the villains; extreme twists concerning the allegiances of characters; conspiracies of ancient 'clans'; mystical substances enhancing people's abilities – at high costs.

Not much needs to be said about the game mechanics. Noctropolis is a classic inventory-based point & click adventure. Right-clicking anywhere on the screen will open a triangle containing all available commands. Works fine apart from the annoyance that even 'go to' has to be chosen manually and that the cursor doesn't react when touching items in the background graphics which are 'there'. This blends in badly with the pixel hunt nature of a few puzzles.

In general, puzzles are quite ok. Again, the controls play a less-than-perfect part in making most of them fairly easy: the interface doesn't allow the player to specify a command like 'use x with y', but only 'use x'. 'y' is then chosen automatically by the game, depending on the current location. Very inviting for trial and error.

The graphics are high resolution (640x400). Backgrounds have been drawn (most of them very well), characters are filmed actors which have been copied into this. This mostly works ok, but sometimes looks plain silly. Also it seems there were very different artists at work, resulting is obvious and unfitting breaches of style in a few scenes (yes, I mean the flat, cartoony parts).

Talking to characters, you get small videos, including spoken dialogue. Acting is generally quite bad, especially the very dull voiceacting (the latter is a reference to the version I played first which was dubbed with German dialogue, the English version is a little better there, though not by much).

It's a bit of a pity that this otherwise excellent game is spoiled so much by the seemingly forced inclusion of 'multimedia' elements. The atmosphere would have benefitted a lot from scrapping the cheesy videos and voices. Having the same people who worked on the background graphics do the characters, too, and improving the interface would have earned the game an additional point. The way it is, Noctropolis is 'only' a good adventure.

Thanks to Ming the More-or-less for the English version. Please note that the Spanish version has Spanish texts, but English voices.

I actually had a copy of this back around when it first came out. Even though it may not be the best game ever, I loved it. The story seemed pretty well-done, and the whole thing had a very surreal atmosphere(for one, you're in a comic book world. The use of live actors against drawn backgrounds helped make the atmosphere a bit more obvious, too).

Yes, some of the acting was...Pretty bad, but for the most part it didn't bother me all too much. It's usually just the bit parts that have the crappier actors, so at least you don't have to deal with it constantly. And there were a couple scenes that were pointlessly difficult(for example, the observatory...It wasn't all THAT hard when I actually ran the game in dos, but playing it in the dosbox emulator apparently makes that part near impossible. So watch out if you're running it in that...Though if anyone knows of a better emulator to use, by all means let me know. ?). The very last part was a bit tedious too, as it's a long conversation and you need to pick the right answers to get it to not start over.

All in all though, I enjoyed this game quite a bit. It just had a certain charm to it that kept bringing me back.

edit: A note to all who are playing this in dosbox in relation to the observatory. I had a problem where the character's walk animation was a lot slower than it should have been. Speeding up emulation(ctrl + F12) fixed the issue beautifully. In fact, the search lights didn't seem to increase in speed when this was done, so it may be possible to cheat a little. But shh, don't tell anyone. 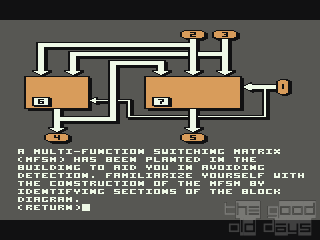