Spellcasting 101: Sorcerers Get All the Girls
for PC (DOS) 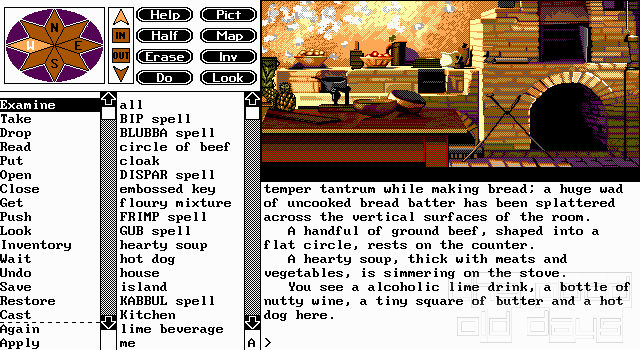 Whenever Steve Meretzky is listed as designer of a game, you can be fairly sure it'll involve girls. In some cases more, in some cases less. In Spellcasting, it's definitely 'more'. Much more.

In Legend's first Adventure game, the player takes the role of Earnie Eaglebeak, a young man suffering under the iron fist of his evil stepfather Joey Rottenwood (talking about telling names...). Earnie wants to break out - to attend Sorcerer University. And guess what he spends his time with there. Hint: it's not primarily related to studying... it could be some world-saving-related business in the end, though (after getting in touch with... the girls).

As you're used to from Meretzky, Spellcasting is loaded with wacky and slightly silly humor. The topic is rich enough to provide him with sufficient material, but - as so often - he quickly strays away from it. In the course of the game, he sends the player on a long journey across various 'themed' islands. Themed in this case means that not only the surroundings change significantly each time, but also the challenges. For example, there's the island on which everything goes backwards. There, you get a description of what your action (which you didn't perform yet) caused, and you have to figure out what to do 'before' that.

It's that island hopping when the plot is pushed into the background. Pure logical thinking is required then, but there's actually little happening. And that's not the only thing reminiscient of classic interactive fiction in this game. While a point & click interface in combination with a small graphical window is available, the classic text parser is just more efficient. Switching between these two control schemes is possible at any time, of course.

Spellcasting might not appeal to fans of a more modern breed of story-driven Adventures. It has great humor galore, but actual storytelling is only a secondary aspect. Those who prefer old-school style of puzzle-driven games will on the other hand fall in love with it immediately.

Mr Creosote:
Feel free to share anything about Spellcasting 101: Sorcerers Get All the Girls (1990) here!
[Reply] 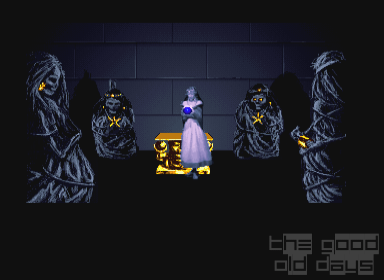