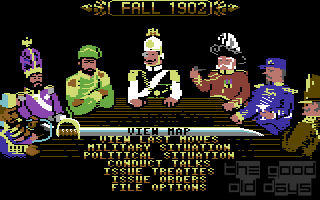 Diplomacy is a '[board-] game of international intrigue' which was developed in the 1950s. It takes place in the Europe of 1901. Seven major military powers are locked in a deadly power struggle. Each one is trying to achieve world domination, but neither can do it on its own.

The catch: There aren't any random factors. The rules always give clear answers how battles are decided (which doesn't stop even seasoned players from arguing over interpretations of these rules, of course). Also, there is no way to amass troops: Every region of the European map can only contain exactly one unit.

To still have different strengths, both attackers and defenders can use support from units located in adjacent sectors. Since all players plan their moves simultanously, weaving a complex web of moves, support and convoys (to move land units across sea sectors) can get quite difficult as it's vital to incorporate the potential moves of the enemies into one's own strategy.

Before the actual planning begins, the most important phase of Diplomacy takes place, though: the diplomacy. One player alone doesn't have much of a chance to achieve anything. So everybody has to try to find allies and coordinate his plans with them. Even with temporary allies, the basic rule is still “don't trust anybody”, though, because they can just as quickly become enemies again.

Putting that last part into a computer game is virtually impossible. No AI is good enough to match the cunning of human players. The complexity of some 'treaties' which human players can come up with can't be reproduced by computer controlled nations.

Virgin's version from 1990 comes as close as it can get. All the options are there, even specific moves / support requests can be requested from AI-controlled players, and they even sometimes take the initiative on these things. Still, the more human players, the better, of course.

Rules have been translated perfectly, graphics and controls are solid, but could be better. It isn't clear why the 'troop map' doesn't show sea tiles in the appropriate colour of the nation which currently controls them, for example. Just like giving commands without looking at the map at the same time can get a little tedious.

These minor technical aspects put aside, this is the best imaginable computer conversion of the board game. Recommended. 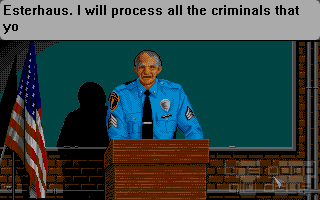