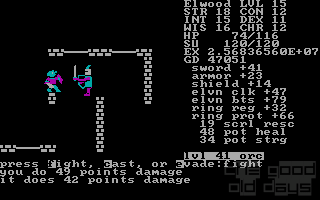 "Ah yes, my young fellows, I still remember when I first climbed down the stairs into this vile dungeon. All I had was the sword of my father and no clue how to use it. And then they came! Zombies, Skeletons, Orcs! I fought them all - barely made it out alive with the few coins I was able to find in the corners of the tunnels. Bandaging my wounds I made it to this very tavern and spent the night. But when the morning sun rose I knew I had to go back in there. I could not leave that dungeon unconquered. And so I travelled deeper. My skills got better, I got faster - soon I was starting to fight of demons and dragons - and the deeper I ventured into the caverns the deadlier they got!

One day then I came across a misty grey cube. I wondered and pondered... but then I decided to step inside. It asked me to name a number between one and fifty - and for I had heard of the rumors that the dungeon extended fifty floors into the ground I knew what would happen to me then. But could you have resisted? I see the hunger for adventure in your eyes es well, younglings! So I exclaimed 'Fifty!' - and the mists began to swirl.

At first I was a bit disappointed - everything looked just as in the upper levels I knew. The same dark tunnels... But then I heard a roaring in the distance. I peeked around the corner of the tunnel I was standing in... and I saw the biggest dragon you could imagine. It was bigger than this whole tavern we're sitting in. I ran as fast as I could. Slammed some doors behind me, evaded a bunch of ill-tempered orcs - just to run into a giant that nearly killed me with the first blow of his club. Crawling away from him I fortunately stumbled into a some sort of teleporter. That gave me a moment to gather the little I knew about casting spells to cure my wounds. I definitely wasn't fit to survive down here! Well... not yet. I knew I had a lot of training ahead. But first I had to escape back to the upper levels. Thinking about this I noticed something shimmering a few meters away. A pile of gold bigger than you could imagine! I stuffed as much of it as I could into my pockets - and below the pile I found a perfectly new elven cloak! Carefully searching my surroundings I couldn't believe my luck when I found another one of those misty grey cubes that got me back to a level I could survive in. But you can be sure it wasn't my last trip down there!

I can see you boys do not believe the tales of an old man! But now have a look at my sword, have you ever seen anything like this? Now tell me where else than the bottom of that foul dungeon would you find something like this?"

Now it's your turn to explore the dungeon of Telengard. It's 50 levels deep, full of monsters and treasures. You start of as a level 1 adventurer with just your basic sword, shield and armor. You can kill a gnoll or a hobbit, maybe an orc - but that's about it. And don't even think about attacking any monsters that are above level 1. You have to work your way up. Kill those monsters you can, collect as much treasure as you can and go back to the inn frequently. In the inn you can cash in gold for experience points - and you will want to gain levels fast. Once you reached a certain level you can think of going deeper and fight the harder monsters. Just don't forget that a level 1 dragon is still deadlier than a level 3 hobbit - keep that in mind! Nothing worse than being roasted a few tiles away from the inn when your pockets are full of gold. Which leads me to another point - saving your character. Now... how should I put it? Well, the moment you enter the dungeon your character is deleted and when you save (and exit the game) it is written back to disk. So if you die your character is lost. Simple as that. Now there IS ways around this. First thing is - if your character's name starts with “SV” it won't get deleted when you start playing. Second is - you can of course just make backups of the characterfile and copy those back in. Now you might laugh about it, but you'll remember that soon enough! For example when a hobbit comes and steals your shiny sword +78 or those elven boots +66. And yes, that happens. Some critters just love to show up and steal things instead of fighting. Nasty! And they nearly always take the goodies, not the healpotion or old shield you don't need anyway.

As for strategies how to be successful in Telengard I can give you a hint: Find one of the grey cubes, save while standing in front of it (make a backup!) and go down to level 50. Chances are that you will die pretty soon. BUT you could also find a really good item - if you do, immediately use a scroll of rescue and go to the nearest inn. Once you're up to a level that allows you to survive at least a while in the lower levels go and search for treasure. You cannot take gold with you when you use a scroll of rescue, so you will either have to travel all the way back up to level 1 or you will have to find a misty cube. However if you DO manage that you'll jump up quite a few levels. Once you can cast level 5 spells you can always just teleport up and down - basically from that point on your life is a hell of a lot easier.

But I don't want to promote cheating techniques here. The vast amount of time should still go into exploring the levels you can survive in - it's just more fun and more satisfying. Generally I find myself exploring levels just slightly above the level I can safely kill everything in. Basically you can expect to be able to kill everything up to your own level except for dragons - they can be tricky, sometimes you're lucky, but sometimes they breath fire and even a level 5 dragon can be a threat for a level 10 adventurer when things go bad. The lower monsters are not much of a threat - on level 10 your chances are still good to kill a level 30 gnoll or hobbit. Don't think you can mess with a level 90 hobbit though - I had a very nasty experience once of one giving me a backhand of well over 100 hp, which - needless to say - killed me instantly.

The pieces this game is made of are few - 20 different monsters, teleporters, misty cubes (which are just something like advanced teleporters), chests (which usually hold a lot of gold, but can be trapped with quite nasty traps - highest explosion measured so far was at 180 hp!), blinking boxes with buttons (open them by trial and error - but be aware that they hurt you when you're wrong, not as bad as chests though usually), fountains (which can heal you, harm you or make you drunk - I stopped using them when I found out they can also take away all your belongings!), altars (that usually expect you to give something and send some monsters your way if you don't) and thrones (which can increase or lower your stats when you read their runes or summon one extremely hard monster - well, hard for that level the throne is in). Basically there isn't much to be expected - add to that the fact that this whole game features whooping 4-color CGA-graphics - so what makes the fascination of Telengard? It's just building your character. Making it stronger, finding better items - finally being able to survive on a level, being able to take out dragons and making your way down to the really nasty levels. It seems pretty unbelievable to me how the programmer managed to cram 50 huge levels (and they ARE huge - I saw a photo of someone trying to map them out... it's pretty impossible - I saw over 10 pieces of A4 paper glued together and it still didn't even cover level 1!) into this 201kb piece of software, but he did! Okay - basically it's redundant - the monsters just have higher levels... but the game can still keep you addicted for a few weeks or even months.

This game is an early highlight of programmer technique, simple gameconcept and high level of addiction - it can be sorted into the category of roguelike games, but is not quite the same as the dungeon isn't randomized, it's always the same. I had this game lying around for years, just thinking of it as your typical standard rogueclone - it's more though.

Elwood:
Feel free to share anything about Telengard (1985) here!
[Reply] 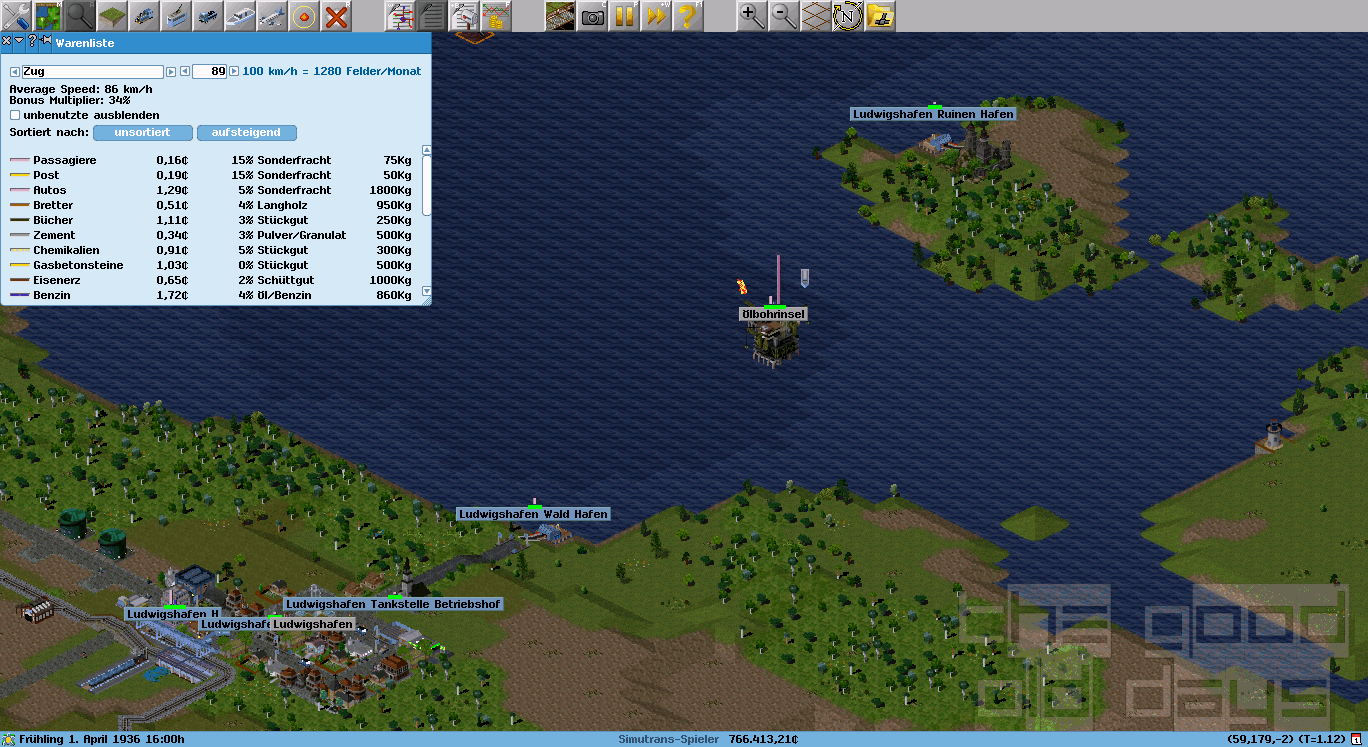