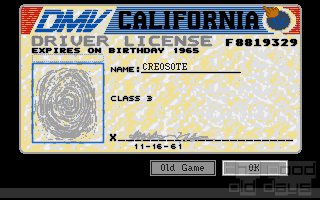 It's the early 60s. You're one of those 'cool rebels' who spend all day in their garage with their car. Tuning the motor, polishing it and in more intimate moments, probably even stroking it. However, what's the worth of a beautiful girlfriend which nobody else knows about? Exactly. That's why you're taking part in illegal road races.

There's just one place where people like you meet in your home town Los Angeles: Bob's Drive-In. Just pick one of the people who drive by in their car and challenge them either for a road race (exactly what you'll expect it to be) or a drag race (just a short straight track to test the competing cars' accelleration and top speed). 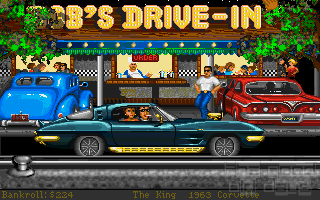 Of course, only total pussies race just for fun. So you race for money and hopefully win. Or (when you're certain enough you'll win) take the one challenge for real men and race for 'pink slips' - meaning the winner will get the loser's car. The final goal isn't to get rich, though. Who needs material goods anyway? It's to become the king of the road - by defeating the current 'King'.

To get there, your financial situation has to improve at least temporarily, because the King's black Corvette is obviously a far superior vehicle compared to your cheap piles of second hand metal. So you earn money by racing weaker opponents, use that money to buy new parts for your car, tune it to the maximum, race better opponents to earn more money to buy even better parts and so on.

Slowly climbing in the racers' hierarchy and getting the best out of your car in your garage is all fun. The building / tuning part isn't too complicated, so there's no need for a studied mechanic to master it. Racing is pretty straightforward, too. 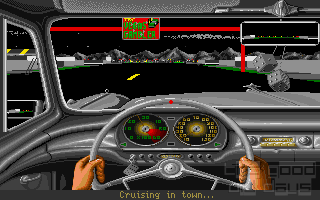 That's also where one of the game's biggest problems lies. For some reason, there only seems to be one single course to race on (one for every time you start a new game that is). Also, you'll quickly notice that there isn't any difference between any of the available car models. With the right equipment, their behaviour on the road and their top speeds don't differ at all.

There's also plenty of room for improvement. The roads are always totally empty, apart from randomly appearing police cars which will end the race and give out speeding tickets. If it's illegal road races, shouldn't there be 'uninvolved' traffic? Would have made driving a lot more interesting and less predictable. Also, considering he calls himself the 'King', the final hurdle towards winning the game is quite low (to say it another way: the King hardly deserves his name).

The unique (or at least 'seldomly used') general idea and the decent gameplay is certainly enough to make an above average game. For 'classic' status, Street Rod is way too limited and short, though. Get it for a short diversion. 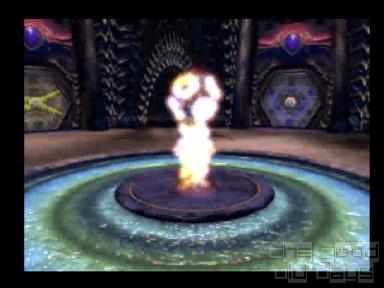