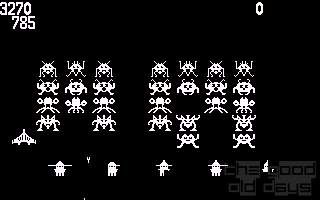 For all of those people that have been comatose for the past 30 or 40 years and woke up with a terrible craving for computer games, here's the deal. You pilot a ship (typically at the bottom of the screen) and shoot at aliens invading your home planet from behind barricades. The problem: they shoot back. Barricades get shot up and the aliens keep coming closer. They also get faster. The idea is to shoot them before they get you. Also, you get points for shooting them. But wait! There's more! Hard-to-hit bonus aliens move across the top of the screen, which give more points! And, in classic arcade style, the eventual point of the game is to get as high a score as possible. So, how does it work? Simple, just run SPACEVAD.EXE. You'll see a title screen with very clear instructions. Different from other space invaders game is the starting position of your craft. You start from the TOP of the screen, and have to pilot downwards through the mass of aliens. Why? No idea. Now, the question everyone will be asking now is: "I've seen a dozen of these games already. What's so special about this one?

Sadly, the answer is “not much”. The graphics are very clear and nice for the time, true. The instructions are nice, too. But the starting position is bad, and the bonus craft appear when you shoot. Yep, if you shoot from your starting position you'll get rammed. Plus, it makes the bonus craft very predictible. Another gripe I have with this game is that at the end, the aliens move too fast to hit them. It's pure luck. A slowdown util solves that, but will make the game at the beginning go much too slow. Apart from this, nothing much shines about it. It's simply a copy of another game with some changes that may be considered flaws. Even the sound (though nice) is completely the same as any other space invaders clone.

Therefore, this game gets a 2/6. It may be interesting for historic purposes, for people looking to program a simple game, or just for space invaders nuts (I know you're out there), but for the casual gamer, I predict less than 15 minutes of fun. 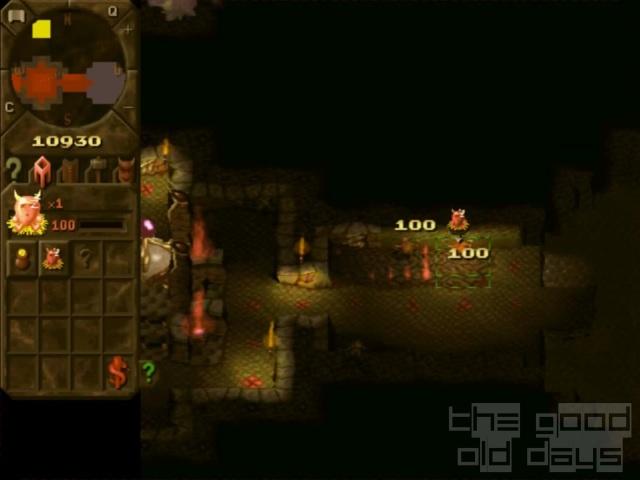