Police Quest: In Pursuit of the Death Angel
for Amiga (OCS/ECS) 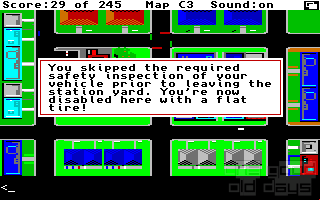 Police Quest, oh my, where to begin with this gem. If my love life would be with games, then Police Quest 1 would be my first and only true love.

Of course for me it's all nostalgia. At an age just being able to read some basic English, Police Quest introduced me into the world of law. Imagine a game with the same ambiance as shows like Starsky & Hutch or Hill Street Blues and being able to play out the daily life of a cop (for more of a Miami Vice sort of ambiance, go play Police Quest 2!). You get to do it all, chase bad guys, write out tickets and go deeply undercover. Not to mention, taking your mandatory showers and inspecting your vehicle. All right… maybe not every aspect is as exciting as you might think.

Personally, I feel the game depicts a pretty accurate way going through to hardships of being a cop. This might be confirmed by the fact the game was developed by former policeman Jim Walls. Jim Walls had been an officer himself for 15 years, but after a traumatizing shooting left the force. Afterwards he used his experience in developing games like Police Quest.

The game itself is set in the fictional town of Lytton. There, you play the role of traffic officer Sonny Bonds. As a traffic cop, you need to follow briefings, gear up and patrol in your car. During your patrolling adventures, Sonny bumps into several scenes where you have to use your resolving powers (no not REVOLVER powers!) to bring them to a good end, gathering up as much evidence where required and follow proper police procedures.

I remember playing this as a ten-year old and it felt like I was driving around in an actual city. Although other cars are just simple blocks moving in patterns, this felt like the Grand Theft Auto of that time. Of course this doesn't stand up much these days, especially if you play on high-end systems at full speed. Then you see how simplistic car movement actually was. Still, each great love is allowed to have minor flaws and at that time the town of Lytton appeared to be a living, breathing thing.

Speaking of flaws, Sierra games are known to be non-forgiving with the whole dying/restoring/restarting mechanics. Sonny can die and some deaths are just frustrating. Driving around can be very dangerous, especially if you haven't checked your wheels first. But that's ok. We, mere simple civilians, understand the risk of being an officer. There are drug dealers out there that would shoot you in the blink of an eye. Motorbike gangs that would beat you up for looking funny and drunk drivers on the verge of throwing up all over you. Other, smaller failures, will just give you less points. For example not being able to gather enough evidence to bring to the courtroom, or not following the exact procedures.

If you manage to survive long enough, you will find yourself in the wake of the Death Angel himself. The antagonist of the story. He's one bad guy… a drug dealer, a murderer, involved with prostitutes and illegal card games. Not to mention having several overdue library books! Near the end of the game, you get to go undercover, where you have to play several rounds of poker before you can finally attempt to end the show with a successful arrest and getting the girl of your dreams. That is, if you “play your cards right” (ba-dum-tss).

There you have it. One of Sierra's finest has it all. This simulator of being a cop has got the driving mini-game, the poker game, stakeouts, shootouts, lots of puzzles and simple yet effective artwork. Sounds are limited to your basic *beeps* and *bops*.

The shortest running of the common Sierra adventures. Does that say anything about its quality? Come on, we're talking about Sierra! As if these sillyheads had ever cared about consumer wishes or producing quality products!

Police Quest is aimed at a different target audience than the childish King's Quest for example. The designer was a retired policeman and the game claims to be 'authentic'. Whatever that means. After playing, you'll know. Or after reading this review of course. Simulating the 'real life' of a police officer (in the USA of course), i.e. no constant shoot-outs, cases aren't too spectacular and so on. Actually quite a unique and promising approach.

So gameplay can be described as 'daily routine': get to the police station, get your stuff out of your locker, attend the briefing, patrol the city. Still sounds good. I'm getting bored though, so let's get to the bashing.

It's the details which make this game fit well in Sierra's collection of crap! What's the point of being forced to search your own locker out of many different ones, after that searching your seat in the conference room and then searching your 'pigeonhole' (used for memos)? It doesn't matter if you're standing exactly in front of the right pixel! In real life, you'd know all this anyway, so it's not even realistic, but only stupid.

Next example: to go on patrol with your car, you first have to do a 'routine inspection'. And don't forget to fasten your seatbelt, otherwise you'll be sacked immediately! I'm aware that real police officers also have to stick to the traffic rules and are only allowed to use their siren in special cases, but is all this nitpicking really necessary? It's a game, it should be fun primarily!

Typical for Sierra, the game of course doesn't forgive you anything, i.e. every tiny mistake will immediately lead to death / suspension / whatever other reason to lose the game. Stupid. Just stupid.

So much about the nearly unplayable game. Last but not least, there is the horrible presentation. Graphics have been adopted 1:1 from the PC and even for PC-standards, they're bad! Imagine what that means for the superior Amiga (at least the colours aren't as ugly as in King's Quest)! Music is almost as bad as coming out of the notorious 'PC-speaker'. That's what you get from aiming a game solely at the US market!

The good idea makes Police Quest superior to most of Sierra's stuff. Execution is lousy though, so stay away from it!

Moebius:
Originally posted by Mr Creosote at 00:12 on April 28th, 2016:
Well, I played it from floppy… and even the price of floppy disks was frightening enough to think twice before sacrificing one just to store save games

I can imagine. Luckily for me, at the time of playing all these games the 5.25" floppies had become so worthless people would actually throw handfuls of those away, still in pretty good condition, no bad sectors and capable of countless rewrites. That's exactly how i got all of mine, i didn't buy a single one, and even if i really wanted to i still couldn't have, cause i hadn't even seen any of those for sale except for 3.5", of course. So, in the end by just getting it from different people my entire supply of 5.25" disks would amount to 100 i think, and i would often carry them and 3.5" ones around just to transfer something from CDs at other people's, friends', etc, cause CD-ROM was another challenge i wasn't quite ready for

Mr Creosote:
Well, I played it from floppy… and even the price of floppy disks was frightening enough to think twice before sacrificing one just to store save games

Moebius:
Quote:
Second, "just restore" may be easy these days, but keep in mind that back when the game was new, saving and restoring implied formatting a dedicated floppy disk and swapping back and forth for the data to be written/read. Quite annoying.

Heh, i can't say i played the game exactly at the time of its release, so i have to give up here. I had a 20mb hdd (ST-225 to be precise), and could make as many savegames as needed. I can only envy those lucky few who played and KNEW what computer games are like back in those days

It's been too long since I've played Police Quest, so I can't point out any specific cases. However, I encounter such issues all the time in adventure games.

Second, "just restore" may be easy these days, but keep in mind that back when the game was new, saving and restoring implied formatting a dedicated floppy disk and swapping back and forth for the data to be written/read. Quite annoying.

Moebius:
Somehow i can't relate to your experience, and Police Quest is pretty easy as it is in my opinion. I may have got stuck in it 1 or 2 times, one of which was the safety procedure (walk around the car etc) and another i can no longer recall, but i would always figure it out somehow. By the way, how else do you lose objects unless giving them away which typically brings up the sierra's all-time sarcastic dialogue box "Hey thanks! But you'll never get it back!"? I never had an issue like that, to be honest, and most adventure games including Sierra's are so made that you can't really do anything terminally wrong and somehow get away with it, unless it's plain obvious you have lost. I don't recall that at all.
Mr Creosote:
Originally posted by Moebius at 20:40 on April 27th, 2016:
Quote:
Speaking of flaws, Sierra games are known to be non-forgiving with the whole dying/restoring/restarting mechanics. Sonny can die and some deaths are just frustrating.

...honestly, i still don't get why people are so fixated on it. Save & Restore, and you're good to go.

Just that it isn't always that easy, is it? If you forgot to do something way back, didn't pick something up or lost an important object, you've been in a dead end for hours or days without knowing it – and even if you were willing to retread all those steps from there (assuming you even know where you took that "wrong" step), you may not even have a save game from that long ago!
Moebius:

Ah, my very first adventure, played it on XT-compatible in CGA-composite mode. Looked ugly as hell, but it was repayed amply with interest. Like you i was making some baby steps in english with this game, but i was a bit older than you, around 14-15 i think. But this:

Quote:
Speaking of flaws, Sierra games are known to be non-forgiving with the whole dying/restoring/restarting mechanics. Sonny can die and some deaths are just frustrating.

...honestly, i still don't get why people are so fixated on it. Save & Restore, and you're good to go. Besides, isn't it fun to find out exactly how things may turn out unless you follow the correct path?

Mr Creosote:
Feel free to share anything about Police Quest: In Pursuit of the Death Angel (1987) here!
[Reply] 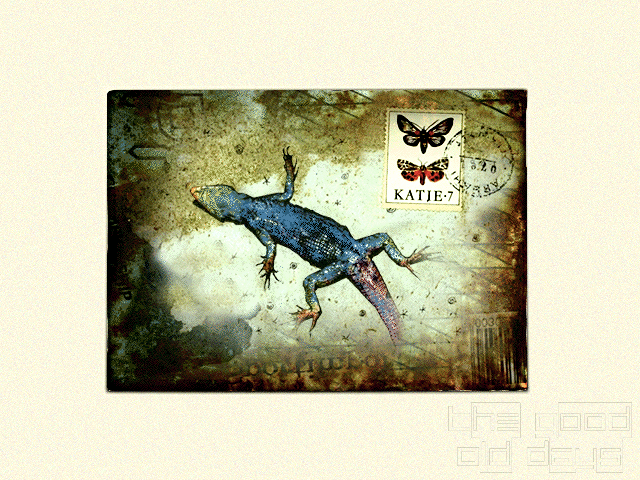