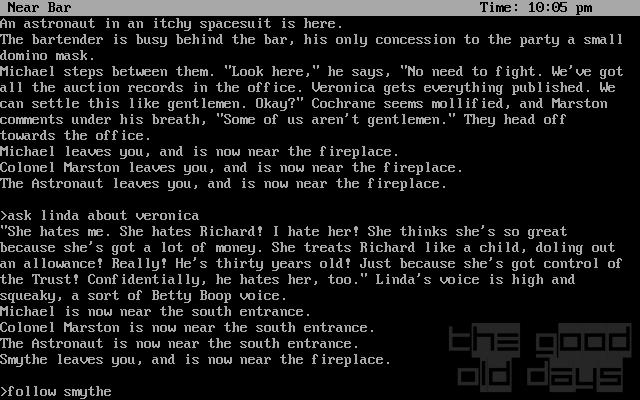 Yet another case of murder in yet another feudal mansion. And yet another time, it's up to you to solve the case before time runs out. Only this time, there's a twist to the usual procedure: You're not the police detective called to the scene of crime, but the main suspect. It all began with an invitation from Veronica Ashcroft to her annual Halloween costume party. What a chance to write an article for your paper about this event of the high society!

Just as you're starting to enjoy it in spite of your silly cowboy costume (after all, everybody else is dressed in an equally ridiculous way), news spreads around the ball room that the hostess has been found dead in the office. Strangled with your lariat which you had put down somewhere when you got tired of carrying it around. It looks like a case of “guilty until proven innocent” - and the only person with a motive to search for evidence for that is yourself...

In spite of this change of perspective, Suspect offers the usual ingredients of the mystery genre: searching all rooms for clues, listening to other people's conversations, observing actions and so on. It also doesn't solve the inherent problem of what happens if you're not in the right place at the right time. So, the usual warning about it not being possible to solve the game in one go applies.

The usual places to look for a mystery game's strong sides are plot construction and characterization. Suspect scores on both counts. There's an interesting, deceptive twist to what you think you're witnessing on the party, and the clues you have to gather are both numerous and impressively diverse in their nature. The amount of characters is just right to provide enough of a smokescreen diverting the player from guessing the solution too easily, and also providing many satisfying plot branches which, although eventually irrelevant to the solution, are very entertaining to follow.

On the whole, Suspect is probably the perfect link between the short & easy Witness and the complicated & hard Deadline. It even makes the whole 'not much time' scenario more plausible than the other two. And much more than most games of the genre, it succeeds in creating a believable small world which seems to work by its own rules and doesn't just passively react to the actions of the player. Prepare yourself for an entertaining and thrilling ride! 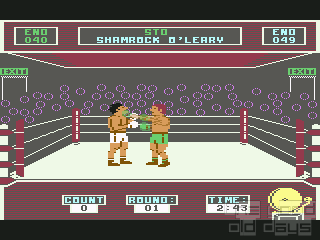