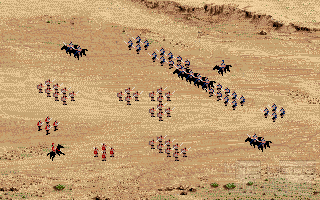 Centurion: Defender of Rome was one of those overly complex yet simplistic games that had their heyday in late 1980s and early 90s. Designed by Kellyn Beck, the mastermind behind Defender of the Crown, the game is built on the same principles, only set into a different time period.

In Centurion, you assume the role of a Roman legionnaire at a time when the Romans conquered the Italian peninsular. Your task is to rule the whole world by conquering all the provinces on the map. As you progress, your rank grows as well: from a Centurion, you become a General, Praetor, Consul, and finally Caesar (I skipped a few levels; there's eight of them). You can become Caesar only when the whole map is conquered. At that moment, the game ends. (A historical note: some people were complaining about the lack of historical accuracy, pointing out that some provinces you need to conquer, such as Britannia, were never conquered by Caesar. Caesar, however, is not only the name of a certain emperor. Caesar means emperor; after Caesar's death, it became the official title of the ruler of the Roman Empire, so the game is accurate in this aspect.)

You have basically two choices when expanding: you can either invade a neutral province or try to annex it by diplomatic means. The diplomatic option, however, is very flawed. Diplomatic events are heavily scripted and unless you played the game several times over, you will not know when to attempt it. As a consequence, you'll have serious problems to convince anybody to join you by diplomatic means. As a consequence, military conquest will be your only choice.

In order to invade a province, you need an army. However, drafting an army makes people unhappy, and so you need to hold gladiator games or chariot races. Both games play on special screens and represent the arcade aspect of the game. To hold these games (and win them), however, you need to spend lots of money. To get this money, you need to get enough tax revenue by annexing enough provinces. The circle is now complete.

That's not all. With conquering a province your troubles are only starting. Now you need to keep your citizens happy, or at least content. There are four levels of happiness for each province, and often you will face revolts. To make matters worse, you will be constantly attacked by barbarians, and the fact that Rome itself can revolt (in which case all revenue ceases) does not make the game any easier.

I've said a lot about conquest, but nothing about battles yet. In my opinion, the battles are the best part of the game. Before the battle, you will need to select one of the standard Roman formations. Once you engage in battle, however, you can always stop it (the battles are in real time) and assign specific orders to your troops. When I say that battles take place in real time, I mean real time, the Roman way. The armies are massive, and can easily contain a few thousand soldiers. The enemies approach relatively slowly, as do your men, but they also take their time to change directions or ways of attack. This creates a very unique atmosphere, which makes the battles look very realistic.

On the downside, sea battles seem like they were left unfinished. A lot is dependent on aspects that you cannot influence, such as the quality of the ships. The game, however, has more downsides than that. Probably the biggest problem is a very bad balance. The enemy can raise virtually unlimited numbers of armies, at no cost of the local population. In addition, while ships cost you massive amounts of money, in the later game you will be plagued by so many ships that Bill Gates would have problems paying for all of them. The designers created this imbalance because they simply could not give the enemy a decent enough A.I. to pose any challenge to Rome. They've had a hard task to begin with: Rome had very little opposition in Europe. However, for some weird reason, the developers ignored the strength of Cartage, Egypt and Persia, which are reduced to simple provinces in this game. True, you will get the chance to meet and seduce Cleopatra, but Egypt seems to pose less threat than, let's say, the backwater province of Dacia.

Overall, the game is worth playing. You will find it entertaining enough to keep it on your hard drive for some time. However, it is a little overrated. While featuring an interesting concept (which is not too original, however), the game tries very hard to be complex, yet never abandons a very simplistic economic model. In addition, the game is unbalanced, which will be a major source of frustration as you play it.

Herr M.:
Well, back then it seemed rather deep to me, since I did not have that many strategy games to compare it to.

But I guess you are right: There were already lots of more complex titles even in when this one was brand new.
Mr Creosote:
Originally posted by Herr M. at 06:36 on September 11th, 2019:
I had my share of fun with it nevertheless, but it is a prime example that especially strategy games have come a very long way by now.
Hm, not sure it really shows that. Centurion has never been considered a "deep" game even when it was brand new.
Herr M.:

NetDanzr:
Feel free to share anything about Centurion: Defender of Rome (1990) here!
[Reply] 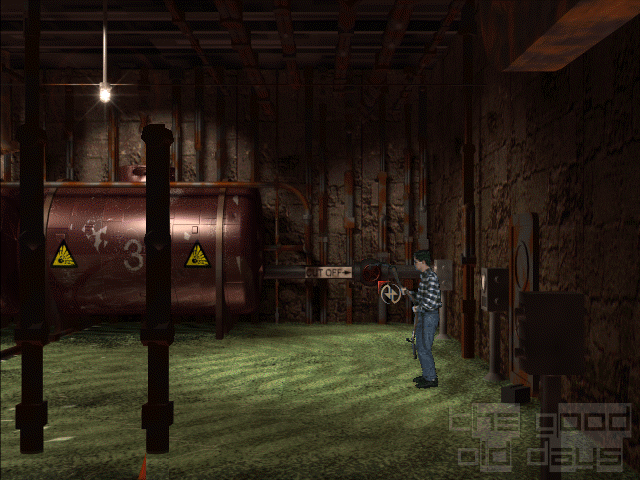