Defender of the Crown
for PC (DOS) 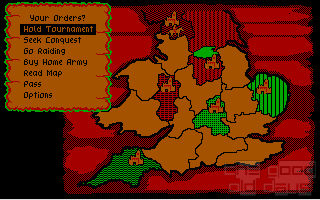 Cinemaware was always known for producing very unique games, merging strategy, adventure and action. One of its first game, Defender of the Crown, has set this trend, which has proven to be the winning combination for years to come. The game was also the first designer work of Kellyn Beck, who while later designing such great games as S.D.I., Rocket Ranger and Centurion: Defender of Rome, will always be remembered for his best game, Defender of the Crown.

The game takes place in the medieval England, where Saxon and Norman lords fight for domination. You will be able to choose from four Saxon lords, the computer will control two of the remaining Saxons and all three Normans. You will start out relatively weak, with only one castle and ten soldiers. With the help of Robin of Locksley (only advice), though, you will work your way towards the ultimate goal: conquering all England. To do so, you will need to conquer the capital of each of your opponents. To make matters worse, while the Normans present a united front, your Saxon friends' favorite past time will be backstabbing you.

The game plays out in three basic modes. The strategy mode is the most self-explanatory one. You will amass an army and in a series of battles, advance to the enemy capital and try to take it. The second mode, the one the game is best known for, is the jousting mode. Here, you will gallop against an enemy knight and try to knock him down from his saddle. The reward is either fame (reputation increase) or land. The third mode is a side scrolling combat, called “raid”, where your goal is either to defeat the enemy for money or capture the damsel in distress.

The game was almost perfect. The blend of the three styles was superb, balancing the game very well. Some more subtle requirements, such as the necessity for high reputation and the need to fill your war chest required the player to engage into all three major activities. The cut scenes and great music (in the Amiga and EGA versions) just enhanced the overall experience. The graphics were unsurpassed. The Amiga version served for many retailers as a demo to present the graphical capabilities of the computer. The EGA version closely copied these graphics. The CGA version was much weaker. At four colors, the game lacked in detail and realism. However, the “shaking” screen during the joust has completely offset this deficiency.

I have only one gripe about the game: sometimes, finishing it would be pretty simple, other times nearly impossible. The game used some kind of algorithm I never figured out that set the difficulty level. There were games where I moved across England unchallenged, and other games where I was almost immediately attacked (and killed) by two or more factions and where I suddenly could not find my aim in the arcade sequences, while the enemy always found the target.

In 2002, Cinemaware has released the game with much improved graphics. It is sad that the result was less than stellar: the graphics were a notch below present standards, and the current gaming market does not appreciate this kind of complex games anymore. However, Cinemaware is also one of only a handful companies that cares about its old games, and offers the game for free download on its site. It would be a shame to pass on the opportunity to play one of the greatest games of all time?

NetDanzr:
Feel free to share anything about Defender of the Crown (1987) here!
[Reply] 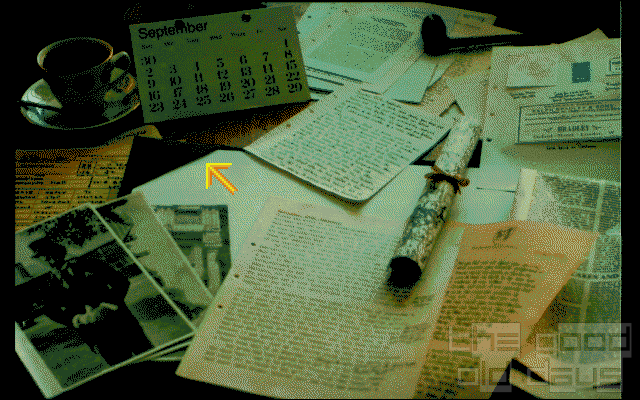