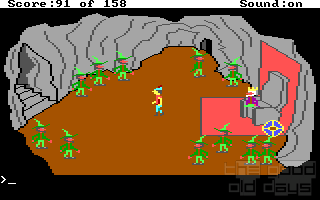 The “3-D” effects (meaning you could walk around, behind, etc. an object) was very impressive for the time. Most people were used to seeing a flat 2-D picture. And no animation to follow it. This was a rare game that not only gave us another perspective, animated characters and sound effects, but was one of the first games to use 16 colors. IBM couldn't wait to show the game off on their PCjr. And while the computer wasn't popular and quickly died in the market place, many people were drawn to the animated adventure game. 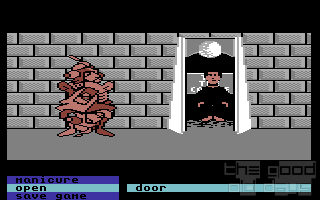